The lines were quickly drawn when it came to which amusement parks we would be visiting during our Orlando Vacation. Basically there were two camps: Team Thrill Junkies and Team Wildlife. Somehow that line was evenly divided between the guys (Adrenaline Junkies) and the girls (Wildlife) with one exception – me. And that is how I ended up at Universal Studios and Islands of Adventure with my husband, brother-in-law and father-in-law. As the only one who had ever been to the parks – and the only girl – I made it my mission to show these boys the BEST rides at Universal Orlando: all of the awesome, old school and adrenaline boosting rides they could handle. But first, to pick up our Express Passes. I think these made the guys day and they are so worth it. With wait times of up to two hours there is no way we could have ridden all of the rides we did without them. I highly recommend getting the fast passes for your family. Once we were through the gates I took the guys to my favorite ride: The Amazing Adventures of Spider-Man® to battle villians in a 3-D thriller. This ride is intense from beginning to end. It was upwards of 85 degrees midway through the day and the heat was inescapable. So we headed to the  The Jurassic Park River Adventure to cool off via an 85 foot plunge down a waterfall. Just like in the movie, this ride begins nice and leisurely. Our boat was ‘oohing’ and ‘ahhing’ over the amazing life like dinosaurs as we floated down a lazy river stream. And then things went very, very wrong. Sirens we’re wailing, red lights were flashing and we ran into scarier and scarier prehistoric beast until we came face to face with the great T-Rex.

Also read:  Travel Tips from a Local: Things to Do in Charleston, SC The Incredible Hulk Coaster launches you from zero to 40 mph in two seconds flat. There are no fancy bells and whistles just a lot of old school scream inducing twist and turns. In fact, this was a little too intense for some members of our group. Only two of us rode!

Meanwhile, Over at Universal Studios

Again, we headed to one of my favorite rides! On Transformers: The Ride 3D you’ll find yourself filing the shows of a N*E*S*T recruit working the front lines  to help the Autobots keep the Allspark from the Decepticons. We fought hard along side Optimus Prime and Bumblebee and eventually were victors. But not before one of us screamed (hint: it wasn’t me). I was calm, cool and collected. Just call me Mikaela Banes.

Bonus: alongside the building there are frequent photo opps throughout the day with everyones favorite autobot, Bumble Bee! Then we meandered along the streets toward the French Quarter running into numerous cast members getting ready for the Marti Gras Parade!

The spirit of Mardi Gras isn’t bound to the Big Easy; the connection sparks as the parade rolls by, as the beads fill the air, when the music swells as the stage lights rise. And now you can be a part of it all at Universal Studios Mardi Gras Grand Celebration . Come join the party with a dazzling parade, beads by the handful, and the most amazing concert line-up ever.

The parade was amazing and bonus family friendly! Nothing x rated was needed to get these beads. And then we happened upon Disaster Studios inside a very unassuming building. We entered. Thats when we began a journey behind the scenes at Disaster Studios, learning the secrets of disaster films from the “Master of Mayhem” himself, self-proclaimed genius Frank Kincaid. Along the way we got to see how awesome stunts and specials effects were created. Including a cataclysmic earthquake where pillars crumble, trucks crash and explode in flames and a runaway train headed right for us.

Also read:  Bahamian Junkanoo: The Celebration of Life and Culture

As the park began to wind down for the evening we continued to wind our way through Universal Studios when this building caught our eye. Say what?! Men In Black! My husband loves this movie, okay I do too. So of course we had to check it out. We were quickly recruited as rookies to help protect Earth from Aliens in an old school Alien Attack! Chasing aliens through the streets of New York zapping them to smithereens. There were 120 different alien species, many created specifically for this thrill ride. It was some old school arcade laser-tag fun inside an interactive ride and the perfect way to end our day.

If you’re thinking of taking an Orlando Vacation make sure you check out the newly opened Cabana Bay Beach Resort. The new hotel is like a destination within itself. Cabana Bay guests have access to awesome amenities throughout the hotel, including:

And this summer, guests will be able to enjoy even more incredible amenities, including a second 8,000-square-foot zero entry pool, Universal Orlando’s first lazy river at an on-site hotel, The Hideaway Bar & Grill, and additional rooms. When complete, Universal’s Cabana Bay Beach Resort will feature a total of 1,800 rooms – 900 family suites and 900 standard guest rooms with rates as low as $39 a night.

A big thank you to Universal Studios and Islands of Adventure for providing complimentary passes to the my family, all opinions are ours. 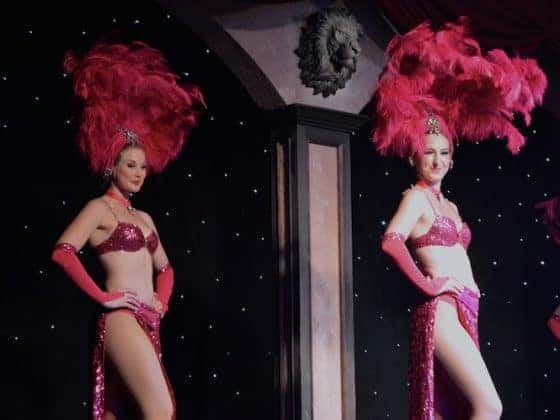 Good Natured Fun and Food at Treasure Tavern in Orlando 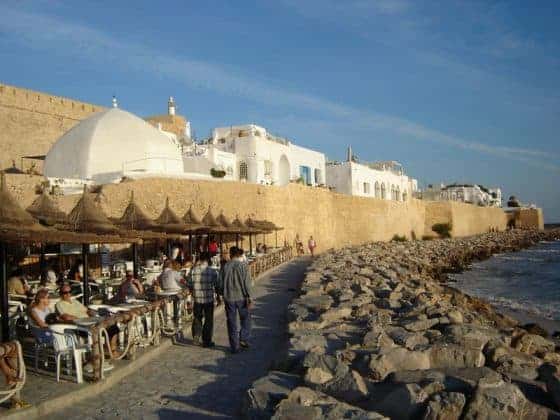 The Tastes, Sights and Sounds of Tunisia