Only a short flight away from Europe but with a distinctly different culture, the North African country of Tunisia is a low-cost holiday destination with a difference. As renowned for its beaches as it is for its wealth of historic sites, you can enjoy the region’s culture, history and natural beauty all in one go. Here are some of the highlights of Tunisia holidays. 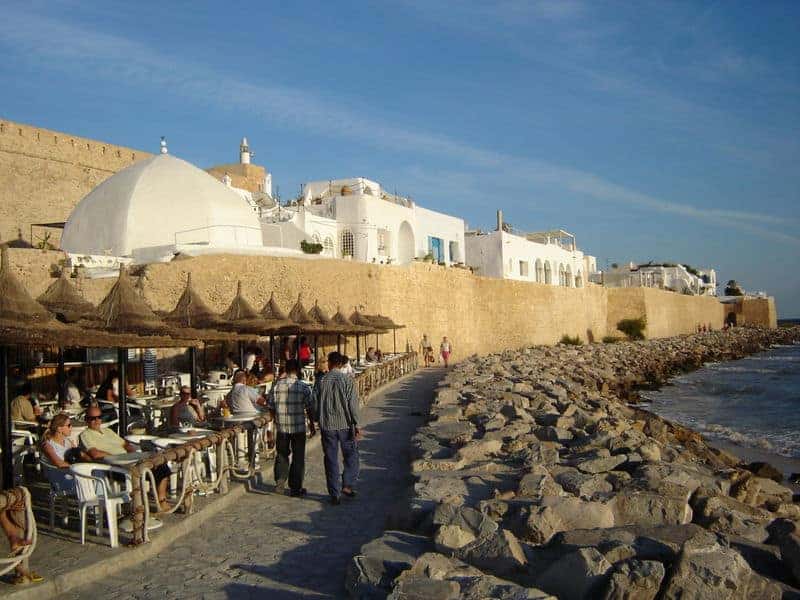 Mouth-watering spicy aromas fill the streets of the capital, Tunis, where you can take your pick of traditional tagines and stews filled with tangy tomato flavours, Mediterranean vegetables and marinated meat.

Plump dried fruits, nuts and Arabic sweets create a feast for the senses in the country’s many markets with the scents of coriander, cumin, cinnamon, mint and frying chillies spilling from restaurants doors. It’s the blend of influences that make the tastes of Tunisia so unique. The tagine is the favoured cooking method of the nomadic desert berbers, whilst other Mediterranean countries have influenced the sauces and spices used. Mint tea, tagine, harissa and couscous will be staples on your Tunisia trip.

Tunisia has been ruled by the Romans, Arabs, Turks and French over the centuries and while each culture has left their mark on the landscape, it’s the Roman legacy that’s most impressive. The ruined cities of Carthage and Dougga and the El Djem amphitheatre are considered to be the most impressive Roman ruins in Africa. The Bardo Museum in Tunis also houses a world-class collection of Roman mosaics.

Beyond Roman sites there is plenty more to discover. The ancient holy city of Kairouan, founded in 670 AD, is a UNESCO World Heritage site. The city’s 9th century Great Mosque is one of the major monuments of the Islam religion, and the bustling medina is the best place in the country to buy a traditionally made carpet.

The Sands of Tunisia

With 650 miles of Mediterranean coastline it’s no wonder that Tunisia has become a popular beach-holiday destination. The combination of sandy beaches, North African climate and unique culture appeals to couples, families and low-budget travelers alike.

There is also an abundance of luxury resorts with Hammamet and Sousse being the most popular locations. If you’re seeking adventure rather than relaxation then you might want to explore the country’s other sands. The Sahara Desert lies to the south, and you can take a camel ride or jeep safari to explore the golden dunes. It’s in this area of Tunisia that iconic scenes in Star Wars and The English Patient were filmed.

Tunisia really does have something for everyone, whether you’re on a family holiday with the kids or backpacking North Africa. Which areas of the country would you most like to explore?

1 thought on “The Tastes, Sights and Sounds of Tunisia”