If you’re a fan of the first Rio, then you’re definitely going to love Rio 2! You’ve already seen us raving about the awesome music, lush scenery and colorful characters in this latest installment from director Carlos Saldanha. Being Brazilian, Carlos wanted to share his culture by making a film that was close to his heart. I was thrilled to hear firsthand from him just how personal a project this was for him. Before I sat down with him, I just had to say hello to my little feathery friends! 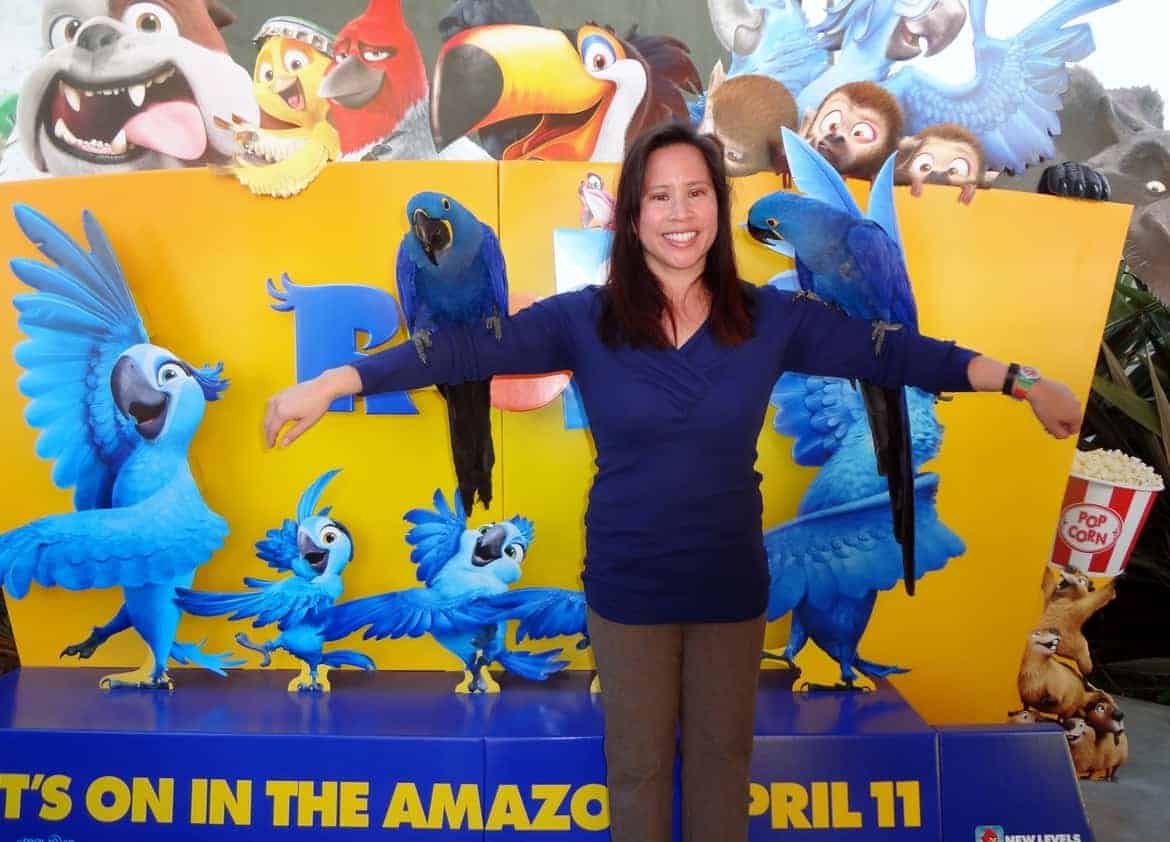 When asked what was different between making Rio and the sequel, Carlos responded “The Amazon, getting into that world was very different than the first one, because [with] the first one the challenge was to do the city of Rio.” He went on to explain how the team had to do a lot of research on the Amazon, finding out what trees and animals lived there in the rainforest.

One of my favorite scenes that he previewed for us was when Roberto, played by Grammy winner Bruno Mars, serenades Jewel with a welcome back song. I was thrilled to learn the backstory behind the casting of Bruno Mars. Carlos saw “Saturday Night Live” and found Bruno’s performance funny and charming. 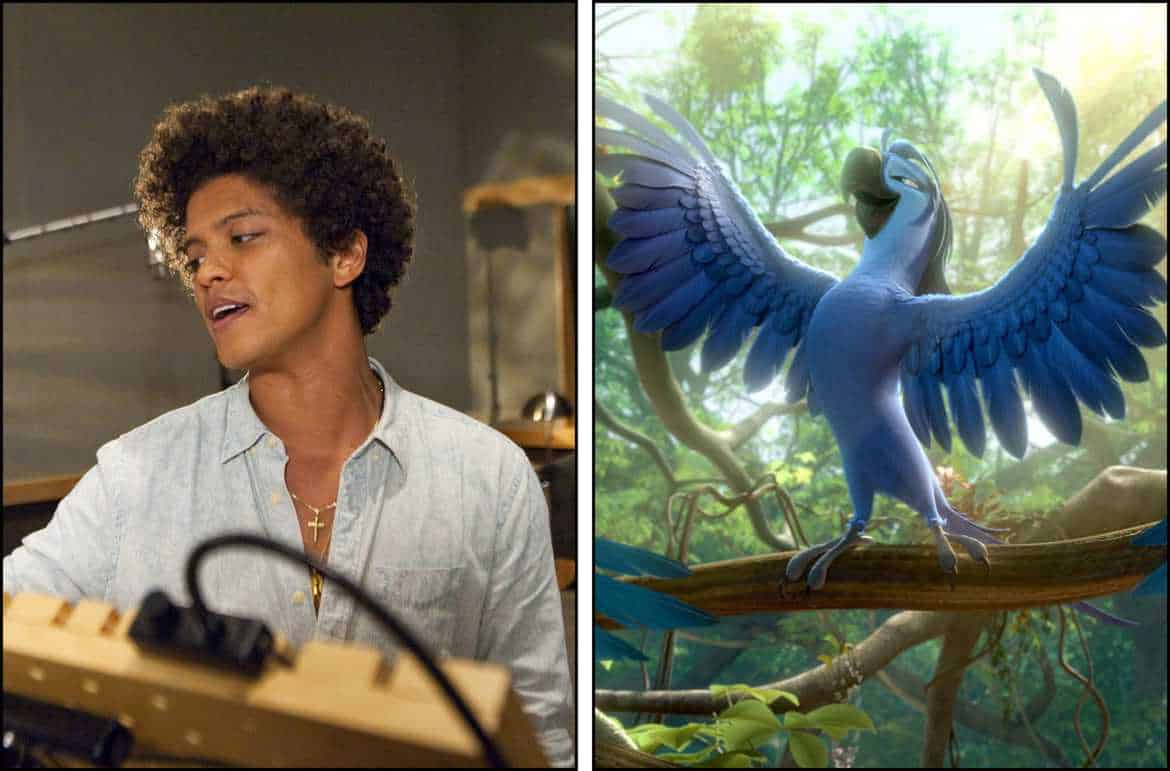 Originally he wasn’t meant to sing in the movie, they wanted him strictly for his acting. But Carlos wanted to collaborate with him so they got Bruno in a recording booth and had him sing a song that he wrote on the fly with his writing partner Philip Lawrence. It’s that a capella song that got Carlos and the animators so excited about the character and the rest is history!

Since the first movie dealt with mostly the city of Rio, he really wanted to push the color of this movie because it was set in the Amazon. Carlos urged his art director to make the colors bright in the film. He tried to aim for the true beauty in nature and replicate that lush palette.

Carlos has many favorite moments in the film. However his biggest connection is to the musical numbers, especially the one following the reunion between Jewel and her father. Creating that musical sequence with the visual explosion of all the birds dancing and singing was a nice wholesome moment that illustrated the backstory of Jewel.

The funny characters and toe-tapping music will definitely have people flocking to the theaters. However it’s the themes of family, parenting and being good to the environment that will warm your heart.

Thank you 20th Century Fox for the use of these photos and for inviting me to this press event. All opinions are my own.

5 thoughts on “Bruno Mars in #Rio2? This Interview is for the Birds!”