This evening I indulged. Looking up brilliant blue Florida sky I noticed the white fluffy clouds slowly rolling by. In my ears rang the sound of my daughter’s laughter as she splashed about in the pool beside. Adjusting my very pregnant body, I rolled slightly to my side on the comfortable outdoor sofa and watched the sunlight catch her hair while her dad tossed her in the air. It had been a very long few months. This pregnancy has been hard on me, and thus all of us, and we needed today. She needed the chance to be loud and silly and crazy. I needed to get out of the stifling house and indulge a bit.

Glancing back to my tablet, I burrowed deeper into the sofa and split my attention between the sounds of my daughter and the magazines at hand. After weeks of cooking (or ordering in) the simplest dinners possible, I’ve been craving variety on our dinner menu and I was determined to find a recipe that inspired me. The only problem was that I kept getting side tracked by all of the other things I wanted to read, thanks to Texture‘s New & Noteworthy feature. It keeps a reader “in the know” about relevant topics based on magazines favorited. There was an HGTV article about making your aparment a more personal space, another from Time offering an overview of the Pope’s recent visit to America, and lastly, one titled “Raise a Happy, Confident Girl”, prompting me to glance back over at my little ray of sunshine. Once those articles had been queued to the “Read Later” in My Collection, I was back to the task at hand – a new recipe.

Also read:  Can The Nokia Lumia Icon Keep Up On Our Family Vacation?

After browsing a while, I decided to utilize Texture’s Search & Explore feature to look for “cast iron” recipes within the extensive magazine database. I had been wanting to get more creative with my cast ironware. Bingo! The third and fourth articles had me drooling. The first was for Cast-Iron Cowboy Steak (via Southern Living). Mmm, how did they know I was such a carnivore? Even better, the recipe only called for 6 ingredients. I am an exhausted carnivore after all. The fourth article titled “3 Quick and Easy Skillet Veggies” offered the perfect compliments to this Cast-Iron Cowboy Steak.

The recipes included Braised White Turnips, Cast-Iron Blistered Brussels Sprouts and Charred Peppers with Feta Dipping Sauce. You’re drooling now, right? I was too. But visions of dancing steaks (okay and cowboys) were quickly cleared from my head when I heard my family soggily climb from the pool.

Their wet foot steps grew quieter as they drew near or perhaps it was that her tears grew louder. Either way, I quickly discovered that the pool water, which had been only “a little cold” earlier was now “so, so, so cold.” Our indulgence was over for now. Saving the recipes to my new “Recipe” collection in My Collections so I could try them out this weekend, we then packed up the numerous dripping pool toys. I was thankful not to have actual paper magazines in hand as it was quickly apparent that the one who did all the swimming would not be the one carrying all of the toys back to house.

It was fun while it lasted and I had a feeling things would be getting back to normal soon. Which is great because I plan on taking advantage of Texture’s digital magazine app for more articles soon. I had recipes, health articles, far off places and current events to catch up on.

[infobox]Now through October 29th, Texture users have the chance to win their choice of either a GoPro HERO4 Session, a Tory Burch Quilted Clutch, or an Xbox One. You just need to sign up for Texture, start a free 30-day trial, and use the app. Every other day, they will be randomly selecting a Texture user to win.[/infobox] 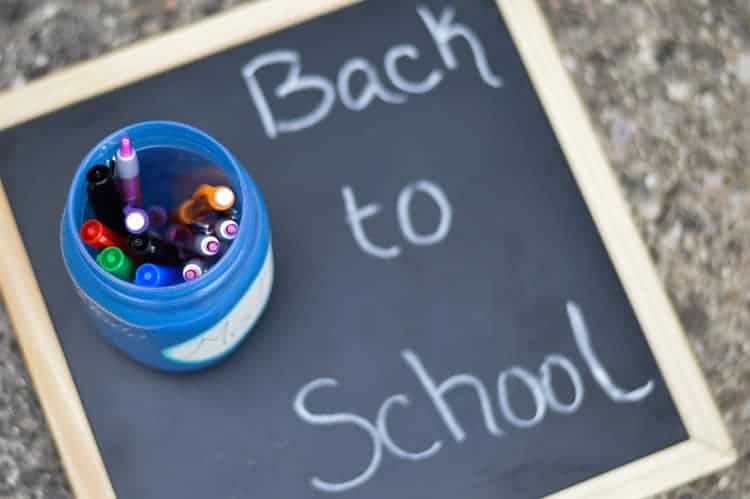 How we found peace of mind after being robbed