Although we’ve been to Disneyland plenty of times, we’ve never been for Halloween. At first I wasn’t sure what to expect from Mickey’s Not So Scary Halloween Party, but turns out it’s exactly what it sounds like! Not so scary and full of Disney Magic.

Mickey’s Halloween Party is one of the few times during the year that Disney Villains are out taking pictures and greeting guest along with the “usual” Disney and Pixar lineup. It is also the only time you are allowed to enter Disneyland in costume! Here for just 13 nights in September and October, you’ll definitely want to look into purchasing your tickets early for this separate ticket event (meaning you regular Disneyland entrance pass will not get you into this special party!). Why buy early? Because you can do it online, you’ll get a discount AND you can choose your night and not have to worry about it selling out! 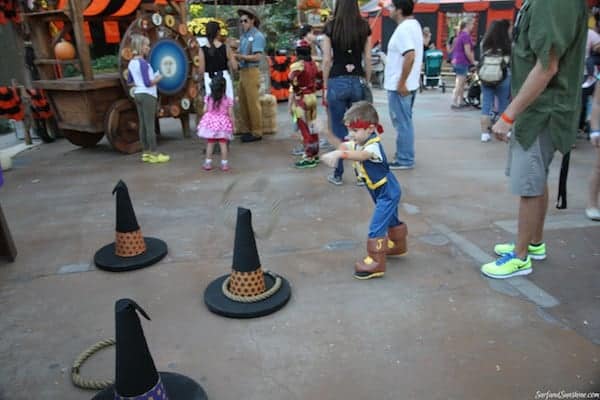 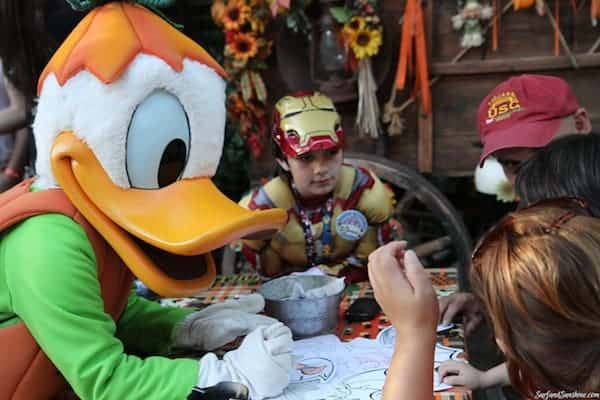 all while listening to music and interacting with Disney characters! Whistler loved being able to meet Chip and Dale. 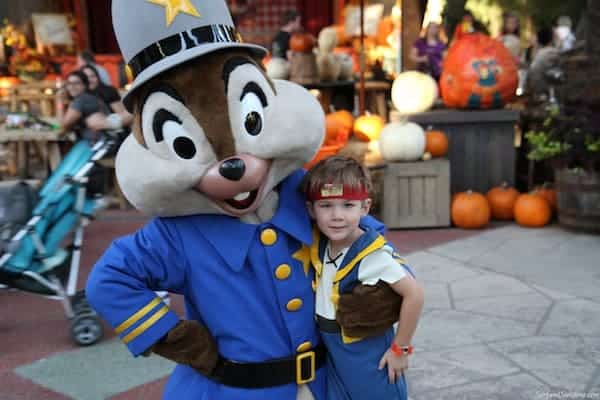 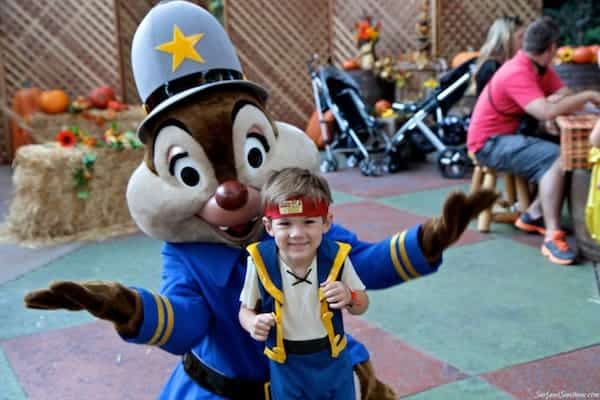 And we even got photo bombed by Mickey while we were trying to take photos of the Monsters University pumpkins. What a riot! 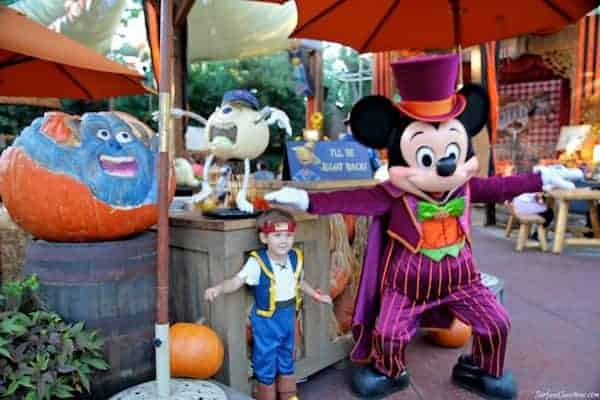 Also within Big Thunder Ranch you’ll find the popular Pirates League! Captain Jack and his crew are searching for new recruits and you will never guess who they wanted? Whistler! The Pirates League transformed him into a pint-size swashbuckling pirate the likes of which made Captain Jack quake in his boots.

First things first. A pirate must be christened with his (or her) Official Pirate Name from the leather-bound captain’s log. Next you’re off to the Muster Station where he was given a marauder’s makeover as the adventurer of his choosing:

The First Mate and Empress Packages (starting at $29.95 plus tax):

Kids can choose from a Cursed Pirate, Captain Hook, Captain Jack, Blackeyed Jack or Shimmer Makeup. But no respectable pirate is complete without a few accessories. Kids also get a reversible bandana, earring and eye patch, sword and sheather, The Pirate League Bag, a temporary tattoo, and unique pirate coin necklace.

Jake and the Never Land Pirates Deluxe Package (starting at $44.95 plus tax):

Prepare ye self for scurvy adventures on the open ocean with tall tales of sunken ships and buried treasure, and train in buccaneer maneuvers with instruction from the Pirate Masters—yer no longer a landlubber, matie!

Of course we went with Jake and the Never Land Pirates! 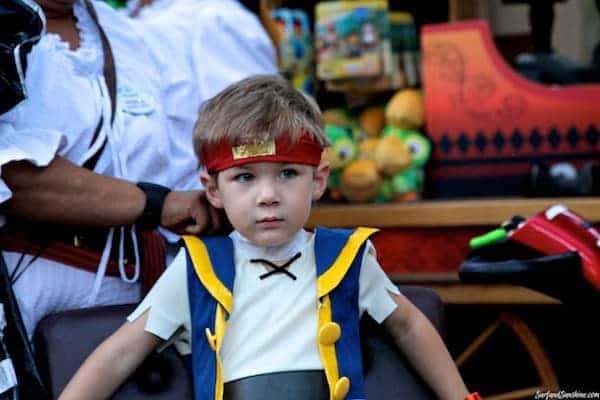 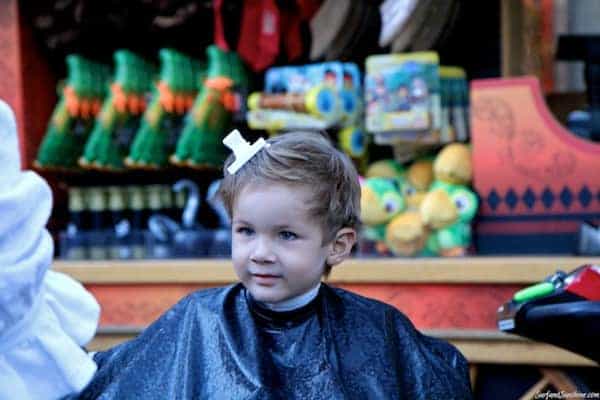 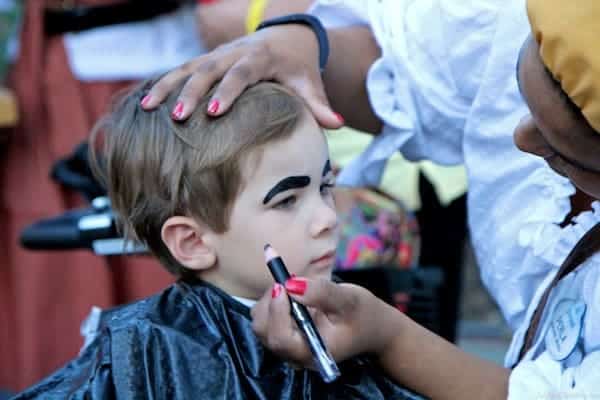 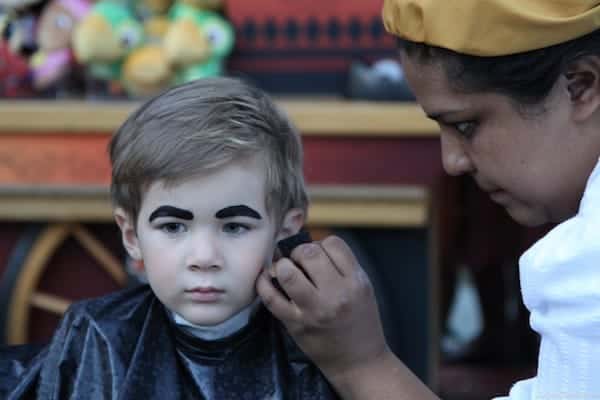 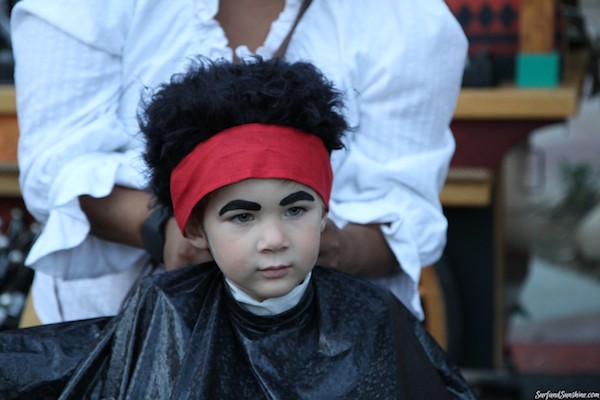 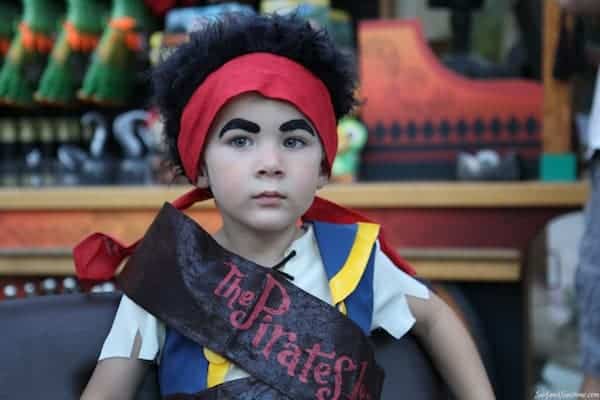 Now that he’s been christened with his Official Pirate moniker and a complete makeover it’s only a matter of swearing to be a pirate for all your days in the personalized pirate oath…. 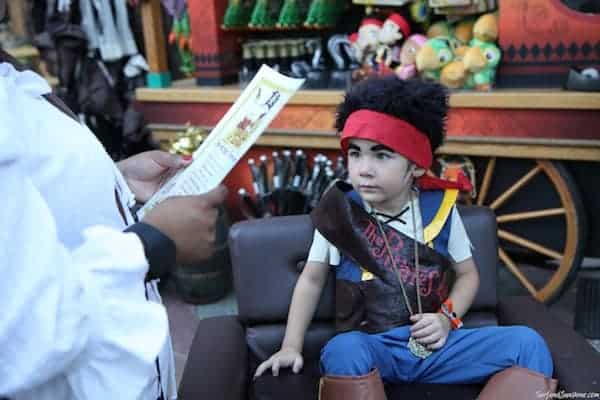 and one more secret surprise.  You’ll have to earn your stripes to find out what it is though—dead mean tell no tales! 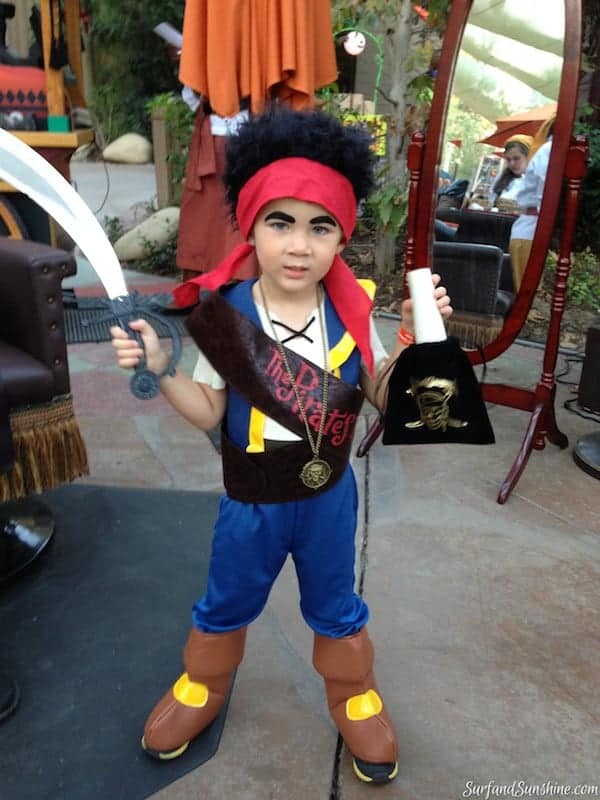 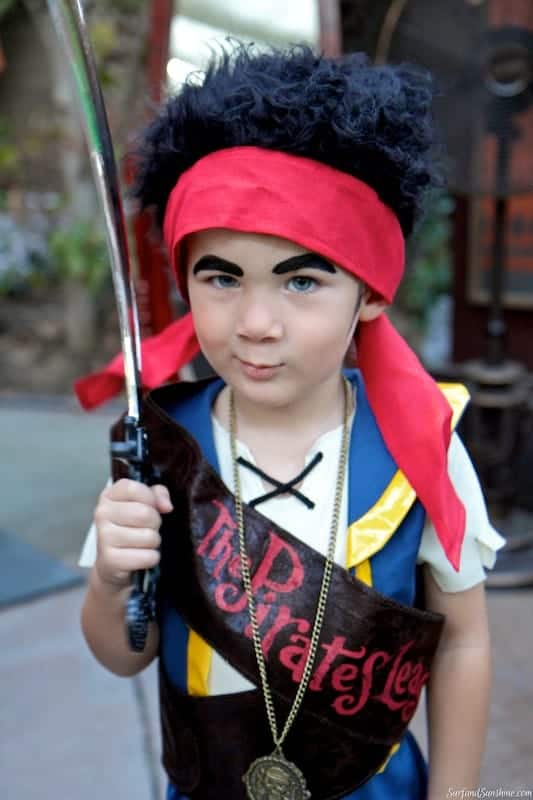 Next, we headed to see the Halloween themed Boo-to-You parade and to visit as many trick-or-treat stations as we could find. 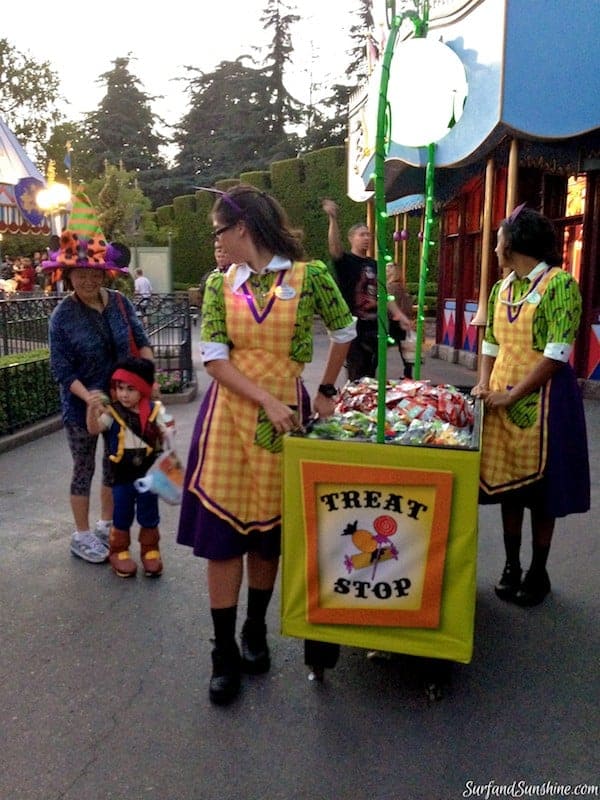 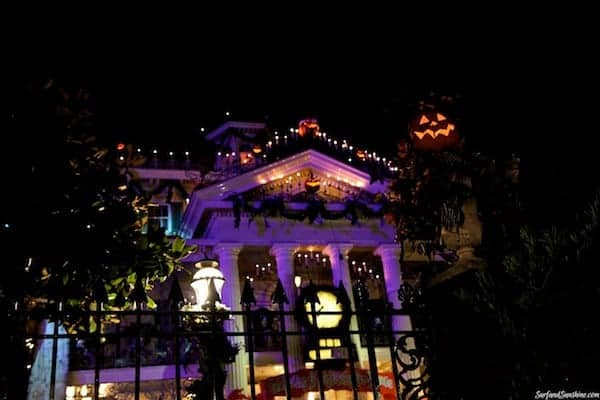 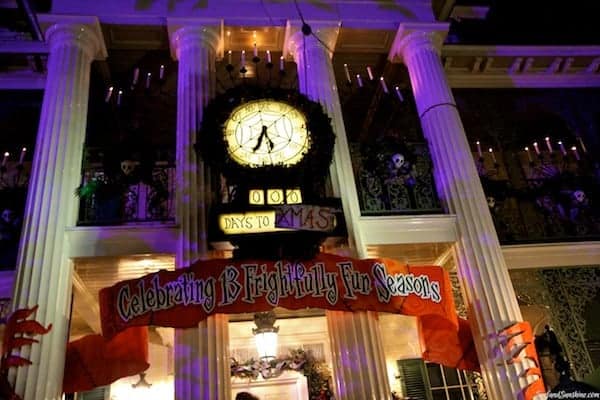 This year, in honor of the unluckiest of anniversaries, there are several new surprises that have been added to this classic attraction. Make sure to look up in the Stretching Room to see favorites from the Nightmare Before Christmas film, and try to find Zero flying through paintings while you wait to enter your doom buggy. This attraction is full of dreadful delights for foolish mortals of all ages! 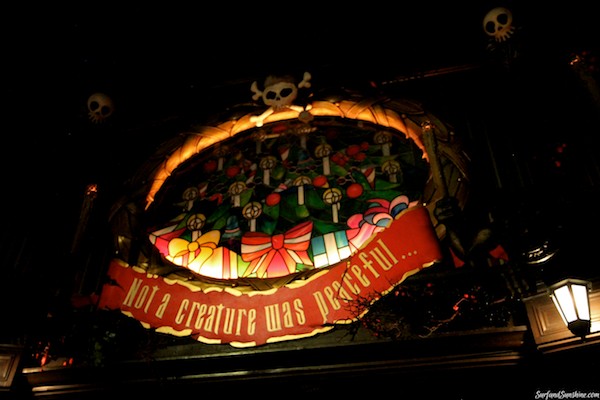 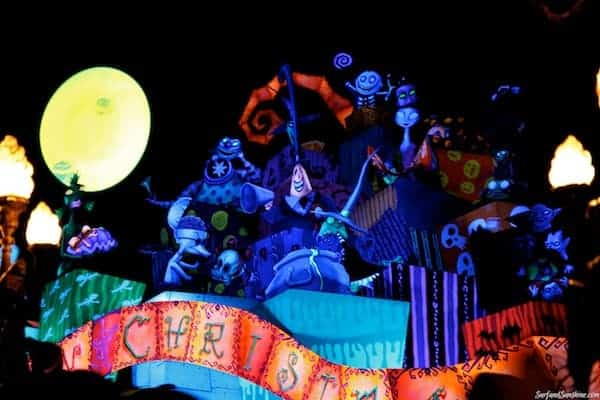 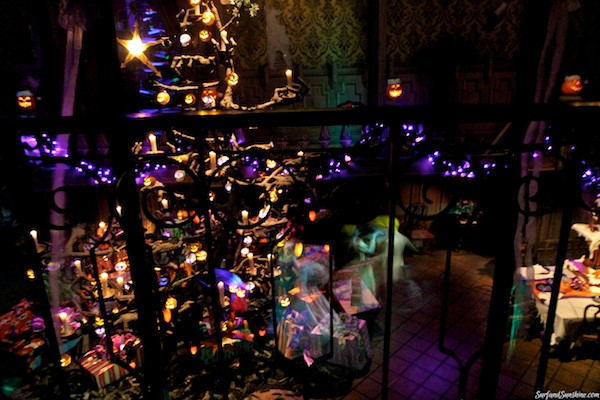 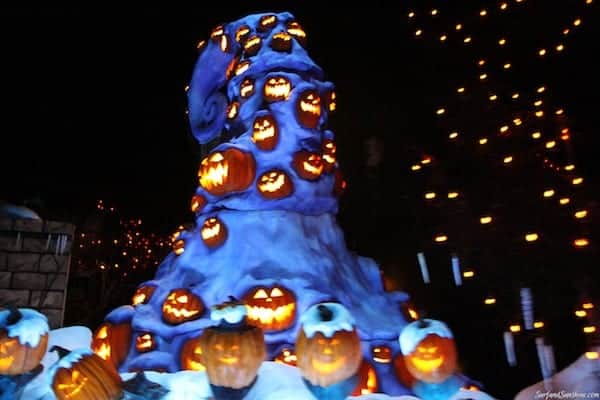 And just as we stepped out of the Haunted Mansion, the Happy HalloWishes fireworks show had just started and it was incredible! 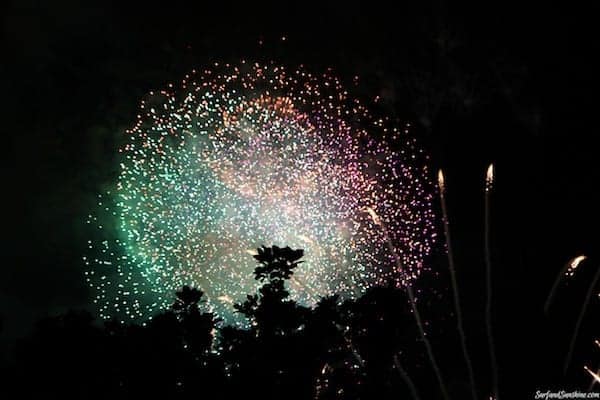 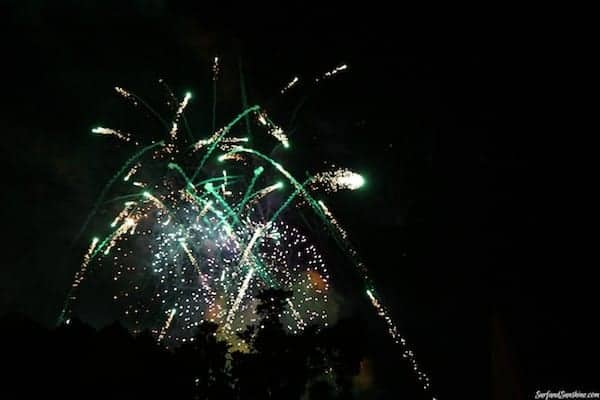 For thrill-seekers, take on outer space skeletons as Space Mountain transforms into Ghost Galaxy.  This dark attraction reaches high speeds as you race past comets and craniums in an out-of-this-world experience.

Thank you to Disneyland for inviting me and my family to experience this magical Halloween event. All opinions remain my own.