Did you know that “teddy bears” were named after the 26th President of the United States Theodore “Teddy” Roosevelt? Apparently, President Roosevelt was on a bear hunt in Mississippi, and after three days of walking, and climbing, and searching, there wasn’t a bear in sight. In effort to make sure the President got a bear, the hunting guides used dogs to find and capture an old black bear.

They tied the wounded bear to a tree, and told the President to come and shoot this bear. An avid hunter and a true sportsman, Roosevelt refused to shoot the bear just for sport. Since the bear was wounded and in pain, he ordered them to put the bear down to relieve his suffering. Clifford Berryman, a political cartoonist that regularly depicted current events in his work, drew a cartoon illustrating the hunt with a cute bear cub. 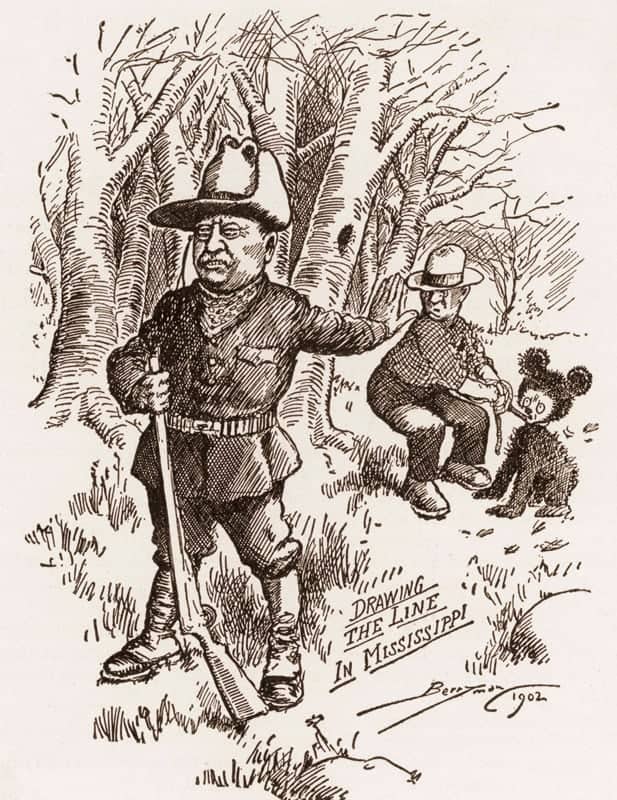 After the drawing appeared in the papers, a store owner and toy inventor Morris Michtom wrote to the President and asked for permission to call some toy bears he’d made “Teddy’s Bears.” The President agreed, and teddy bears became popular among children and adults. Original teddy bears were designed to look a lot like real bears with beady eyes and extended noses, but have evolved to look cute and cuddly for mass appeal. 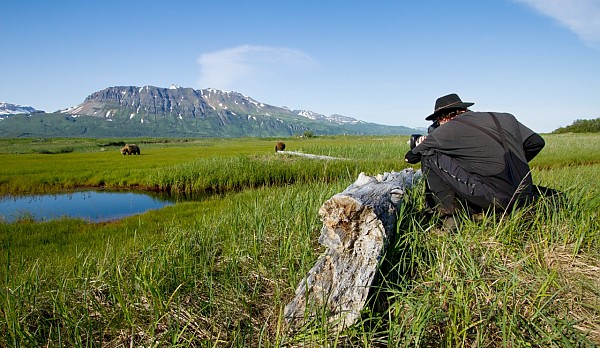 While teddy bears may have been inspired by real bears, real bears are not as cute and cuddly as their stuffed counterparts. On Earth Day this April 18, Disneynature’s new True Life Adventure “Bears” opens in theaters. The documentary follows the adventures of two mother grizzly bears and their young cubs during a year of their lives in the beautiful Alaskan wilderness.

Watch as the bears come out of hibernation, and the cubs take off to explore the outside world, unaware of possible avalanches and other potential threats. “Bears” captures the fast paced action and suspense as you witness their quest for survival. The film enables moviegoers to observe the bears in their natural habitat as they work together as a family to find food and avoid predators.

Catch a sneak peek of the film in this new featurette, and get a glimpse of the beautiful Alaskan backdrop.

Directed by Alastair Fothergill (“Earth,” “African Cats” and “Chimpanzee”) and Keith Scholey (“African Cats”), “Bears” roars into theaters April 18, 2014, Earth Day.  “Like” Disneynature on Facebook to see more of these magnificent creatures or join the conversation on Twitter @Disneynature.

3 thoughts on “What Do Real Bears And Teddy Bears Have In Common?”