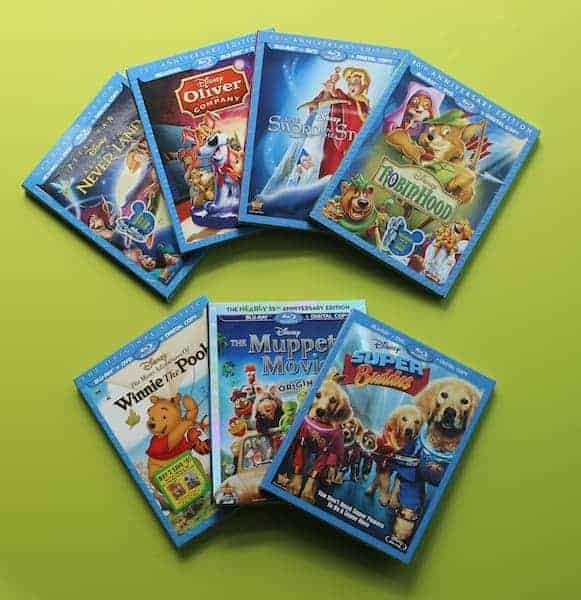 Just what is this mysterious Disney Vault?  Is it gigantic room housing millions of copies of our favorite Disney Classic? Is it real? The answer my friends, is both yes and no. While the Disney Vault doesn’t have a permanent address, it is real. The practice began when Disney first began to re-release it’s films in theaters ever few years – because you know there is nothing like watching classics on the big screen.

It began with the  reissue of 1937’s Snow White and the Seven Dwarfs. While not many Disney movies are rereleased in theaters they are released back on DVD. What I love about this practice is that it’s like introducing the movie to a new generation every time – unless of course your parents were NOT like mine and managed to hold onto their copies. In which case, you will be able to appreciate the updated picture and sound quality – and yes even Blu Ray, in the Platinum and Diamond Lines.

But that isn’t all…

The Sword in the Stone released August 6th, 2013

The Many Adventures of Winnie the Pooh releases August 27, 2013

Thank you to Disney Home Entertainment for providing this sneak peek into the Fall 2013 Disney DVD Lineup!