Halloween is a big deal around our house. We love the chance to dress up in costumes and get silly for the night but it wouldn’t be any fun by ourselves. We lure our friends over for an annual Halloween party with promises of delicious treats, many games and a few tricks. Normally we hold a costume contest but because of the terrible whether this year we decided to forgo costumes in lieu of warmer clothing. Thing is, we didn’t want to give up the fun contest tradition either.

At my wedding shower we played a game where all of my bridesmaids created a “dress” for me using bathroom tissues. Then it was my guests job to create my accessories which were then voted on by my bridesmaids. We used this as inspiration for this year’s Halloween party game. At first we only found ideas for ways to mummify our friends but it’s a little boring when everyone looks the same. 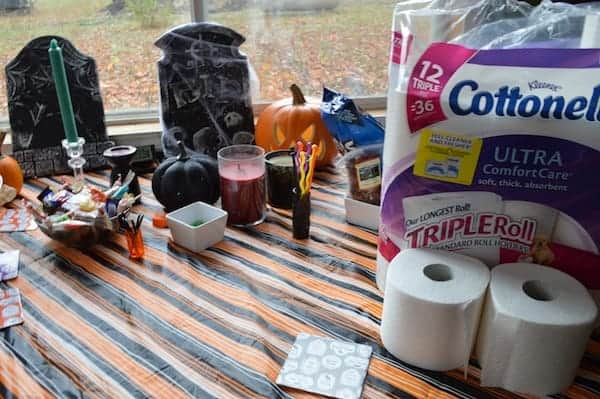 Instead, we decided to ask our guests to create halloween costumes – no mummies allowed! Each team will be given a single roll of toilet paper and 15minutes to come up with an idea and dress their model. Jake and I decided to go through a test run of our game before the party officially begins tonight. At first it was a bit difficult to get the ideas flowing. We could only come up with ghost or mummies. But once we got our head together the ideas really started flowing. Think of all the things you can create with toilet paper – fun ties, silly glasses, caps, dresses ect!

Finally, we realized we had all the makings for a super hero and how fitting since they are so in this year. It’s actually what I would have dressed up as had we done costumes this year. 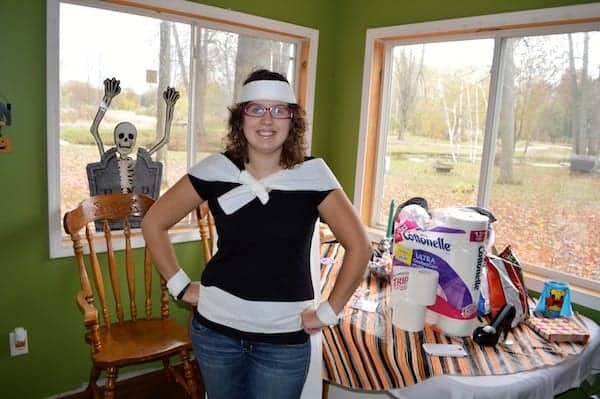 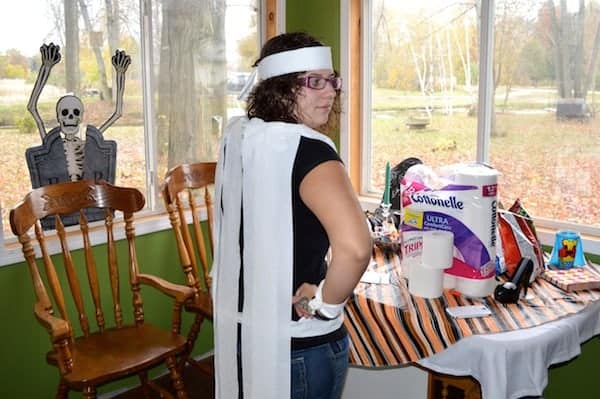 I think I look pretty close to Wonder Woman – complete with bullet proof bracelets and cap! I think had we been in a group we could have accomplished way more in 10 minutes so I’m excited to see what our guests come up with tonight. I was genuinely surprised at how well the Cottonelle held up – we even used it as decorations in our home.  We turned our pumpkin into a flirty assassin and warned our guests against the perils of opening the wrong door. 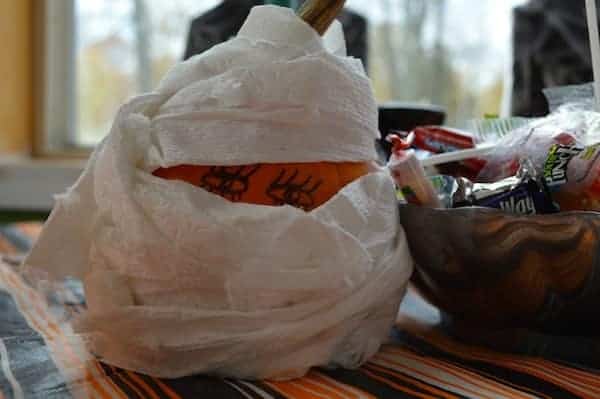 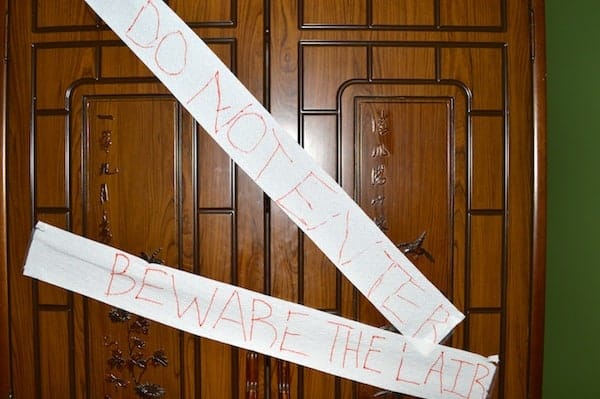 You can pick up the new 12 pack Cottonelle Triple Roll at Target and get a Free Kleenex with this printable coupon. (While Supplies Last)