This August 29th is the ten year anniversary of Hurricane Katrina. It has now been a decade since the storm tore through Louisiana, Mississippi, and Alabama, killing almost 2,000 people and displacing more than 300,000 children. This anniversary is a reminder of the importance of being prepared in the face of natural disasters. It is also a chance to see that even a decade later, the scars of Katrina are not healed. Lack of proper disaster relief both during the hurricane and in its aftermath changed the course of many young lives and left them with little hope.

The children that lived through Katrina continue to carry the memories, the fear, and the pain from the obstacles that reshaped their lives. For those of us that did not experience firsthand one of the worst natural disasters in American history, it may seem like a distant memory. For those that lived it, especially the children, they are still living it every day. Yet, even a decade later, many states are unprepared to care for the unique needs of children in times of crisis. 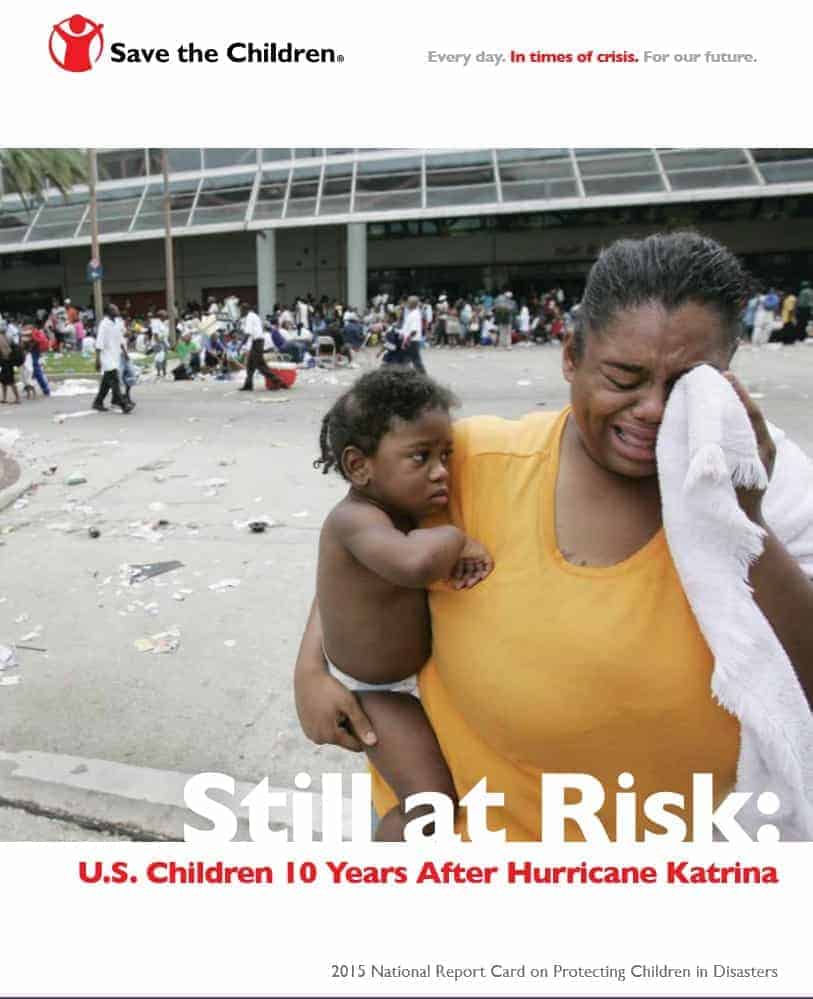 If you think you are off the hook because you don’t live in an area vulnerable to hurricanes, think again. Crisis can happen at any time whether a natural disaster, chemical spill, or a violent attack. There must be special plans in place to meet the needs of children in such times of chaos, danger, and fear. From nutritional to emotional, the needs of children are different from adults which means they require specialized plans in place to keep them safe. Often unable to verbalize their wants and fears leaves them to internalize their experiences lending to detrimental effects on their health without proper attention and guidance. The victims of Hurricane Katrina should have led the nation to take action to better help our children, but a decade later, there has been little progress.

Save the Children has been there since day one, and they are still there ten years later working and striving to provide help to the affected. As an advocacy group working to end preventable infant and childhood death and provide quality education, Save the Children worked with other children advocacy groups after Katrina, urging the government to assess their shortcomings when it came to protecting children in times of crisis. This led former President Bush and congress to create a commission that would seek out the areas that needed revision. The National Commission on Children and Disasters was born. It created an analysis of their findings and provided 81 recommendations to help reform the way the nation approached its protection of children during crisis.

Five years after Hurricane Katrina, the Commission released its findings. Sadly, there was little focus on the specific needs of children during disaster events leaving them susceptible to years of obstacles. The Commission provided recommendations focusing on the 11 categories of disaster planning. This assessment was meant to initiate a nationwide movement to make our children safe. Now, ten years after Hurricane Katrina, only 17 of the 81 recommendations have been met, and 44 are still being addressed. Unfortunately, are children are still in harm’s way.

This terrifying percentage means that children are still vulnerable to the atrocities of potential disasters, and little is being done to improve preparedness.

While it may be hard to imagine the carnage of a disaster, the children that survived Hurricane Katrina witnessed horror that would leave even adults hopeless. There were children stranded on roofs and trees for hours clinging to anything until they could be rescued. Many watched as corpses floated by and other desperate people tried to make it to safety. Children lost family members and were torn away from loved ones during rescue missions. Children were often separated from families in the chaos and so terror stricken they could not speak leaving them unable to reveal their names making it difficult to reunite families. One young man that found shelter in the Super Dome told of sexual assaults which forced him to stay awake at night to protect his sister. In the ill-prepared shelter, the young man was also unable to find basic nutrition and care for his infant nephew that had fallen ill. The designated shelter for those unable to evacuate became another danger zone.

The storm separated over 5,000 children from their families, and it took seven months to reunite every last family. Lack of access to aide left many families unable to meet basic needs, and the emotional and mental care their children needed was absent. Families lost everything and were forced to be relocated, some numerous times. Many children suffered anxiety, depression, and PTSD leading to developmental problems. The storm may be over, but the effects are everlasting.

Preparation starts now. Ensure your loved ones are safe by having your own emergency plan in place and fill out an Emergency Contact Card at Save the Children.

You can also read the full National Disaster Report Card to get a full review on the 11 categories of disaster planning and the nation’s progress. You can also see if your state meets the four criteria necessary for disaster preparedness for children.

Don’t wait until it is too late. There are currently 18 states that do not require proper emergency planning for basic places of child care. Don’t let children be a victim of unpreparedness. 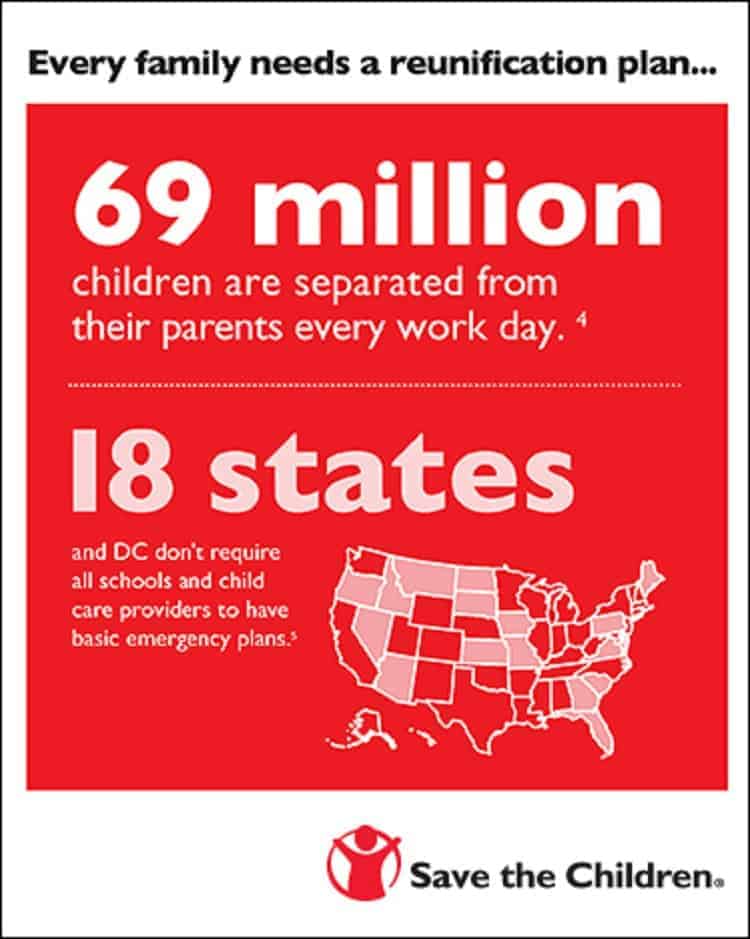 Be prepared. Be safe. Be a survivor.

Visit Save the Children to find out how you can help children around the world, and how you can keep your own children safe. You can find checklists, ideas to rally your community, and ways to get involved and stay connected.

Honor the 10 year anniversary of Hurricane Katrina by advocating for the nation’s children.