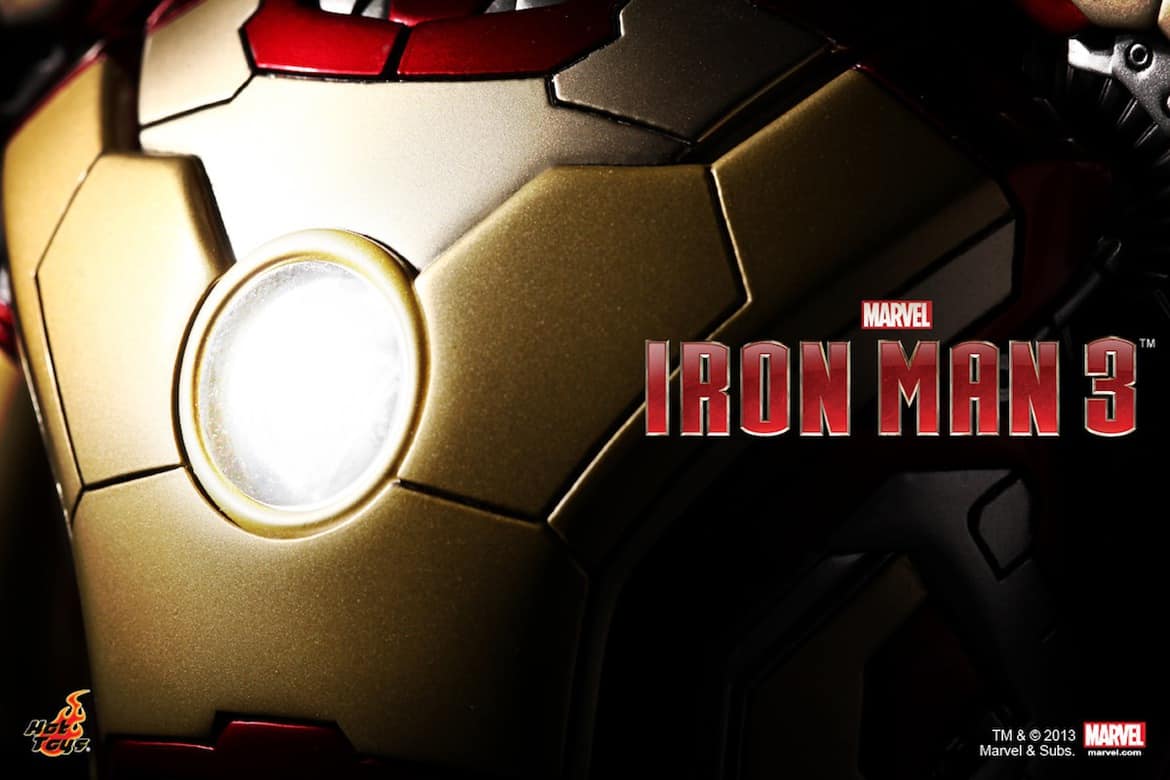 Since being invited to the red carpet premiere of Iron Man 3 in Los Angeles last week, my mind has been on a whirlwind. There are so much to do and plan! First I need to figure out just how to “accidentally” bump into the gorgeous Robert Downey Jr. I also need to figure out just what I’m going to wear on the red carpet! Do I dress up? Or casual chic? I’d love to wear an Iron Man inspired outfit. Unfortunately Red and Gold are two colors I don’t even own, so I scoured the web to find some much needed inspiration. 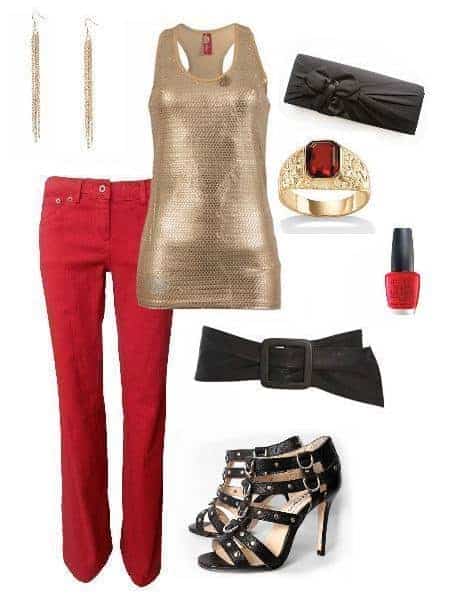 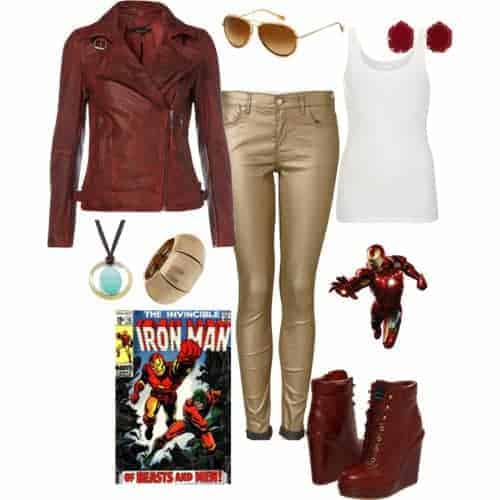 Leather jackets are so IN this spring and it’s by far my favorite piece of this ensemble. 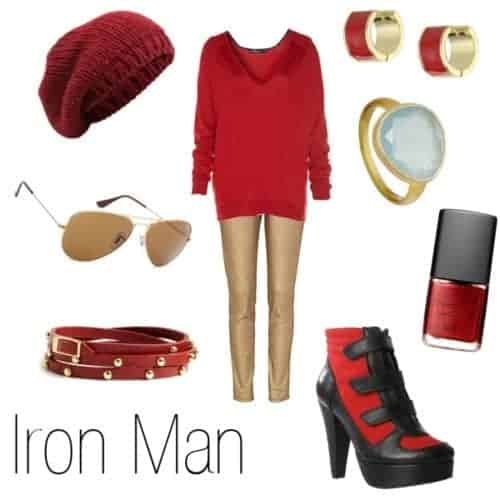 This outfit reminds of an epic battle “Clash of the Hipster vs Iron Man.” Not really my style but still trendy. 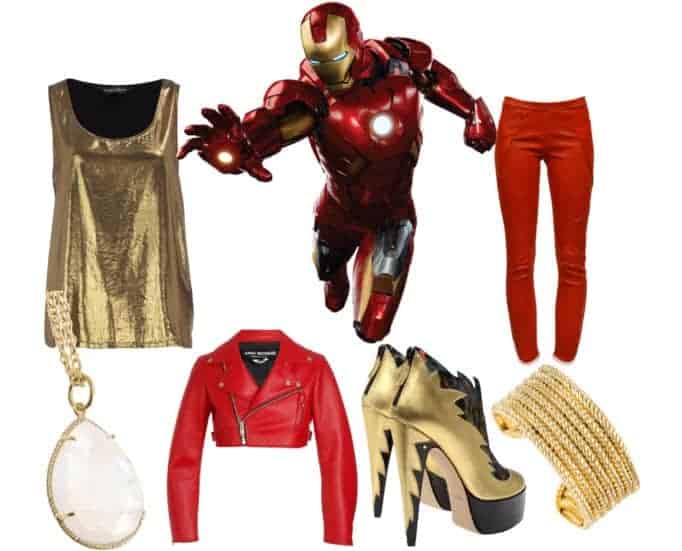 It’s funny because I actually like the pieces in this ensemble better mixed with the other outfits on this page. I’m not sure if I am brave enough to pull of the shoes but they’re amazing. 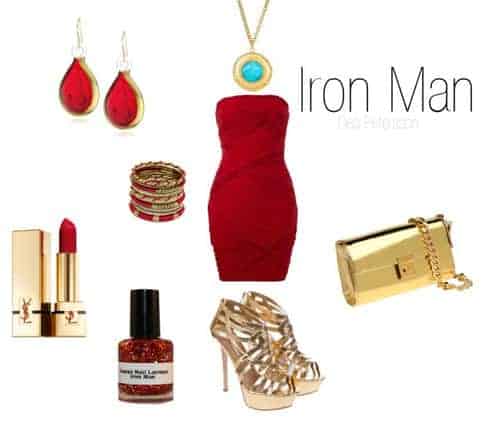 This look reminds me of the song “Lady in Red” and is one of my favorites. I really love this dress! 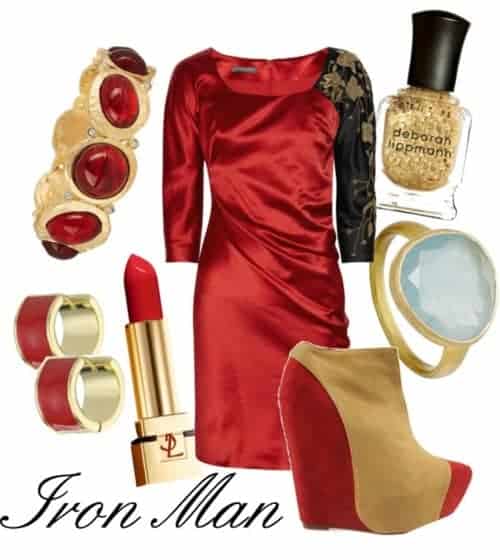 Again..I love everything about this BUT the shoes. 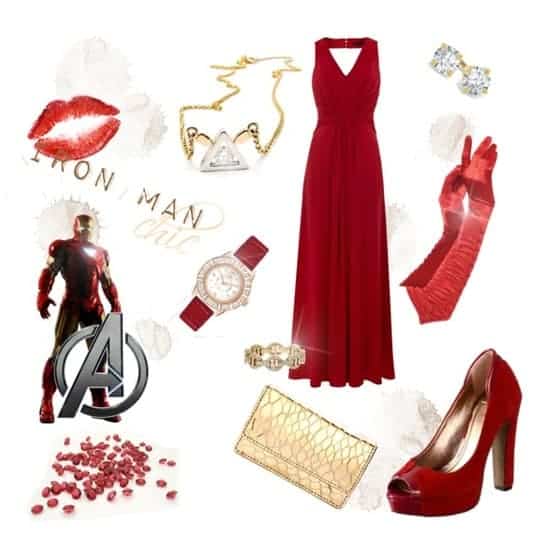 This outfit is the ultimate red carpet look! These red shoes are gorgeous. I will I was tall enough to pull off the dress!

Don’t forget to follow me @SurfnSunshine as well as hashtag #IronMan3Event for insider coverage April 23-25!

Marvel’s “Iron Man 3” pits brash-but-brilliant industrialist Tony Stark/Iron Man against an enemy whose reach knows no bounds. When Stark finds his personal world destroyed at his enemy’s hands, he embarks on a harrowing quest to find those responsible. This journey, at every turn, will test his mettle. With his back against the wall, Stark is left to survive by his own devices, relying on his ingenuity and instincts to protect those closest to him. As he fights his way back, Stark discovers the answer to the question that has secretly haunted him: does the man make the suit or does the suit make the man?

Starring Robert Downey Jr., Gwyneth Paltrow, Don Cheadle, Guy Pearce, Rebecca Hall, Stephanie Szostak, James Badge Dale with Jon Favreau and Ben Kingsley, Marvel’s “Iron Man 3” is directed by Shane Black from a screenplay by Drew Pearce & Shane Black and is based on Marvel’s iconic Super Hero Iron Man, who first appeared on the pages of “Tales of Suspense” (#39) in 1963 and had his solo comic book debut with “The Invincible Iron Man” (#1) in May of 1968.

The biggest thank you ever goes to Disney and Marvel for inviting me to this amazing event! All opinions are my own.