James Paul Marsden, better known as just James Marsden, was born on September 18, 1973, in Stillwater, Oklahoma. He began his acting career on the pilot episode of The Nanny (1993) as Eddie, who was Margaret Sheffield’s boyfriend. Since then he has played Cyclops in the X-Men, Corny Collins in the film Hairspray and 27 Dresses (2008), opposite actress Katherine Heigl in 2008 among other notable works.  It was for his role as Dawson in this latest film, The Best of Me, that had us sitting down with him outside beneath the trees on a warm southern day. 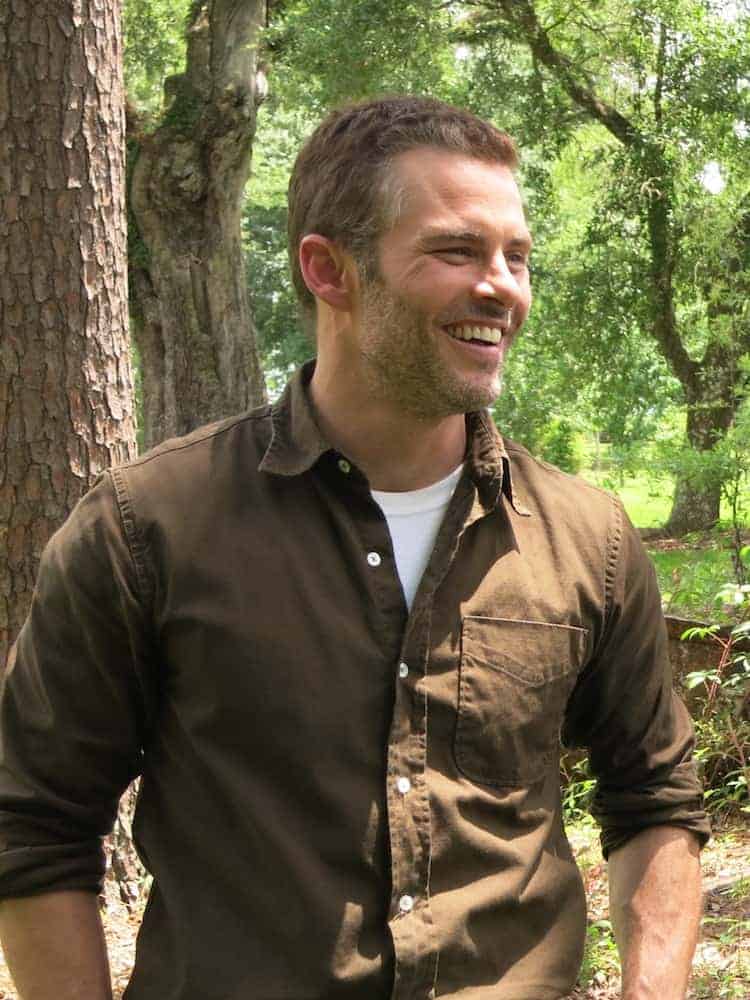 He shared with us what attracted him to the role:

“I haven’t done this kind of movie since The Notebook, and I don’t know how familiar you are with the movie, but I played the sort of other guy in that film, and this was an opportunity to play the guy.  It almost got pathological there for a while, taking these roles where I’m “the other guy”. It’s like one of those things you read the script and I liked the character very much.  I liked how simple he was.  I liked how he’s not a man really. He’s a man of his word, but he’s not a talky kind of guy.

His actions speak for themselves.  He’s a man of actions, like how he behaves.  How he treats somebody else is what defines his character, and I liked that about him. We miss that a little bit about men sometimes these days.  And the chivalry, of course, is there. I just liked the story, I liked the character.  He’s a very kind-hearted man.”

He told us his favorite scene:

“Michelle and I had about an 11 minute love scene take, which was very nice. And they wouldn’t cut. They said, “All right, this is going to get into R territory from PG-13 pretty quick if you don’t cut.” She is such a joy to work with. I’m from the Midwest and she is too and it’s just good to work with somebody that you actually really do have intimate chemistry with. And she’s a sweetheart. She’s a sport because I mess with her all the time.” 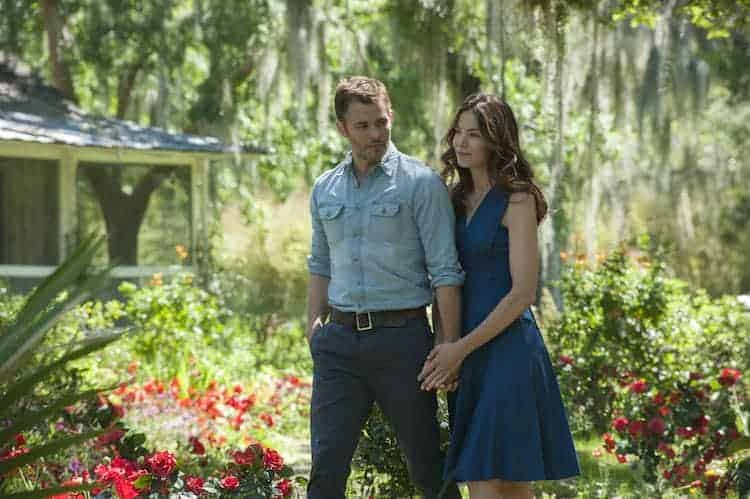 And then there was the time he made everyone swoon:

“I’m obviously right around the age of the character.  So, when they met, it was like ’92, ’93, and I was graduating high school around then, and I grew up in Oklahoma and I remember all the songs from that time period.

And I put it on in the trailer and she knew.  The first song that I played was “Cowboy, Take Me Away” by the Dixie Chicks, and she turned to me and looked at me like weirded out that I knew. I said, “Why are you looking at me like that?”  She said, “That’s the song that I danced to at my wedding.”  So, every song, she was like, “You know me so well.”  Anyway, I wanted to give them to Michelle.”

Of course he just had  to tease us with the hint of a spoiler:

(On getting a happy ending) “We have our own little plan for that, so we’ll see how that all works out.  But, I don’t know. I mean, I can’t tell you if the ending is changing but, you’ll be pleased.  You’ll be pleased.”

The Best of Me is in theatres October 17th.