Looking for Easter Eggs has become somewhat of a game whenever I watch a Disney movie on DVD (let’s be honest, I’m too engrossed in the film when I see it in theaters). Now I’m not as great at it as some Disney aficionados but I’m great at catching the obvious references and my favorite Disney blogs always fill me in on the rest. Here are a few of our favorite Jungle Book easter eggs and flash backs found in the newest live action film.

You can’t miss Cinderella’s castle at the opening scene. Now with an eastern architecture aesthetic. And we can’t forget Bambi!

I’m sure you recognized the Game of Thrones reference when Baloo declares that “Winter is coming”, his reason for convincing Mowgli to stay in the jungle and work with him to stock up on his supply of honey.

It would be hard to miss The Godfather reference when King Louie is presented in partial shadow as the ‘King’ of the jungle.

Favorite Flashback: When Mowgli howls with his fellow cubs as part of the wolf pack.

And the adult references keep coming with one for die hard Saturday Night Live fans. When Mowgli is kidnapped by the monkeys and taken to King Louie, he picks up a cowbell. Normally a cowbell would just be a cowbell, but in this case King Louie is voiced by Christopher Walken and one of his most famous SNL skits was “More Cowbell.”

Also in amongst Louie’s treasures, although barely visible, is the unmistakable shape of the genie’s lamp from Aladdin.

Perhaps not an “easter egg” but a precious reference to family, all of the wolf pups in the film are named after actors and crew members. 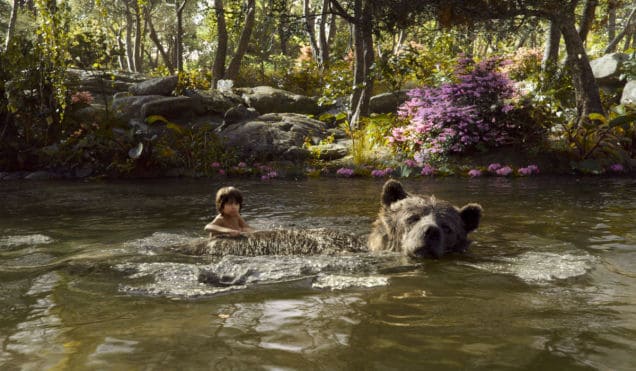 Favorite Flashback: Admit it, you sang along and got that familiar feeling when Mowgli and Baloo are floating down the river while humming “The Bare Necessities.”

Don’t blink or you’ll miss this small moment on the screen. There is an unmistakable nod to The Lion King’s Timon and Pumbaa in the final battle with Shere Khan, we see a warthog and a meerkat standing together.

Last, but certainly not least, there is the close of the story. If you remember, older Disney films would open with a storybook that draws the viewer into the animation. For the Jungle Book, director Jon Favreau wanted to pay homage to that secret but decided to reverse it. In the Jungle Book we see the end of the movie draw us into a storybook as it closes.

Fun fact: the live action shot of the book is the actual Jungle Book. 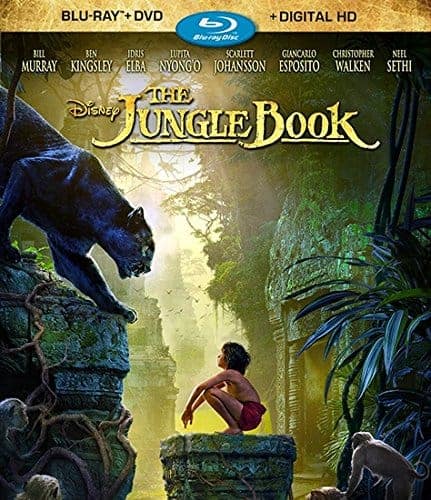 You can find more Jungle Book Easter Eggs and flashbacks when Disney’s The Jungle Book becomes available on Digital HD August 23 and on Blu-ray August 30th.