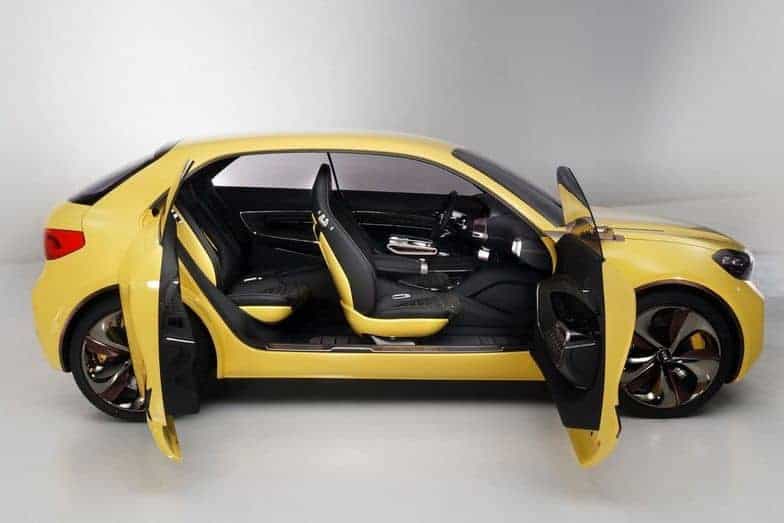 Kia Motors America is bringing a collection of awesome technology to the 2014 Consumer Electronics Show (CES). They’re featuring 24 different technologies, 10 of which are integrated in current production vehicles – like the newly unveiled K900 luxury sedan. Including Smart Cruise Control (which wowed me in the Cadenza) and Around View Monitoring systems.

Even more exciting this year, is the North American Debut of the KIA KND-7, its CUB concept car powered by a 1.6-liter turbocharged, four-cylinder engine and boasting head-turning, futuristic interior and exterior styling. The KND-7 compact four-door coupe less than four meters long, has rearward-opening rear doors and an ‘access-all-areas’ interior concept without traditional B-pillars. It has a fun, cheerful exterior and a sleek, technology focused interior. But then Kia’s state of the art UVO is the cornerstone of new technology.

“With UVO, Kia has a strong base to build from in the advancement of telematics and infotainment technology, pushing the boundaries of connectivity and convenience while maintaining safety as a top priority,” said Henry Bzeih, chief technology strategist, KMA.

This innovation is highlighted throughout the concept displays. 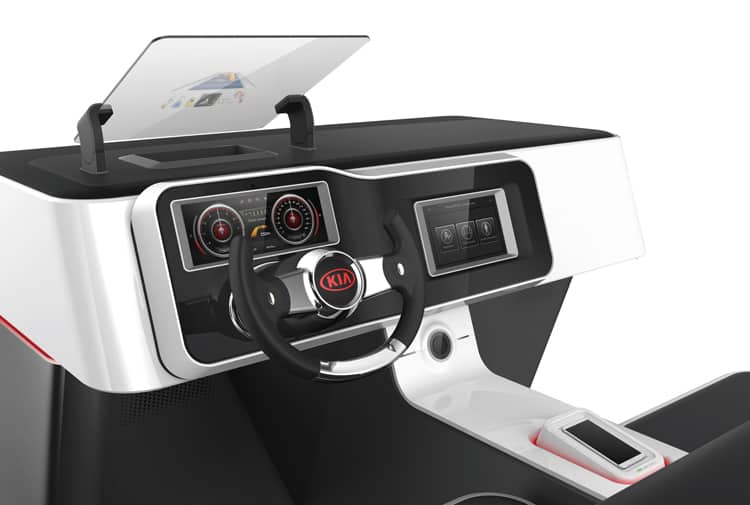 The UCD concept focuses on safety and an intuitive interface with an innovative multi-sensory design. If you have ever driven a KIA you will know that the focus of it’s UVO system is to keep drivers eyes on the road and hands on the wheel as much as possible. The UCD concept keeps with this theme while aiming to enhance functionality. It provides a widescreen, 18-inch Head-Up Display (HUD), that highlights vital information such as speed, navigation and traffic information.

Additionally, the 12.3-inch TFT-LCD cluster presents a 3D view of vital vehicle information, utilizing eye-tracking technology to maintain a clear view from various angles. Developed to allow full use of the vehicle’s navigation services and other driver-controlled operations without sacrificing safety, the UCD concept also includes a hand-gesture controller. Thanks to advanced infrared light and camera sensors, users can quickly access radio and navigation options with simple hand or finger movements without taking their eyes from the road. 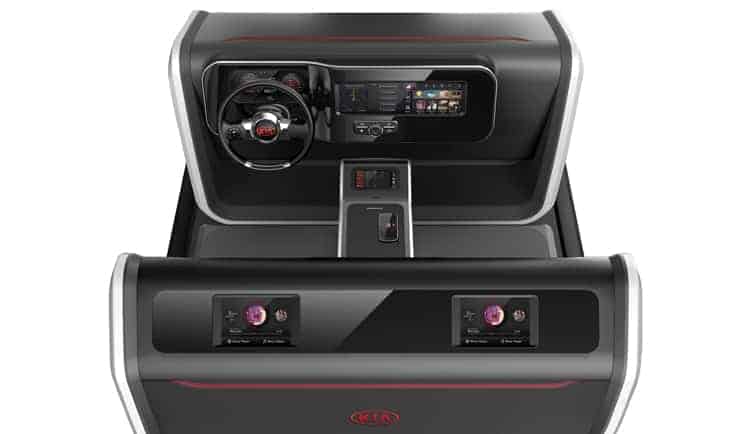 The IVI Concept is a peak the latest innovations in the area of in-vehicle services – entertainment! The seamless delivery of content is delivered to driver and passengers (both back seat and front) via a multi-display layout – featuring a 20-inch multi-touch center console display.

Information is then synchronized through a portable plug-in tablet or the driver’s own smartphone, providing easy access to a suite of services such as:

Innovative advancements in music-delivery technology are found in the IVI Concept’s “Smart Radio” functions, including the ability to personalize playlists according to the user’s mood or based on five templates for different driving environments, such as summer driving on a coastal road.