Since I was first introduced to the Kia brand about four years ago, I’ve been continually impressed with their products. They’re constantly raising the bar for the vehicles they present to consumers by packing more technology, more value and better design into each new model. Currently, Kia offers consumers everything from EV vehicles, hybrids, crossovers and compacts to 7 seaters. The one thing they were missing? A true full-size SUV. Enter the Kia Telluride concept vehicle. 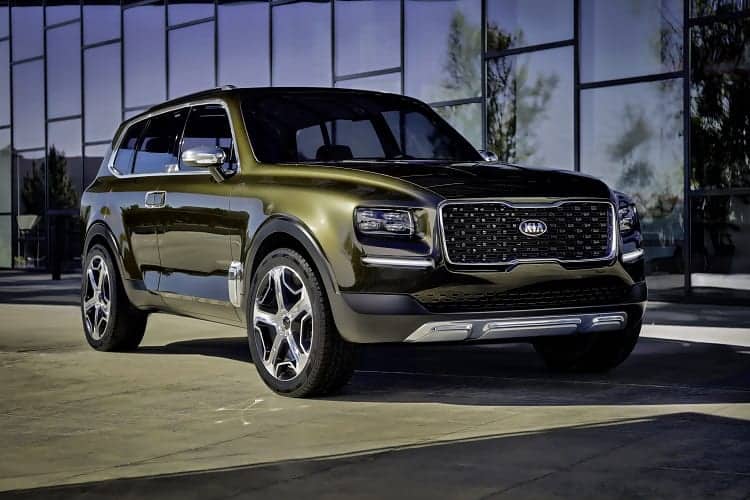 Today Kia Motors America (KMA) unveiled a cutting-edge vision for a full-size, all wheel drive SUV at the North American International Auto Show (NAIAS) in Detroit. Purely conceptual, the Kia Telluride is based on an existing platform and reveals the brand’s interest in potentially offering a premium SUV positioned above the current hot-selling and award winning Sorento.

*NOTE: 8 passenger is a typo, it should read 7 passenger

The Telluride swaggered onto stage as a striking three-row, seven-passenger, luxury SUV concept featuring a modern and upright shape, muscular stance, and state-of-the-art technology to care for its occupants.  It’s front doors and rear-hinged back doors swing open 90 degrees in opposing directions, the classically uber cool “suicide doors”. Inside there are four black leather captain’s seats and a folded third-row bench. The cabin is large enough that the middle seats can recline nearly flat and include large fold-away footrest. On the outside the Telluride features a muscular appearance accentuated by flared fenders, 22in wheels, Kia’s signature tiger nose grill, recessed quad-LED headlamps, and a polished-metal skid plate below the bumper. 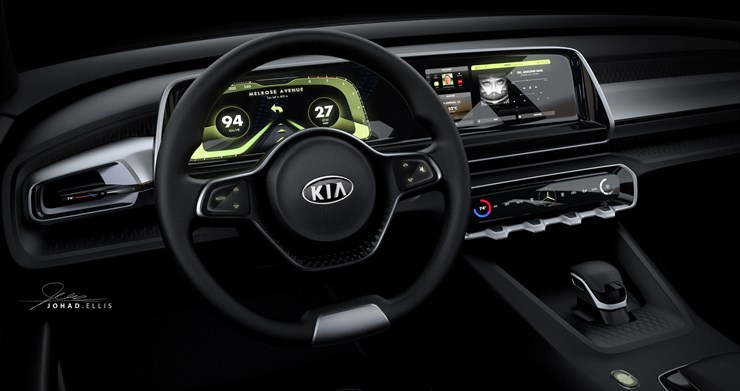 Comfort meets technology in these four captains seats. A series of diamond-cut openings in the seat backs are embedded with Smart Sensors that capture a passenger’s vital health information. It’s then displayed on interior door panel screens that synchronizes with a Light Emitted Rejuvenation (LER) system.  The LER system utilizes a massive, wing-shaped LED panel mounted beneath the oversized sunroof that displays a pattern of therapeutic light to treat desynchronosis (jetlag) and improve the passengers’ energy levels.

Remember those seat diagnostics I was talking about? The future is here! #KiaTelluride #NAIAS2016 pic.twitter.com/9bUsZCNJqP

Another unique technology introduced in Telluride is Swipe Command. The second-row center console features a thin, touch-sensitive, interactive band that allows passengers to scroll through and select media with a swipe of their hand. Passengers can choose to have the media pumped through the premium seven-speaker Harman Kardon® audio system OR through a set of portable Harman Kardon® headphones that wirelessly charge when stowed in the console.  Perfect for when parents can not take “Let It Go” played on repeat for the 7,000th time this school year.

All of the fun isn’t reserved for the rear passengers though. Up front, a compartment in the center stack allows for wireless cell phone charging, and Kia’s first use of 3D-printed components add a distinct, modern design element to the dashboard, door panels, and steering wheel. 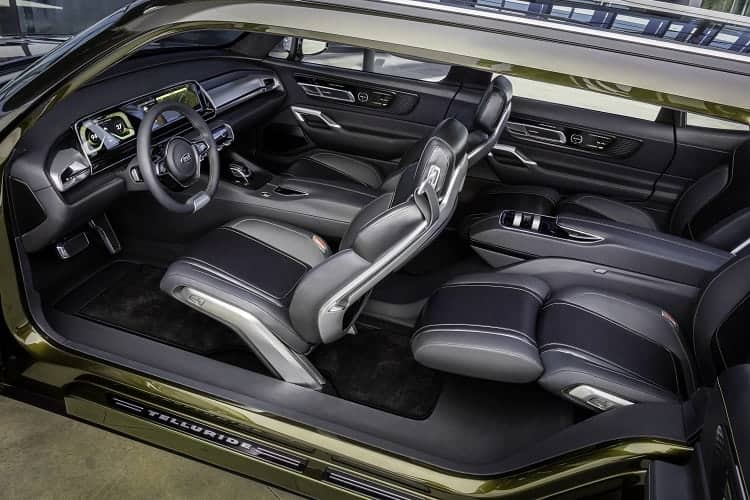 Currently, the Kia Sorento is their largest vehicle offering but the Telluride is 4.4-inches taller, 4.7-inches wider, and a sizable 9.5-inches longer than the current Sorento, giving Telluride a dominating presence. Utilizing a 3.5-liter gasoline direct injected (GDI) V6 engine and powerful electric motor, Telluride’s transverse-mounted powertrain combines to produce 400 horsepower (270 horsepower from V6 and 130 horsepower from the electric motor) while achieving more than 30 mpg on the highway.  Power is routed to all four wheels via an advanced all-wheel drive system.

If you like the #KiaTelluride let @Kia know! Reactions help bring concepts to reality #NAIAS pic.twitter.com/OVF6rcU4sG

While there are currently no official plans to bring the Kia Full Size SUV Telluride concept to production, Kia has a history of delivering production vehicles that bear strong resemblance to preceding concepts.