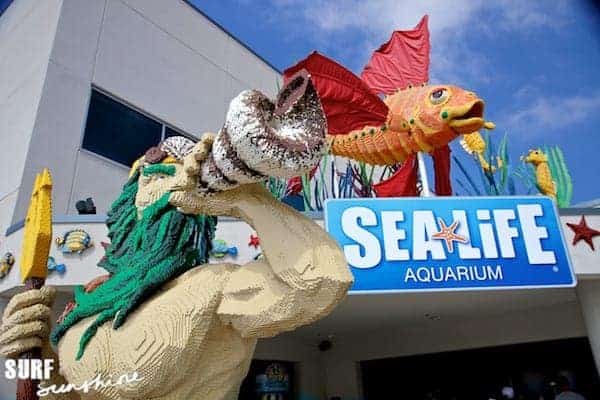 Jellyfish are some of the most unusual yet fascinating creatures to be found in the ocean. These water-dwelling jellies have no brain, bones, heart, blood or lungs yet they’re able to use their nerves as a sense of light, smell and means of orienting themselves. Jellies have been around for more than 650 million years, with thousands of different species and new species being discovered all the time. While it’s nearly impossible to see all the different species in person, at Legoland California Resort’s Sea Life Aquarium, the new “Jellyfish Discovery” exhibition will allow guests to see over 100 jellyfish in person, including moon jellyfish, blubber jellyfish and my favorite, the spotted jellyfish from all around the world.

Complete with six display tanks in over 1,500 gallons of water, the new Jellyfish Discovery exhibit which opened March 6, 2014 will allow guests to learn more about these fascinating and mysterious creatures in a fun and exciting way. Surf and Sunshine was invited to preview the latest exhibit and in between dancing along to the beat in the techno-inspired habitat room, we were able to find out quite a few compelling facts about these aquatic animals. Here are four fun facts about jellyfish that we learned during our visit at LEGOLAND California Resort’s Sea Life Aquarium.

While most jellyfish only live for a few days to a year, these marine animals have been around for a long time. Jellyfish have roamed the seas for at least 500 million years, but many scientists figure their origin to date back over 700 million years, making them the oldest multi-organ animal!

While the English popular name jellyfish has been used since 1796, these marine animals are not vertebrates, let alone true fish, but plankton. Many aquariums will refer to the animals as jellies or sea jellies, as the word jellyfish is considered by some to be a misnomer, but either title is widely recognizable, especially more-so than their adult jelly name, medusa!

Being plankton, jellyfish are not strong swimmers and are at the mercy of the ocean currents. Jellyfish can contract and expand their coronal muscles embedded on the underside of the bell to push water in and out for moving upwards and downwards, but jellyfish are unable to move directly sideways. Some jellies will attach themselves by a stalk or other material such as seaweed to move throughout the ocean, but these critters bring new meaning to goin’ with the flo’.

Jellyfish kill more humans every year than any other type of marine life. While most jellyfish release toxins to paralyze their prey, it can cause a painful or deadly response in humans. In 2010, a dead jellyfish managed to sting 150 beach-goers in New Hampshire in one afternoon although instances such as these don’t happen often. Since jellyfish are about 98% water, if they wash up on the beach, they will most likely disappear as the water evaporates, therefore the main threat is keeping an eye out when swimming in the ocean and staying clear away! 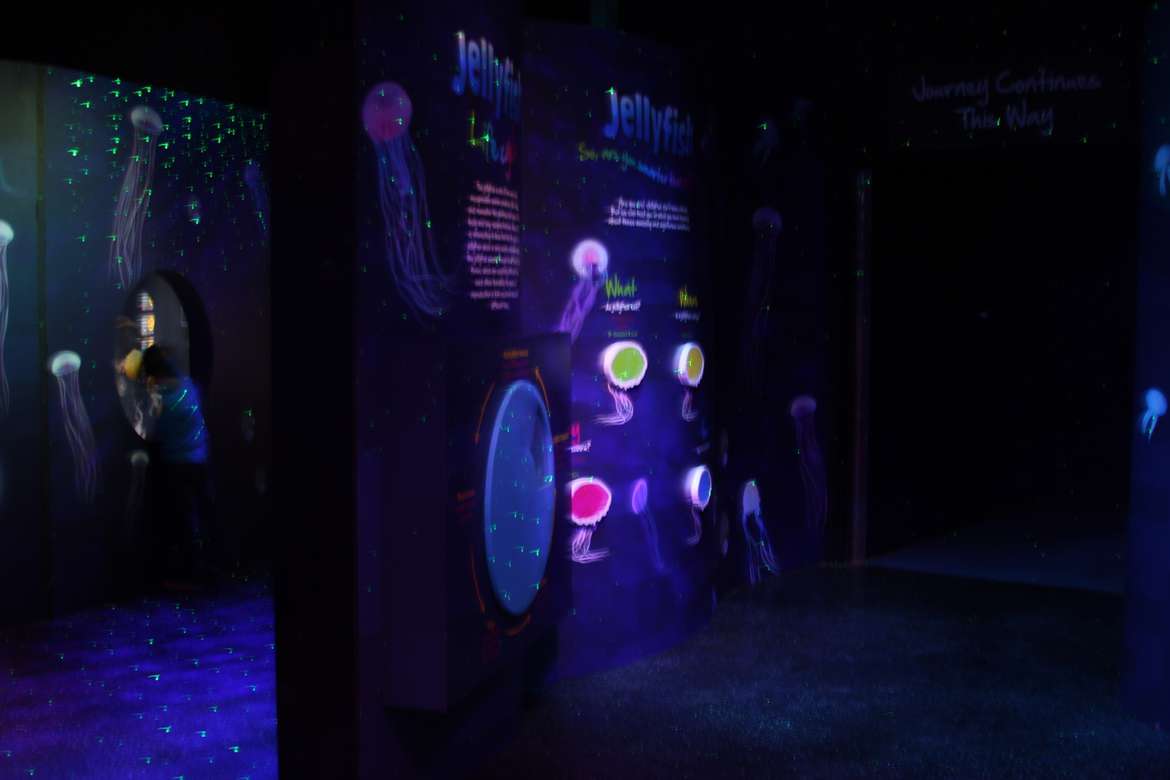 In addition to the Jellyfish Discovery exhibit, there are a variety of fun and exciting sea animals to discover at the aquarium ranging from seahorses and sharks, to sting rays and starfish! Complete with interactive exhibits, a theater, and feeding shows throughout the day, there’s something for guests of all ages to enjoy at this lego-inspired aquarium.

LEGOLAND California Resort’s Sea Life Aquarium is located directly to the left of the theme park at One Legoland Drive, and is open from 10 a.m. to 5 p.m. daily. For more information about the Jellyfish Discovery exhibit and other marine animals found at the aquarium, visit the LEGOLAND SEA LIFE Aquarium website.

I attended a press preview. All opinions remain my own.