For fans of Marvel, what can be better than to experience a live, in-the-flesh performance featuring all their favorite super heroes and villains in a legendary battle of good versus evil? If your answer is, ”nothing can be better,” you are correct by every measure. Marvel Studios and Feld Entertainment have joined forces to deliver Marvel Universe LIVE! Age of Heroes, a story of epic proportions and a stage production fit for Broadway. It’s an all-ages family extravaganza for ages 3 to 103.

“Our tremendously talented creative team and a nearly super human cast, have created a show that brings the grandeur of Marvel to life,” said Juliette Feld, producer of Marvel Universe LIVE! “Age of Heroes creates an experience that immerses families in non-stop action, creating movie-style thrills and jaw-dropping stunts that showcase the powers of your favorite Super Heroes right before your eyes.”

Within this original and well-woven narrative, the Avengers (Iron Man, Captain America, Hulk, Thor, Black Widow and Black Panther) team up with Spider-man and the Guardians of the Galaxy (including a true-to-life 10 foot tall Groot) to recover the sought-after Wand of Watoomb. Their goal is to find this powerful and mystical relic before it falls into the hands of intergalactic wrong-doer, Loki. By all accounts, the ancient artifact would allow Loki to become ruler of the universe – which is a very bad thing. The overall story is compelling, fast-paced and highly entertaining with a balanced dose of dangerous death-defying deeds and wise-cracking humor aimed at kids and parents, alike. Sounds a lot like a Marvel summer tentpole flick, right? If so… mission accomplished!

This show is literally explosive! You’re looking at Captain America jumping through a fireball!! #MarvelUniverseLIVE pic.twitter.com/mUZxI43qIM

On stage, the audience is mesmerized by a stunning set inhabited by colorful and familiar characters played by a cast of athletically-gifted actors. It’s a choreographed combination of special effects, aerial stunts, video projection and pyrotechnics. All of these dynamic elements come together to carry audiences from the streets of New York City to the far edges of interstellar space, and everywhere in between. In some ways, this show feels like you’re at the circus… Spider-Man and Wasp soar through the air like acrobats while Captain America shows off his daring motorcycle skills, bravely launching through the air over fire and brimstone. Of course, there are no clowns or dancing bears here, but there is a feisty raccoon named Rocket and a number of wild creatures from across the cosmos. 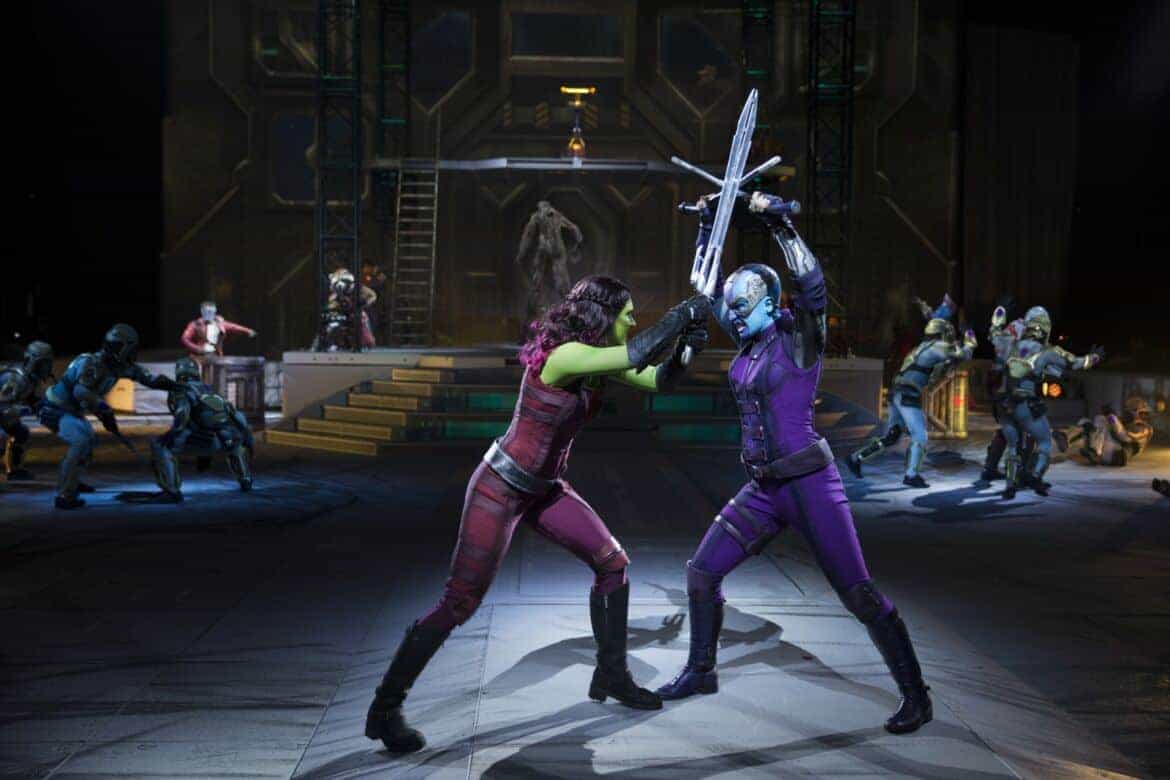 The fight scenes are robust and satisfying, rendering every moment action-packed as the story leads up to its captivating finale. Even adults will find themselves gasping aloud and inching to the edge of their seats. More than even a movie, this show is like a living, breathing comic book that has come to life. POW! CRASH! BOOM!

“I’m extremely excited to work on Marvel Universe LIVE! Age of Heroes and bring the talents and powers of these amazing characters with such dimensionality to life,” said Marvel’s chief creative officer, Joe Quesada. Marvel Universe LIVE! Age of Heroes debuted in July. The show will travel
throughout North America on a multiyear tour before going overseas in 2019. Find tour dates and
tickets at MarvelUniverseLive.com.

My visit was comped. All opinions remain my own.

14 thoughts on “Does Marvel Universe LIVE! Age of Heroes Live Up to the Hype?”