On the morning of the Doctor Strange panel discussion I was beaming with excitement. Having just seen the film the previous night, I could not wait to see the cast, director, and producer assembled onstage.

After checking in at the venue I was ushered over to the Doctor Strange: Question Your Reality Photo Experience. Here, I did my best impersonation of the hand choreography from the film, captured in 4 photos. For a novice, I think I did an okay job but you can judge for yourself. I learned later that the hand choreography is actually inspired by the dance style called “Tutting” which can seen performed by professional dancer and YouTube personality JayFunk.

Next I moved to a second experience, this one utilizing a virtual reality headset. In this experience, the headset wearer is placed in a virtual version of Doctor Strange’s Sanctum Sanctorum. From there, gateways lead to three different realms inspired by film: the Astral Plane, the Mirror Dimension, and the Dark Dimension. Each one designed and drawn by a different artist in a virtual reality space. With the ability to travel into each dimension, it certainly felt like I was inside the set pieces from the film. 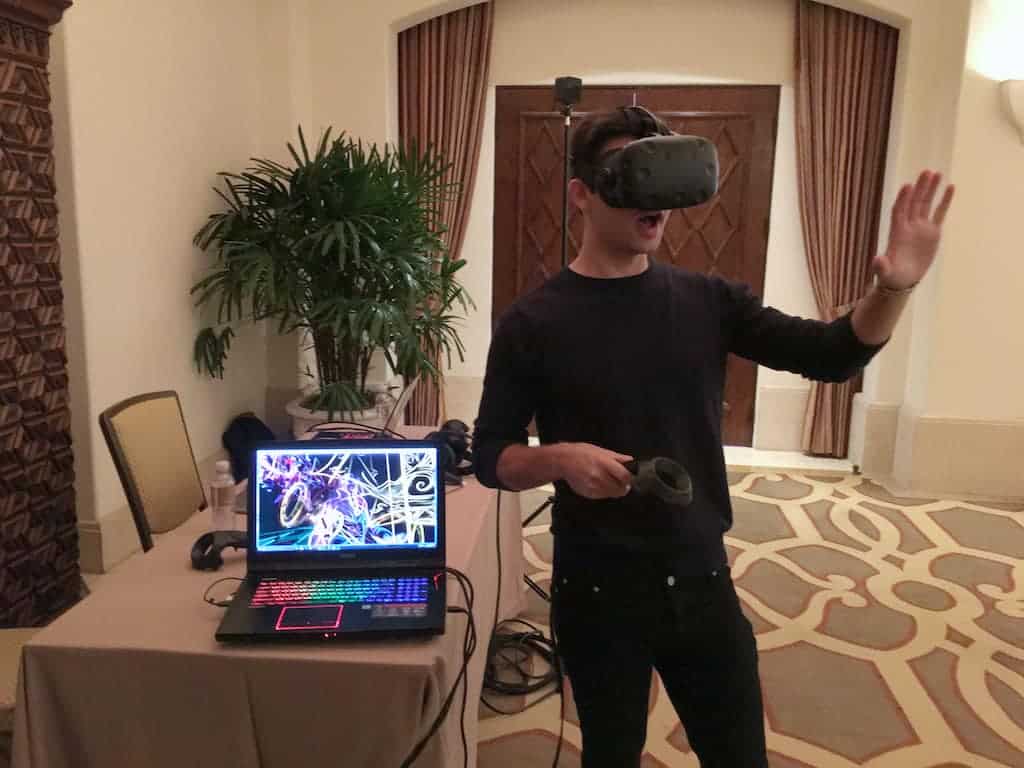 With just a few minutes left I headed into the main hall where the panel discussion was just about to begin. A moderator came onstage and introduced Producer, Kevin Feige, the cast, led by Benedict Cumberbatch as Doctor Stephen Strange, and Director, Scott Derrickson. He starts off by saying, “Doctor Strange made its first appearance in Strange Tales July 1963, Issue 110. What made this the right time to bring Doctor Strange into the Marvel Cinematic Universe?” Here we go.

Producer Kevin Feige takes this first questions and explains that the team at Marvel has been talking about doing a Doctor Strange movie for many years and that timing was a big part of the decision. As this will be the 14th film in the MCU, the goal of each film is to push the boundaries and surprise audience; to deliver something that is unique and different. He goes on to explain that “there are these street-level narratives of the Marvel Universe that we’ve seen in a lot of films. There is the cosmic level which ‘Thor’ and ‘Guardians of the Galaxy” and ‘The Avengers’ have taken us to. But there always has been a very important supernatural side to the Marvel comics, and we haven’t really touched on that. And ‘Doctor Strange’ is our perfect entry point into that realm.” One thing that was abundantly clear was that tapping into other dimensions and tapping into the supernatural realm of the MCU is going to come in handy as the grander story unfolds, so the timing was perfect.

Speaking of timing, I learned that the start time and release date for this film were actually pushed to accommodate the schedule of Benedict Cumberbatch. When casting began Director Scott Derrickson and Feige both agreed that Cumberbatch was the perfect choice and the only actor they wanted to play Doctor Stephen Strange. Cumberbatch remarked how “incredibly flattering” it was to be singled-out but also recognized the immense “weight of responsibility” it put on him to “do a good job and fulfill the promise” given to him. Each cast member remarked what a thrill and great honor it was to be apart of a Marvel film. Tilda Swinton, who plays the enigmatic Ancient One, commented that “it’s a bit like being invited to join the circus.” With so many different types of characters populating the MCU and Kevin Feige acting as Ringmaster, I understood the comparison perfectly.

The focus of conversation then shifted to actor Mads Mikkelsen who plays the films villain, Kaecilius. In the last couple of years, Mikkelsen’s on-screen resume has included characters in James Bond, ‘Hannibal’, the upcoming ‘Star Wars Rogue One’, and now ‘Doctor Strange.’ Growing up, Mikkelsen confessed that he spent “half of [his] life reading comic books and the other half watching Bruce Lee.” So for Mikkelsen, it was a childhood dream come true when the pitch for ‘Doctor Strange’ included a lot of kung fu and flying stunts. Later when asked about playing another villainous role, Mikkelsen said, “I always play all characters as a hero. The key to any good villain is that they have a point. We tried to make [Kaecilius] a man who believes in what he’s talking about.”

Now 8 years into the MCU, the real challenge was to make films fresh so they don’t fall into a formula and don’t feel conventional (even by superhero standards). For Director Scott Derrickson, the challenge was to try to make a movie that is as visually progressive by movie standards, as the Steve Ditko art was in the Sixties. Visual effects have caught up to where the filmmakers can really do some exciting things. The trick, as Derrickson explains, was to “not hold back and to push ourselves as far as possible to do original things with the set pieces … [the] goal was for every set piece in the movie to be the weirdest set piece in any other movie, each one of them would be uniquely odd and unusual and refreshing.” Having seen the film, it was obvious that the filmmakers did just this and pushed themselves into creating something new and fresh that would genuinely surprise the audience.

The biggest surprise of the panel as well as one of the funnier moments came about when Benedict Cumberbatch recounted a story from one of the finals days of shooting in New York. Just before production wrapped on the last scene of the film, Cumberbatch entered a nearby comic book shop to say hello. This moment was quickly captured with selfies that went viral around the world. Cumberbatch even recalled commenting to the store owner that if the film didn’t work out, he could come back to the shop and help stock shelves.

For the final question, we all wanted to know where will Doctor Strange go next? Producer Kevin Feige was quick to comment that Benedict puts on the cloak again early next year in ‘Avengers: Infinity War.’ Everyone in the crowd, myself included, whistled and cheered.