Compassion, patience, love, and selflessness are what make a mom, and on television, there are no exceptions. From June Cleaver, to Morticia Addams, to Lorelei Gilmore, TV moms have been showing everyone who’s in charge for years. A few women who play mothers stopped by the terrace at the Walt Disney Studios lot for cocktail hour, and I had the chance to meet some of the lovely ladies over a drink. In addition to being some of the sweetest ladies, they each play unique and interesting matriarchs on ABC. 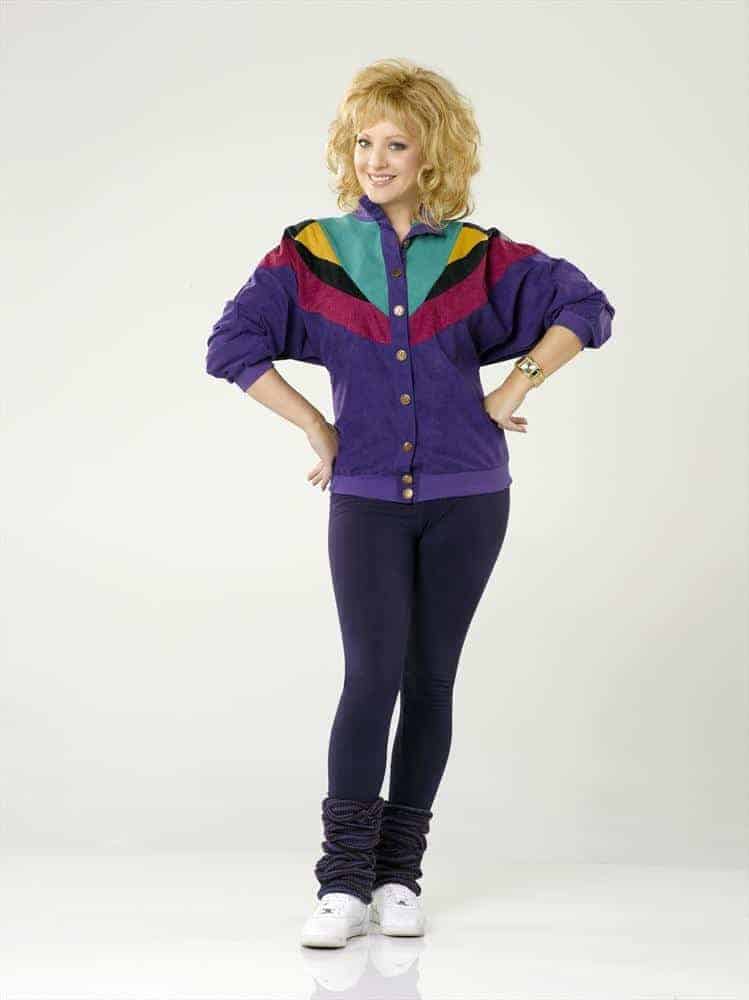 Wendi McLendon-Covey of The Goldbergs

On The Goldbergs, you see her as the large-haired blonde mother of three getting her aerobics on and trying to keep her husband in check. Her career boosts on Reno 911! and as the unforgettable, exhausted cousin of the bride in Bridesmaids led McLendon-Covey to her starring role on ABC. Though not a mom in real life, she does a great job making everyone laugh as Mrs. Beverly Goldberg.

The Goldbergs is on Tuesdays at 9pm. 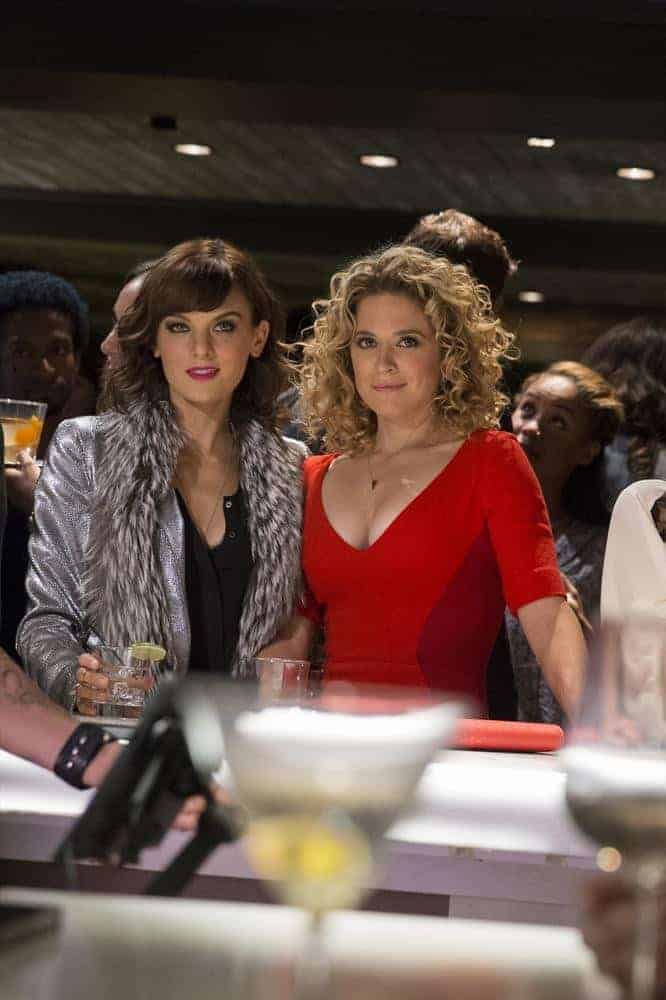 Frenemies Fabienne (Shaw) and Jessica (Carra) are two of the ten New Yorkers looking for a night of fun and relaxation at the fictional bar Mix. Shaw is a familiar face on TV with previous roles including Mary Jo Cacciatore on Blue Mountain State, while Carra has had a series of guest starring roles on shows like Bones and Grey’s Anatomy. The unique series set up of Mixology places the entire season over the course of a single night. Jessica is a single mom looking for a hot night out (something that every mom needs once in a while!).

Mixology is on Wednesdays at 9:30pm. 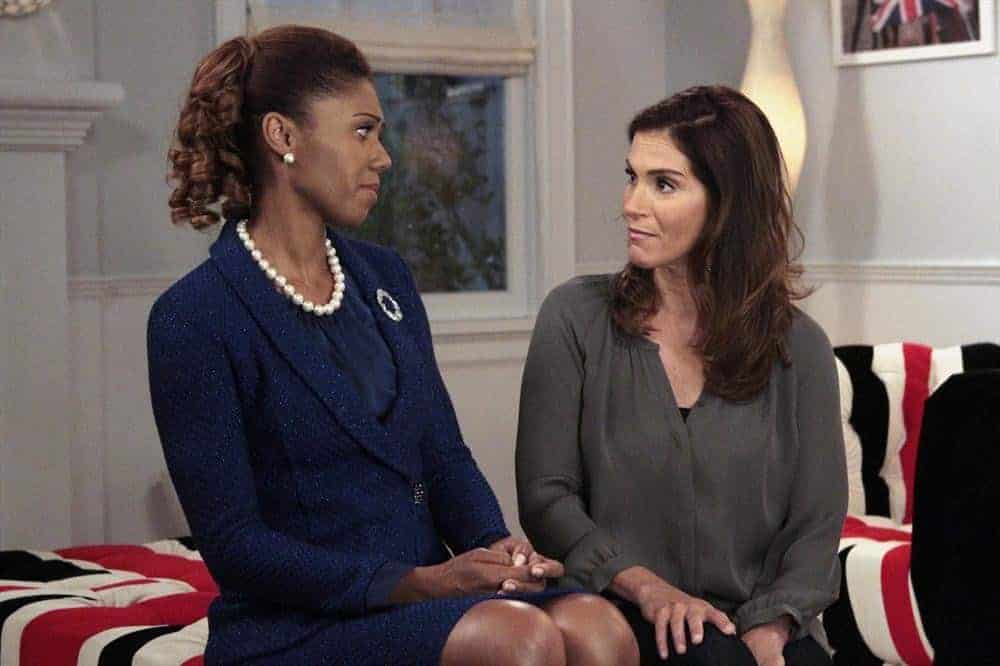 Toks Olagundoye and Jami Gertz of The Neighbors

Acting veteran Gertz stars as the superstar mother, Debbie Weaver, while alien first lady Jackie Joyner-Kersee is played by Olagundoye. The last two decades for Gertz have been spent juggling three sons, and her nurturing spirit shows through to her character. Nigeria native Olagundoye got her start in live theatre before landing the role as an undercover alien.

The Neighbors is on Fridays at 8:30pm. 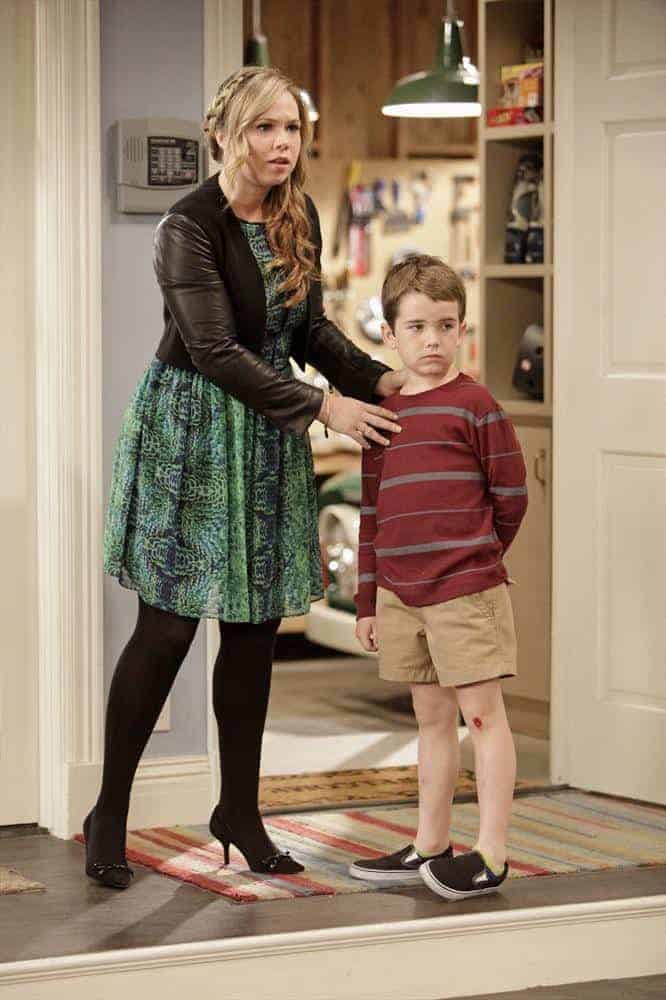 Kristin Baxter (Fuller) brings an uncommon character to sitcom television as a teen mom (now in her early 20s) trying to make things work for herself and her son, Boyd (Flynn Morrison). Fuller joined the show a season late, but has been a perfect addition to the cast. Her mature vision and young spirit make Kristin my favorite character on the show.

Last Man Standing is on Fridays at 8pm.

All photos copyright ABC and their respective photographers. McLendon-Covey by Bob D’Amico; Shaw and Carra by Craig Sjodin; Olagudoye and Gertz by Carin Baer; Fuller and Morrison by Nicole Wilder. I was invited to an ABC event. All opinions are 100% mine.

45 thoughts on “Meet the Moms of ABC”