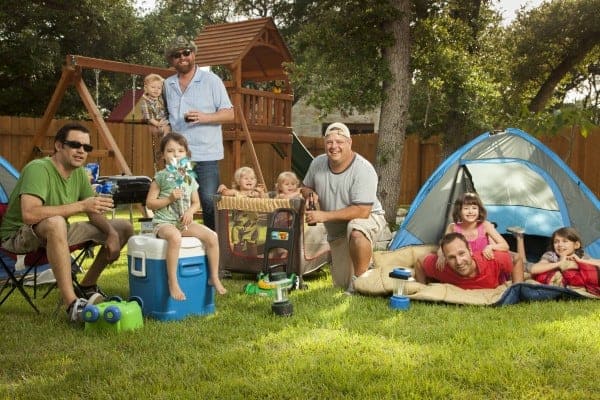 Gone are the days where nuclear families were built of 2.5 kids, a white picket fence and a dog. Days where dads brought home the bacon to apron clad wives offering up freshly baked pies. Nauseated yet? Yeah me to. Let me paint a new picture for you. Four slightly unconventional dads running the show. Diapers? Check. Double Stroller? Double Check. Dad Support Group? I present to you Modern Dads.

Modern Dads features four stay-at-home dads who may be a little unconventional, but they get the job done. Banding together, their “guys club” is a tribe of suburban, child-rearing dudes who are just trying to do their thing…with a kid (or four) on their hip. A good day at the office for them is just keeping their kids—and their manhood—alive. 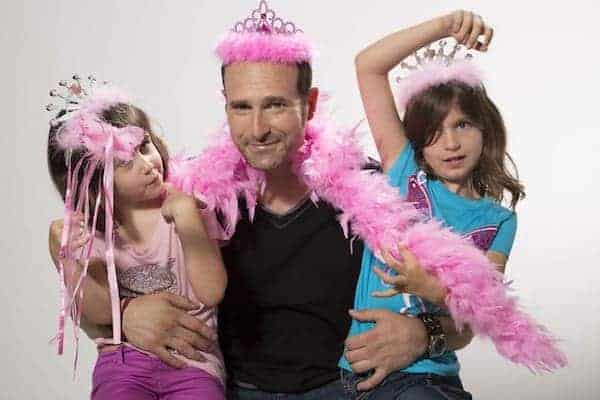 Think of all the outrageously hilarious parenting movies to recently hit the box office, give them a reality check and you have Modern Dads. While recently watching a screening from the comfort of my home I couldn’t help but exclaim things like “Oh My Gosh. That’s My Husband….Those are my kids!” They weren’t mine but it felt like De Ja Vu.

So who are these slightly unconventional, hilarious dads?

He’s 37 years old and a first time dad. He gets a little emotional.

He’s 41 and working the single dad scene but six year old Danica is the most important girl in his life. “Raising a 6 year old is a lot like dating. The Puppy Dog eyes, mixed messages and I pay for EVERYTHING!”

Sean: The Stay At Home Stepdad

He’s the dad without a filter. But for him it isn’t about genetics, its about being there.

As a stay at home dad to four kids NOTHING can shock him. Not even the occasional baby in the dishwasher. According to his wife he loves his kids more than anything else…except maybe his bathroom time.

You’re going to love these guys. They’re hilarious, they screw up, they lack a filter, and occasionally you’re going to wonder how the house is still standing at the end of the day – but hey if you’re a parent you’ve been there right?

P.S. Modern Dad is searching for the best Dadget. Moms and Dads submit a photo of your best dadget idea to show them how you’ve hacked parenthood and you could win a $1,000 gift card!

*This section of SurfandSunshine.com contains a blog discussing products and services for which I have received promotional consideration from A&E Television Networks, LLC (“AETN”) and/or AETN’s third-party advertisers. Unless otherwise expressly indicated, the opinions that you read on this section of SurfandSunshine.com are those of this bloggers and/or the advertisers that commissioned or paid the blogger.