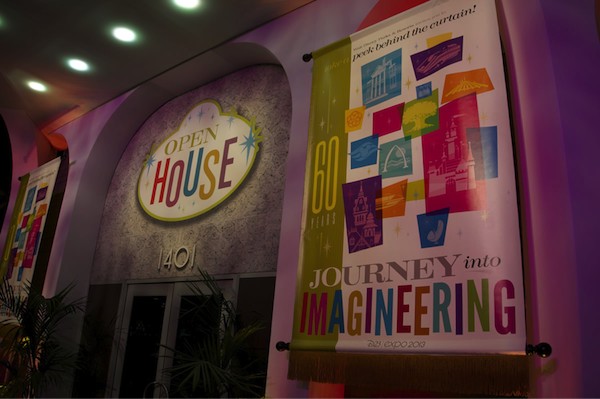 Disney Imagineers truly went above and beyond with their exhibit for the D23 Expo in creating “Journey Into Imagineering.” Following a similar format of Disneyland’s Innoventions, the Disney team created their very own Imagineering headquarters façade, evoking the real location from Glendale, California and providing a magical world inside, showcasing all Disney Imagineers have been working on.

As the sign above the entrance stated, “Journey Into Imagineering” was truly an “open house” for Walt Disney Imagineering, allowing guests to talk with real Imagineers and learn about what each one does. The first room allowed guests to meet and talk with Imagineers working on new projects at Walt Disney World, including the Disney Springs project which is a major overhaul of the Downtown Disney District, as well as the Avatar project being planned for being a new land inside Disney’s Animal Kingdom and a hint at a new Star Wars attraction for the parks. 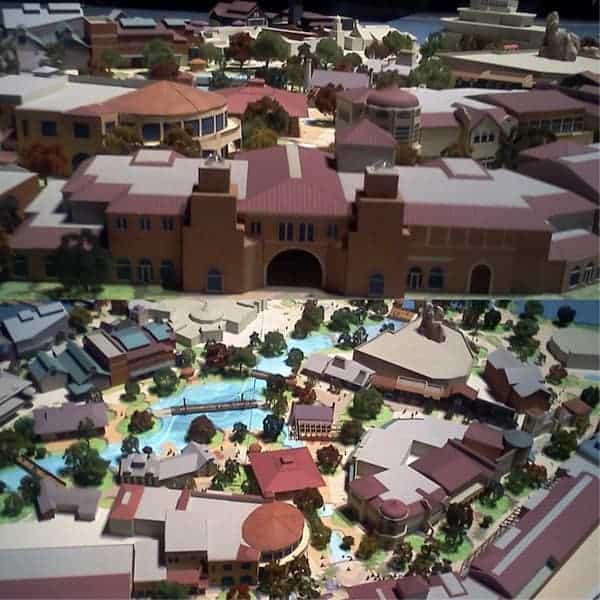 The project with the most released information was Disney’s Springs. Walt Disney World Resort guests and Florida residents had been able to enjoy Downtown Disney for over 30 years but the shopping and entertainment district is currently in the beginning stages of renovations to update and rename this corner of the resort.

According from an official Disney statement, “Our fundamental goal is to create a welcoming, comfortable space where families can enjoy time together and instantaneously feel right at home. We want to give them opportunities to relax, to be entertained, to wander in and out of unique and distinctive shops or enjoy a world-class dining experience. The result is Disney Springs, a timeless and vibrant place that celebrates the turn-of-the century lakeside towns that dotted the Florida landscape.” 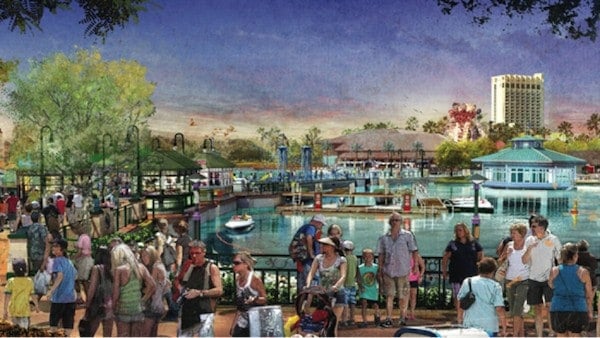 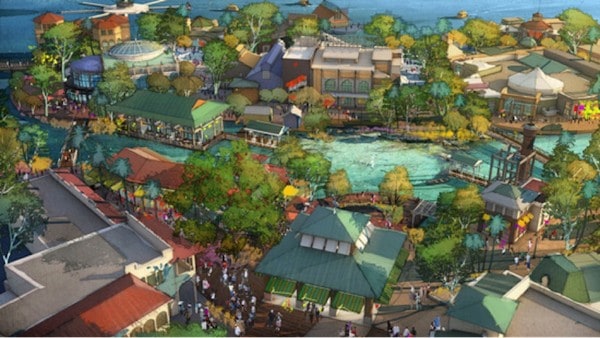 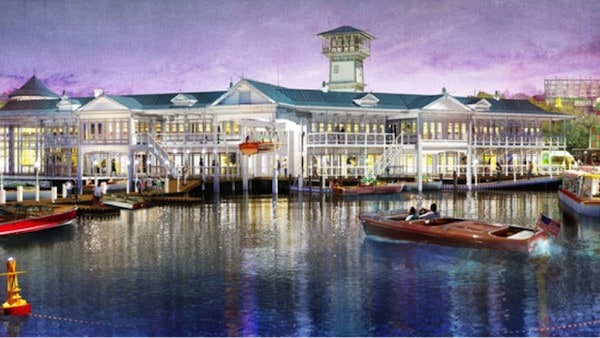 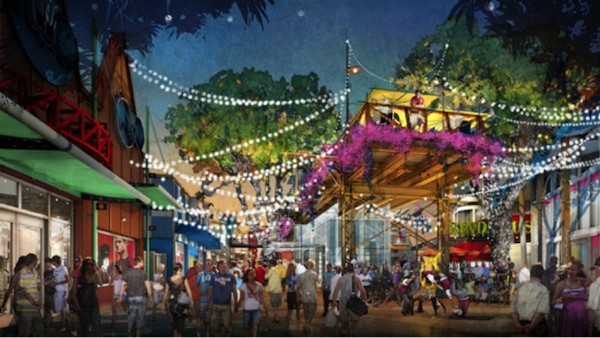 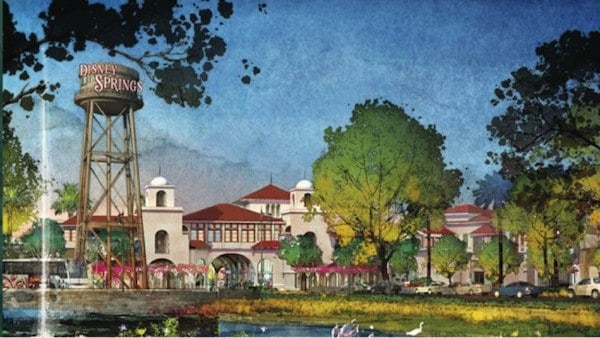 Promotional sketches provided to show imagined Disney World Resort SpringsThe Disney Springs will focus around the Town Center that will have a variety of bubbling natural springs, and expands to three distinct neighborhoods: The Landing, Marketplace and West Side.

The renovations will be under construction until 2016, but once complete will expand from 75 to more than 150 shopping, dining and entertainment venues. 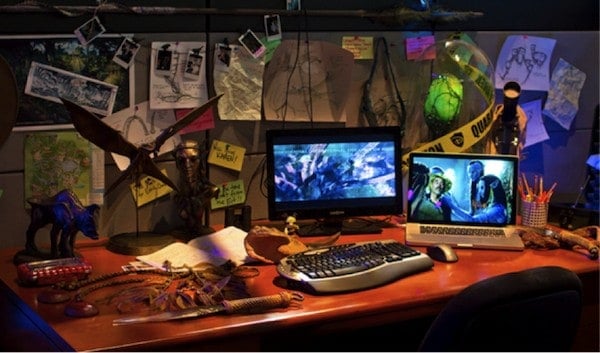 Disney Imagineers had a portion of their exhibit focused on the upcoming Avatar Land expansion that will be built inside of Disney’s Animal Kingdom, however they stayed in character for any questions they were asked in order to supply the “correct answer” instead of actual information.

There were a lot of sketches of local animals and weapons but nothing truly informative of what to expect from the land expansion.

Imagineer Brandon Clailey spoke on the upcoming project saying, “You look at the original mission statement for Animal Kingdom, and you see that Avatar fits in nicely. There’s so much fun stuff to bring, from our videos that show the wildlife to the beauty of Pandora that I think is really going to be a lot of fun.”

While staying tight-lipped, Brandon admitted that a good portion of Avatar that will be represented in Animal Kingdom is the plant life. “One thing that everyone will be really blown away with, is how the bushes and plants will look in Pandora, especially at night.”

There is no projected date yet for Avatar’s land within Disney World, but having shown the first stages of research to D23 audiences, it’s safe to say more information will be released within the next year. 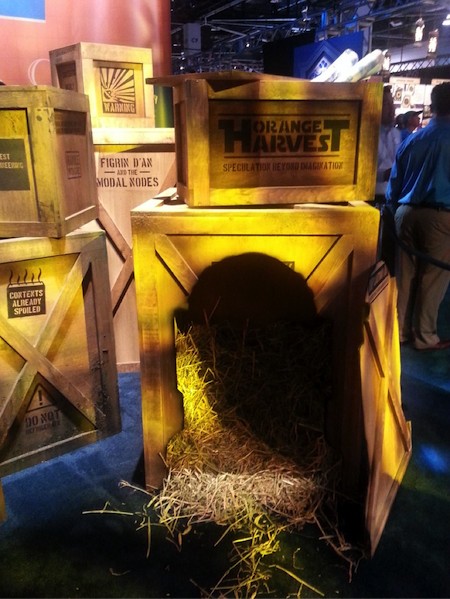 The final park update came from a pile of boxes in front of a R2D2 model, which read Orange Harvest. The title Orange Harvest is a reference to the code name Blue Harvest that was used during the production of Return of the Jedi.

Chairman and Chief Executive Officer Robert Iger admitted that the company plans to announce new attractions in Disneyland. In a statement, Iger admitted, “We’re going to continue to invest in Disneyland. We’ve got some pretty exciting things that we’ll be announcing over the next couple of months.”

Disney acquired Lucasfilm Ltd. Last year for $4.1 billion and has opened stated that Disney wants to use characters like the robot C-3PO, Chewbacca and Wookiee in the parks, movies and television programming.

However, fans seem split on if the new Star Wars attractions will be in the original Disneyland, or in Florida’s Disney World.

Thomas Staggs, the chairman of the Disney’s parks and resorts division, declined to comment on Star Wars role when asked at the convention, while Disney writers including Todd Regan have considered that plans may include a Star Wars cantina in Florida.

While the fans still have much to speculate, one thing was confirmed over the D23 weekend, that Disney will release its first “Star Wars” film, the seventh in the series, in 2015. We’re hoping more information will be released in the not-so-far-away future!

I was granted a media pass to the D23 Expo. Images not taken by myself are copyright Disney.