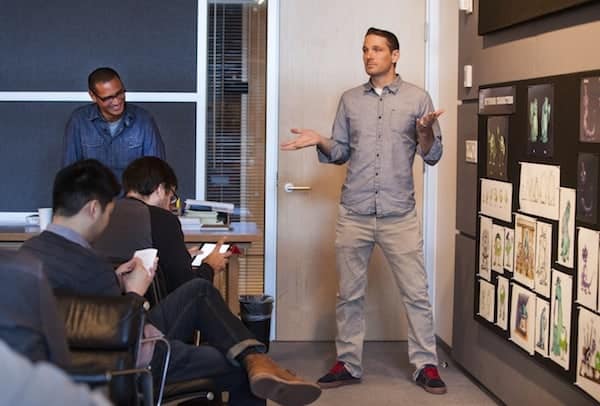 Like any student facing their first day of school, I felt a lot of things as we boarded the bus to head to Monsters University campus, but mostly I felt excitement. I had all of my important gear like my camera, student I.D. and my tweeting fingers were ready. On the ride to Disney Pixars Monsters University, everyone was buzzing about the classes we would have today. Some of us would have classes together and my schedule consisted of: 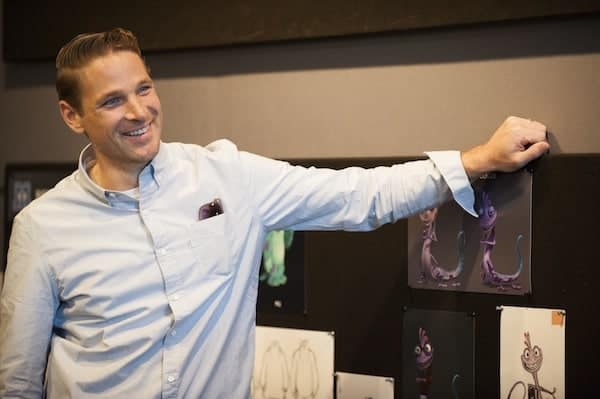 My first class of the day was Sociology. We filed in one by one, ready to take notes and share what we learned with the rest of the world. I had my list of questions in hand, prepared to ask them one by one. But what happened wasn’t the typical sit down lecture/question setting of  a typical university class. At Monsters University we had discussions, learned new things and enjoyed ourself immensely. The lecture flew by as we spoke with Ricky Nierva and Jason Deamer. Their enthusiasm was contagious. A lot of thought had gone into creating the characters of Monsters University so that they would be naturally distinguishable from their Monsters Inc counterparts. 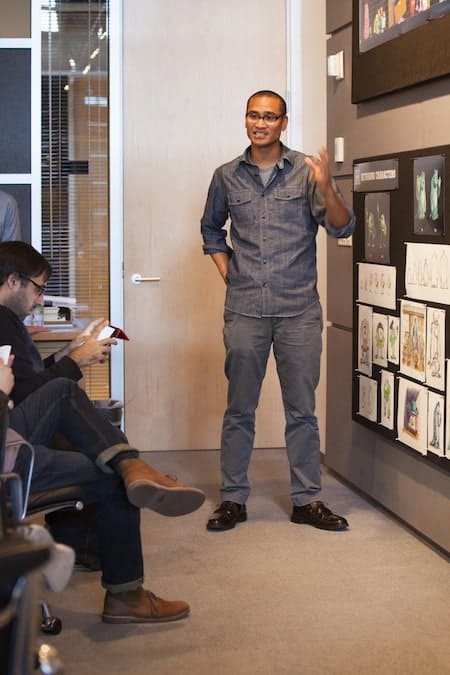 Working on a prequel is a lot harder than doing a sequel – you’re moving backwards instead of forward. They had to research the returning character and find ways to take years off in order to make them look younger.  For instance Mike Wazowski was thinner, brighter, had smaller horns and wore a retainer. He also lost a few wrinkles. Younger Sully was also thinner and they gave him a faux hawk. But it was more than just making Sully and Mike look younger. 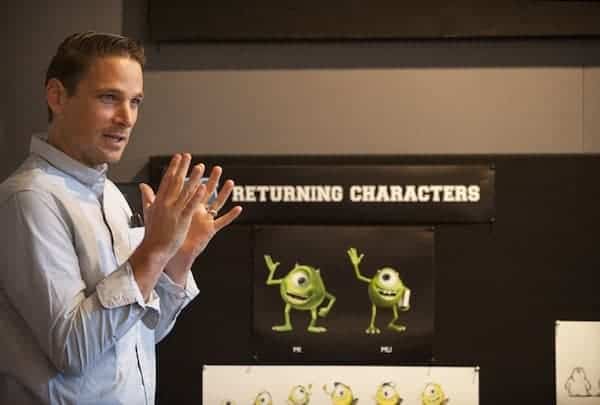 Ricky, Jason and their team were responsible for creating over 300 back ground characters. What is even more incredible, is they did it from only 6 monster classifications: Fungus, Slug, Charlie, Block, Spif, and Pill. Monsters University character development took 4 years and it was worth it because there are some awesome new monsters in this movie!

Dean Hardscrabble is one of the most interesting new characters. She was designed to be elegant but creepy and is based off the poisonous giant centipede – “Scolopendra gigantic.” Aside from Sully and his challenging fur development, Dean Hardscrabble was one of the most challenging to work with. I have a new found respect for the amount of work put into all of these characters.  Each one was so unique that the characters had both model names and script names. I always find it so fascinating the details and nuances that go into making  a movie. For me, sitting down to watch it is that much more enjoyable when I know the behind the scenes info, fun facts, and effort within the story.

But alas, all too soon the 30 minutes were up, the bell rang and it was off to the next class. Check back tomorrow for my notes from ENGLISH 101!

3 thoughts on “Monsters University SOCIOLOGY 203: Deconstruction of a Character #MonstersUEvent”