This May signaled the end of an era for Ringling Brothers and Barnum & Bailey circus as their final eleven elephants retired to a 200 acre sanctuary in central Florida to spend the rests of their days soaking up the sunshine. For decades the word circus was tied heavily to these majestic animal performers, so what would a circus be without it’s elephants? 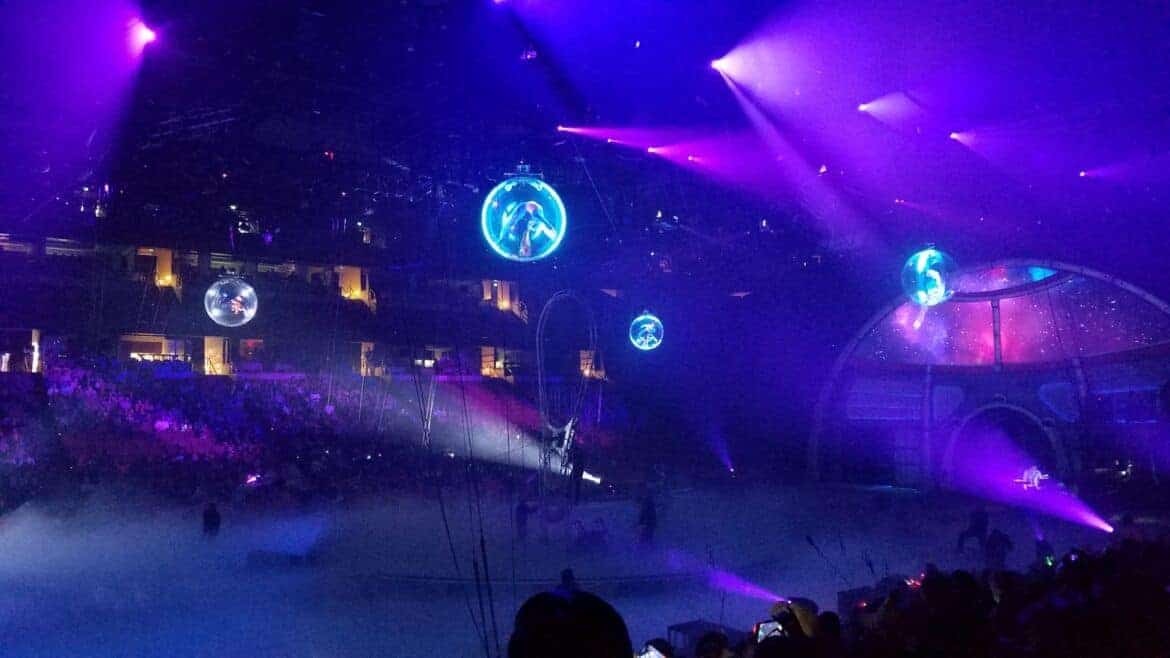 Better. So much better. For them and for us. With the retirement of their elephants, Ringling Brothers and Barnum & Bailey now present Out Of This WorldTM. A show unlike anything they had done before, it aims to create new meaning for the word circus.

Out Of This World follows stories as old as time; good vs evil, and the question that asks “is there something else out there”, while incorporating technology for an interactive experience we can become immersed in. As my family sat in the audience, newly minted members of the Circus Space Fleet, we embarked on a heroic mission to bring our teammates back to Earth. Nothing could stop us in our quests as we traveled through the interstellar worlds of sand, water, fire and ice – including the evil queen.

As we watched our comrades in action, we saw many elements of a traditional circus including clowns, acrobats, majestic animals and trapeze artists, but there were so many new features too. For the first time, acts included those in the air, on the ground and on ice, something never done before in a Ringling Brothers show. What was really unique was the way it was almost impossible to tell where the floor ended and the ice began. 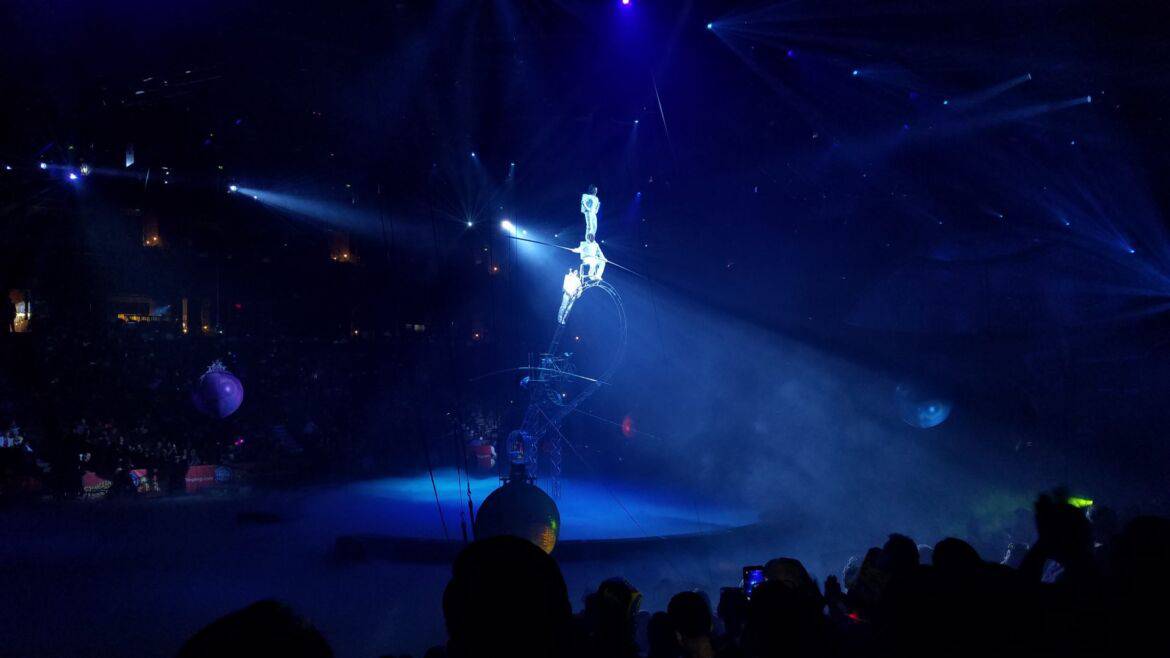 The one consistency between the acts was that it seemed to leave us more amazed than the last. From nail biters like seven motorcycles racing in a small steel cage, to a half dozen trapeze artists flying through the air – we all held our breath as each act was more incredible than the last. Then, just when you think you have seen it all, out comes a mixture of fire, ice, stilts and trampolines. AT THE SAME TIME. Mind. Blown.

Following the Los Angeles premiere, Ringling Brothers and Barnum & Bailey Presents Out Of This World will travel throughout the United States on a multiyear tour, including stops in major cities like Chicago, Miami and Atlanta. Your family can find a complete list of tour dates and locations through March 2017 and purchase tickets, on the Ringling Brothers website. Keep up with the circus on Facebook, Twitter, Instagram and YouTube — @RinglingBros.

Thank you to Ringling Brothers for providing tickets to the show. All opinions remain my own.