While some only dream about making the world a better place or  just talk about it, others make change happen with their actions. In Kolkata, India’s most notorious squatter’s colonies, a group of kids known as “area health minders”, have organized a movement to improve the quality of life in their community. The area doesn’t even appear on a map, can you imagine that?

“The Revolutionary Optimists“ is a film that documents the story of  Amlan Ganguly and his work with three children: Kajal age 12, Priyanka 16, and 11 year old Salim. Instead of directly assisting the children, Amlan decided to approach the problem differently by empowering the children instead. These children refuse to accept their fate and are working hard to facilitate change. 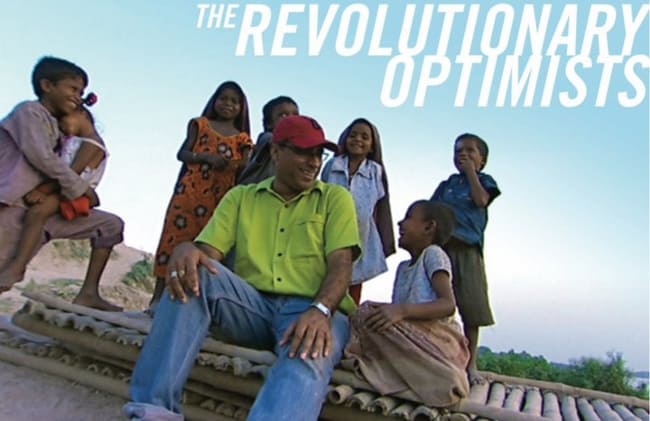 The children record and track information about issues impacting their villages like water, sanitation and diseases. They have taught dance, performed street theater, and learned to use technology like GPS devices to achieve results. Vaccination drives organized by the children has brought them a step closer to eradicating polio (As of Jan 2013, India has gone 2 years without incident). They’ve reduced waste contamination by converting garbage dumps into playing fields, and worked to educate the community about disease prevention. Their efforts have produced a significant decline in malaria and rotavirus diarrhea infections in the community. 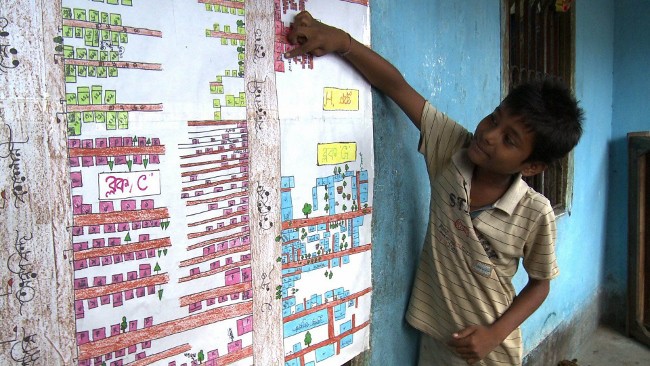 Amlan has enabled the children to have some control over their fate by empowering them to make decisions and changes that improve their circumstances.

“As a girl, I’m always told things happen because of fate. But its the things I do, not luck that determine my fate. So we must forget about fate, and move forward. ” -Priyanka

The movie aims to draw attention to health problems in the developing world that are preventable and treatable, and demonstrate how education and child empowerment are a critical key to positive change. “The Revolutionary Optimists” is an amazing, eye-opening film that shows strength of community amidst poverty and opens in theaters March 29, 2013.

Learn more about the children and their efforts on The Revolutionary Optimists Facebook page or join the conversation on Twitter @RevOptimists.

19 thoughts on “The Revolutionary Optimists: Children Who are Changing their World”