Even some of the biggest fans of the Robin Hood Disney movie classic may not know the answers to these 25 trivia questions. How many do you know?

I can remember watching this movie over and over again in the late 80s with my younger sister. She used to know all the words by heart and would recite the movie as it played (which, of course, I HATED).

I recently showed it to my son for the very first time this weekend and was surprised that I still knew the words to the songs. Even more surprising, was that after only one viewing, I’ve heard Whistler singing some of the tunes while playing with his toys.

This is truly a classic that is instantly loved by all.

Join Robin Hood and Little John, his trusted companion, Friar Tuck and his hilarious band of Merry Men as they outfox greedy Prince John to save the good people of Nottingham.

Dashing from one daring deed to the next, Robin won’t rest until he wins the hand of Maid Marian and restores King Richard to the throne.

Reminiscing lead me to about a half dozen interesting facts found online that I don’t believe most people know about Disney’s Robin Hood.

Fans of Disney movies have come to enjoy and expect all the fun easter eggs that are often hidden within the films. But some Disney fun facts aren’t always as simple as spotting something hidden on the screen.

Prince John or the Sheriff of Nottingham, Who is the Real Villian?

Prince John’s character and his infantile behavior whenever someone mentions his mother is a sly reference to the real King John “The Fool” of England.

In the Disney version of Robin Hood, Prince John claims the place of main villain instead of the Sheriff of Nottingham. The Robin Hood Disney classic story is the only tale about this legendary hero in which Prince John is his main antagonist.

In all other versions of the story, it is the Sheriff of Nottingham who causes most of the trouble. In some of the films, Prince John is not even mentioned.

The Sheriff Could Have Been a Goat

Speaking of the Sheriff of Nottingham, his character was originally a goat, but was later changed to a wolf, which seemed to make a better villain.

Sir Hiss, Prince John’s villainous advisor, was voiced by Terry-Thomas. The animators also borrowed the famous gap between the actor’s teeth for the visual design of the character.

Makes for a handy opening for his tongue to dart out of, doesn’t it?

The University of Southern California (my college!) fight song, “Fight On,” is played during the chase scene after the archery tournament.

University of Wisconsin’s fight song “On Wisconsin,” is used during the “football” sequence of this scene.

Wait, Have I Seen That Dance Before?

People who watch Robin Hood may get a sense of De Ja Vue. Due to it’s modest budget artists reused footage from previous animated movies.

Many people especially notice it during the song-and-dance number, “The Phony King of England”.

It’s because the characters’ movements resemble those from The Jungle Book, The Aristocats, and Snow White and the Seven Dwarfs.

Here’s another side by side of Snow White and Robin Hood’s dance sequence so you can see what I mean!

Little John, the bear in Disney Robin Hood, is nearly identical to that of Baloo in The Jungle Book. Both characters were voiced by actor Phil Harris, and have similar personalities.

The slight difference is that Little John more closely resembles a brown or grizzly bear while Baloo was based on an Indian Sloth Bear. Little John is slightly more responsible (albeit villainous) than Baloo.

Will Disney Studios Survive Without Walt?

Robin Hood was the first animated feature to be produced almost completely without Walt Disney‘s involvement after his passing.

Everyone was really concerned about the fate of the company and if it was even possible to succeed without his brilliant touch and ideas. So, it’s box office success was treated as a foreshadowing of whether or not the studio could carry on without his magic.

Where is Lady Cluck from?

The voice of Lady Cluck, Carole Shelley lent her voice to Lachesis in Disney’s Hercules, 26 years after Robin Hood. Judging by Lady Cluck’s accent, she is likely from Scotland.

When the ladies meet Skippy for the first time Lady Kluck exclaims, “Oh, Marian, what a bonnie wee bunny!” “Bonnie” is a Scottish word for beautiful, and “wee” means tiny or small.

Where are the human characters in Disney’s Robin Hood?

Robin Hood (1973) was the first Walt Disney Animation Studios film to not have any human characters in over 30 years (since Bambi in 1942).

Who voices the main characters in Robin Hood?

A classically trained English stage and television actor voiced Robin Hood in this much loved animated film. His love interest, Lady Marian is voiced by a fellow Englishwoman Monica Evans.

What are some famous songs from Disney’s Robin Hood?

“Whistle stop”, “oo-de-lally”, “the phony king of England”, “love” are just some of the catchy classics from Disney’s Robin Hood we all used to sing when we were children (and some of us still do).

Was Robin Hood a real person?

We don’t know for certain if there was a real hero in England called Robin Hood who “took from the rich and gave to the poor”. It looks like the term “Robin Hood” was a nickname given to criminals and robbers around the 13th century (which is when the events in the film take place). But who knows, maybe there was indeed an original robber whose name inspired the nickname?

What kind of fox is Robin Hood?

Robin Hood, as well as his beloved Lady Marian, are “red foxes”. This is the most widespread subspecies of the fox. Most of us, when we think of a sly fox running around in a forest, imagine a red fox, so it is no wonder Disney chose this animal.

Disney had originally wanted to make an adaptation of the story of Reynard the Fox, found in medieval Dutch fables. Turns out the fables were much too dark for young fans and they decided to just portray Robin Hood as a fox instead.

What was Sir Hiss’s job?

Sir Hiss is one of the antagonists in Disney’s Robin Hood. He is Prince John’s advisor and assistant. It was quite common for the royalty of that period to be surrounded by clever and conniving noblemen. So Sir Hiss definitely wasn’t the only snake slithering around in those times.

Can snakes really hypnotize other creatures?

In the film Sir Hiss says that he has hypnotized King Richard and made him leave the country. He also tries to hypnotize Prince John, but can snakes really do that? As it turns out, no, of course not.

In reality, when some snakes wrap themselves around their prey, the poor animals do appear to stay still, but it is because their bodies are being constricted and they are unable to breath or move.

What is the oath that Toby takes?

One of the most adorable moments in Robin Hood is when Toby the turtle takes the oath not to “snitch”. He puts his hand on his heart and solemnly states “Spiders, snakes, and lizard’s head. If I tattletale, I’ll die till I’m dead”. Adorably intense, huh?

What is a lady-in-waiting?

Lady Marian’s trusty companion in “Robin Hood” is Lady Kluck, who calls herself a lady-in-waiting. But what exactly is that? Simply put, it is a female personal assistant of a female member of the royal family (or of a high-ranking noblewoman).

In Europe at that time, the ladies-in-waiting were actually noblewomen themselves, but of lower rank.

What type of hat does Robin Hood wear?

The iconic hat worn by Robin Hood in many films, plays, and pictures is called a bycocket. This type of hat was very popular at that time in Western Europe and it was worn by both men and women.

The Sheriff of Nottingham can be heard, on more than one occasion, exclaiming the word “criminently!” It is a real word that people in the used to yell, when they wanted to express their annoyance or surprise at something.

In Disney’ s “Robin Hood,” Oo-de-Lally is seen to mean strolling in the woods and laughing with your friends. It also refers to remembering old times and enjoying yourself.

Is Sherwood Forest a real place?

Is there an alternate ending to Disney’s Robin Hood?

Yes, they made an alternate ending which was included in the Robin Hood Disney DVD.

Who wrote and sung the soundtracks to Robin Hood?

The most popular songs from Disney’s Robin Hood were sung and performed by Roger Miller. He wrote and sang “oo-de-lally”, “not in Nottingham”, and “whistle stop”.

Can I buy the soundtracks from Disney’s Robin Hood?

Although the score and the songs from the film were recorded, they have never been officially made available for purchase in the United States. 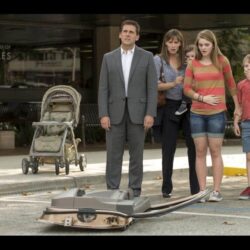 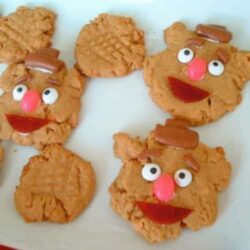 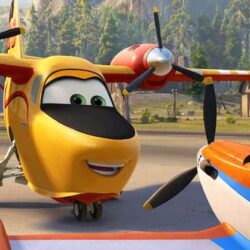 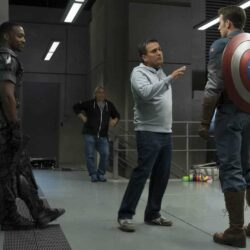 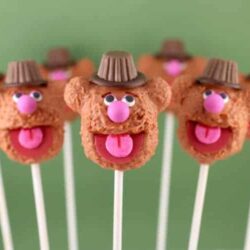 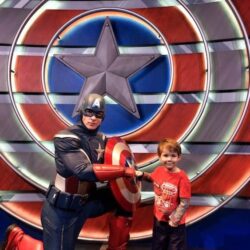 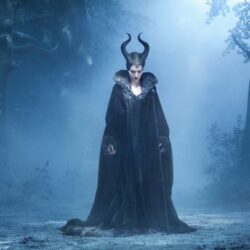 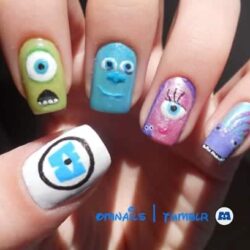 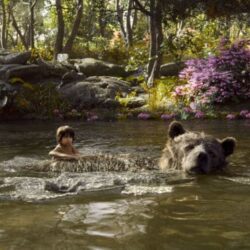 Do you have any other fun facts to add? What’s your favorite thing about the Robin Hood legend? Share your thoughts below!