Skip to content
I was asked to write an article about early childhood technology in 2012 and it was originally published here. I am re-posting it below and welcome your thoughts and opinions. 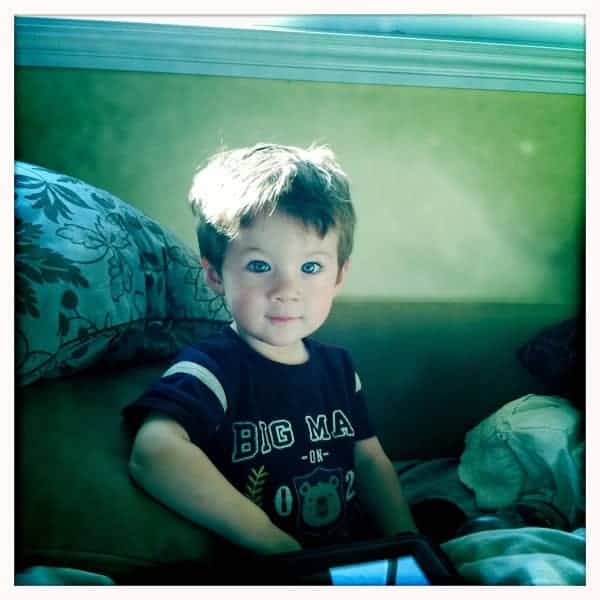 Introducing technology to children at an early age seems to be a hot topic these days. Most experts sternly frown upon any tech exposure at all before the age of 2, with a consensus of 2 hours/day being the max allowed thereafter. While I agree that these generalized guidelines may be appropriate for “mindless” technological entertainment, I don’t feel they can or should be applied to early education technology.

Now, “what is this early education technology you speak of?” you ask. My personal definition would be “any type of technology or advancement that is introduced to children at an early age to enhance or further educational learning or skills”. (Yes, I just made that up. Please feel free to add it to Wikipedia for me.) As with all things in life, to me, it is what you make of it.

When parents make a conscientious choice of the programs their children are exposed to, they are able to actively cultivate a lifetime enjoyment and thirst for learning.

Having been brought up with a techie geek for a dad, I was constantly immersed in every new electronic gadget we could afford to acquire. We went from the Atari (800, 5200 and ST) to the Commodore (64 and 128) and then made the leap to our first personal computer – a Tandy (Zork anyone?). There was no looking back once the telephone modems hit the market and our home somewhere around 1985. I would stay up late into the wee hours of the morning in these monochrome ASCII worlds and quickly mastered the art of finding which numbers were completely free to call. I’m sure I racked up 1700x more minutes than any chatty Cathy with a summer boyfriend. Who needed boyfriends as a tween when I had an almost never ending list of ANSI based BBSes to dial into? After all, my Trade Wars weren’t going to win themselves!

Fast forward to college at USC 10 years later and I’m now teaching my dad about this cool “internet” thing that I used daily as a Physics Assistant – years before it became commercialized into the World Wide Web in 1995. That purple Sun Microsystems box at my mandated student aid job provided endless hours of entertainment and wonder as I “who-is”ed other university computers and hacked into the homework assignments of students in Germany.  Once opened up to the public, I immediately built my own e-commerce site and ended up being an original beta tester for eBay. (I should get some sort of gold star or something for that, right?)

And then there was this one time where I took this video…Ok, wait. Where was I? Oh yes, early education technology and what you make of it. The point to my endless blubbering up there was that it was inevitable that I would also unabashedly throw computers and technology at my first born! Cut me open and I will probably bleed binary 0s and 1s. I readily admit that my son has received countless hours of technological exposure since he was just a little guy, and I would not change a thing.

I’m not a certified instructor or accredited teacher, but I do know that repetition is key in learning new things, especially for children. The iPad is a wonderful tool that accomplishes this task while also engaging and encouraging its users. (When was the last time a flash card said your name and sang you a song for getting the answer right?) I am, however, very picky about what he watches on TV and plays on the iPad. All shows and apps must have an eduCational value, so shows like Tom and Jerry or apps like Tom the Cat are NOT allowed.

I can remember early on, when the other women at Mommy and Me would look at me in disgust as I handed over my iPhone to my son after class while I spoke to another mom. They close mindedly assumed that I was merely handing him a distraction and didn’t bother to look and see what was really going on. He was learning. He was creating words from the letters on the screen. He was naming animals that most adults didn’t even know existed. That “thing” that the other moms were so petrified of exposing their children to “too early” had placed my child leaps and bounds ahead of theirs intellectually, which meant he was also able to communicate with me more effectively.

My son has a sweet disposition by nature, but I am certain that without his advanced communication skills (acquired from exposure to a ton of technology from mom) we would not have been able to “skip” things like temper tantrums and inconsolable crying. We luckily learned to communicate with each other very early on and this, I feel, has created an incredible blanket of confidence and security that has only strengthened our relationship. I have found that when used in moderation, and not as a replacement babysitter, early exposure to technology can provide some amazing benefits to both you and your children.

What has your experience been with your children? Are there any devices or apps that you would recommend?

5 thoughts on “Toddlers and Technology: Embrace or Reject?”