“Each year thousands of hatchling turtles emerge from their nests along the southeast U.S. coast and enter the Atlantic Ocean. Sadly, only an estimated one in 1,000 to 10,000 will survive to adulthood.” Sea Turtle Conservancy 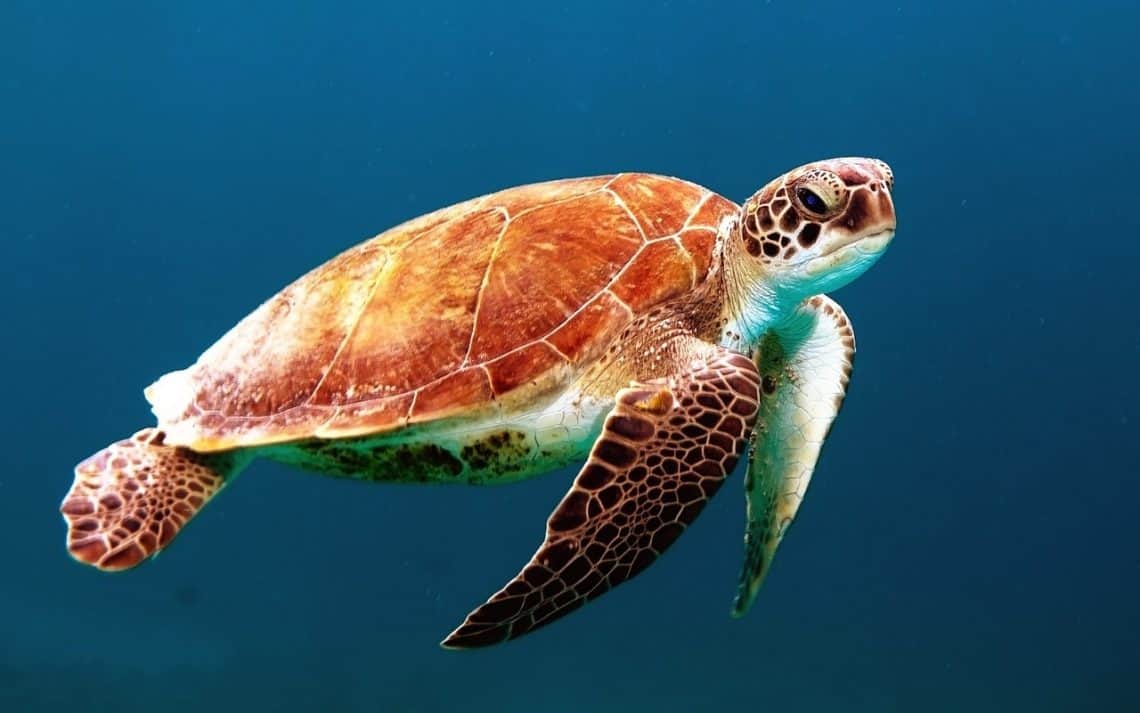 The threats that turtles face in efforts to survive have increased greatly because of the habits of humans. Unfortunately, all of the sea turtles currently residing in U.S. waters are listed as endangered (except the loggerhead which is considered threatened) and all seven of the species of sea turtle populations are quickly being decimated by human interference. 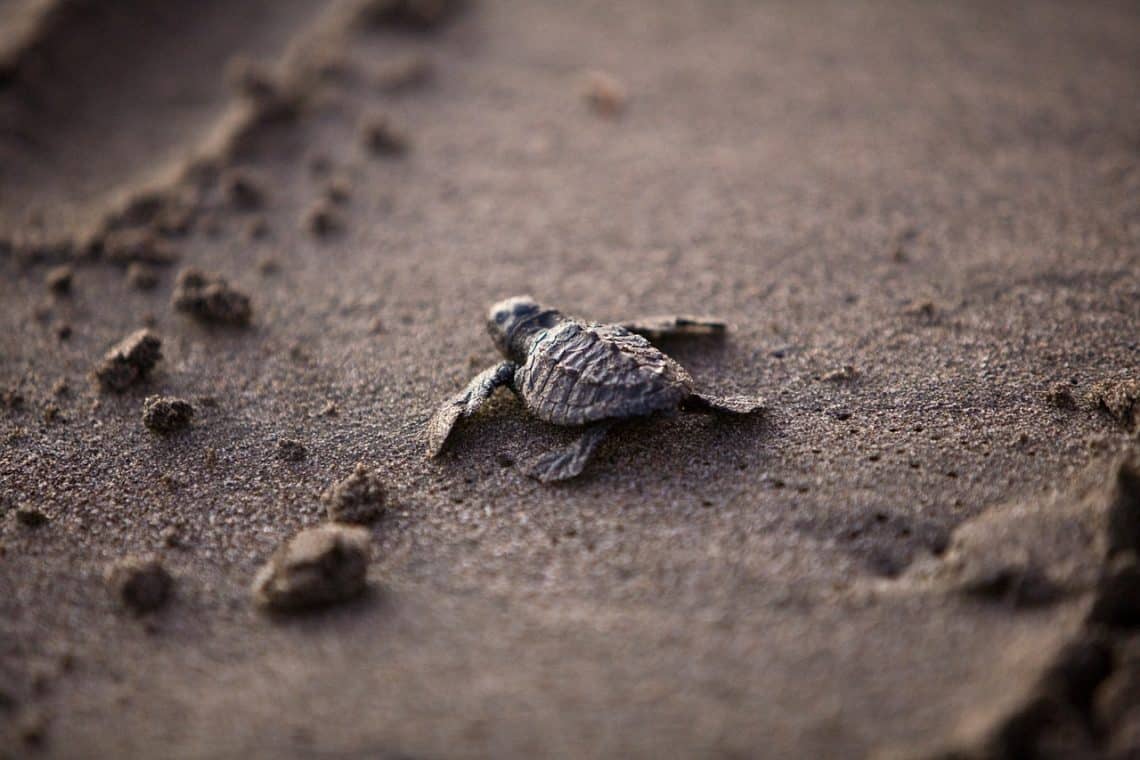 Sea turtles already have slim chances for survival. Nesting females are at the mercy of environmental factors such as artificial lighting from hotels and other developments which can confuse sea turtles. It can interfere with the actual nesting process as well as the journey baby turtle hatchlings take towards the ocean. The fact that many beaches are also overwhelmed with constant activity, day and night, can negatively affect sea turtles and the survival of their offspring. Once a turtle lays eggs, they immediately become open to predators such as raccoons, ants, crabs and many different kinds of invasive species that will eat the eggs before they even get the chance hatch. In some countries, turtle eggs are a delicacy despite the many laws in place to protect the hatchlings. 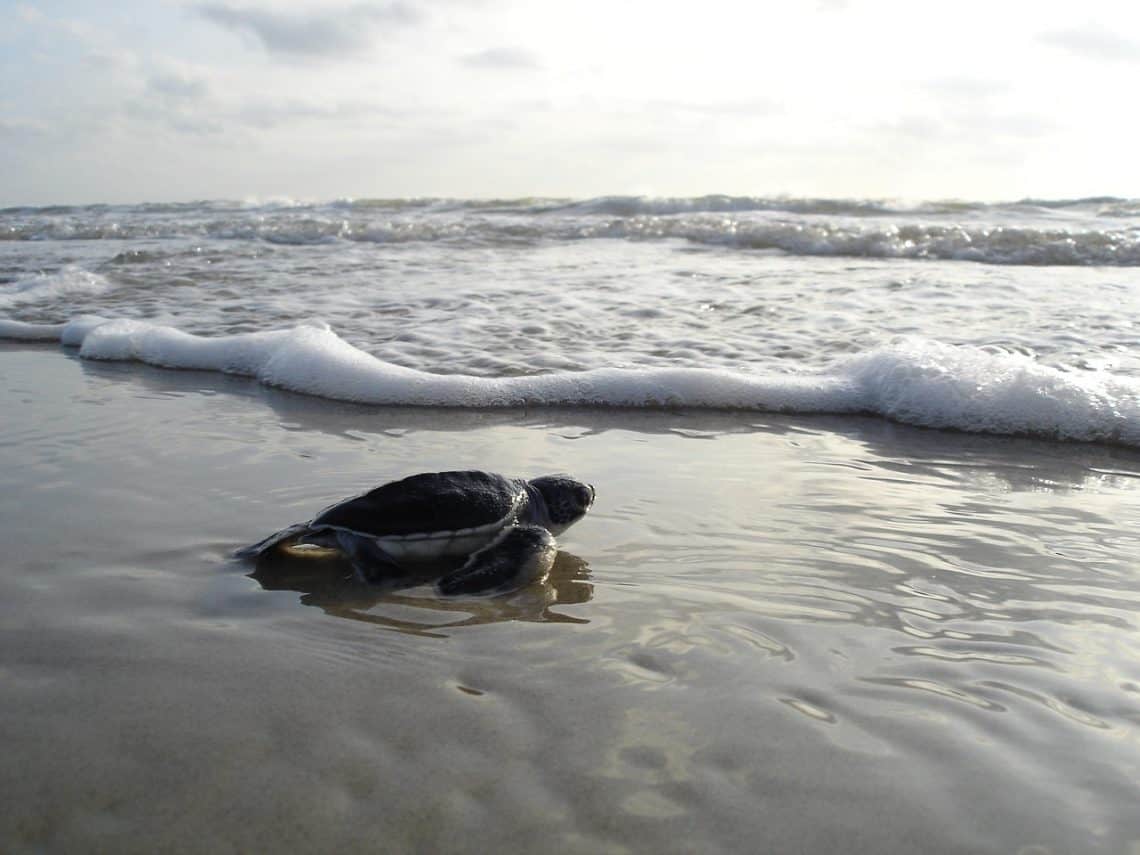 If a sea turtle does survive long to make it into the sea, the only natural threat is usually an occasional shark attack. However, manmade threats continue to rise at an alarming rate. Not only are many turtles killed to be eaten, but they are killed for shell trade as well, especially the Hawksbill with its beautiful pattern and coloring. Longline and trawl fishing also pose a threat as sea turtles get caught in the lines and other fishing equipment, as well as ocean pollution, oil spills and the effects of climate change. Sadly, sea turtles are struggling greatly with these threats to the point of endangerment so we have to step up and try to reverse the damage we have done as humans to these beautiful creatures.

How You Can Help

It may seem like a futile battle, but we can all take steps to help successfully protect sea turtles. Here are some ideas you can do each day or as a family to help save sea turtles.

When you shop online, use GoodShop to help donate a portion of your proceeds to Sea Turtle Conservation.

When you become a member of the Sea Turtle Conservancy, you can “adopt” an actual sea turtle. Your donation will help support sea turtle conservation, and you will receive a membership kit which includes an adoption certificate, conservation guide, sticker, window cling and more. This also makes an excellent gift for family members and friends. 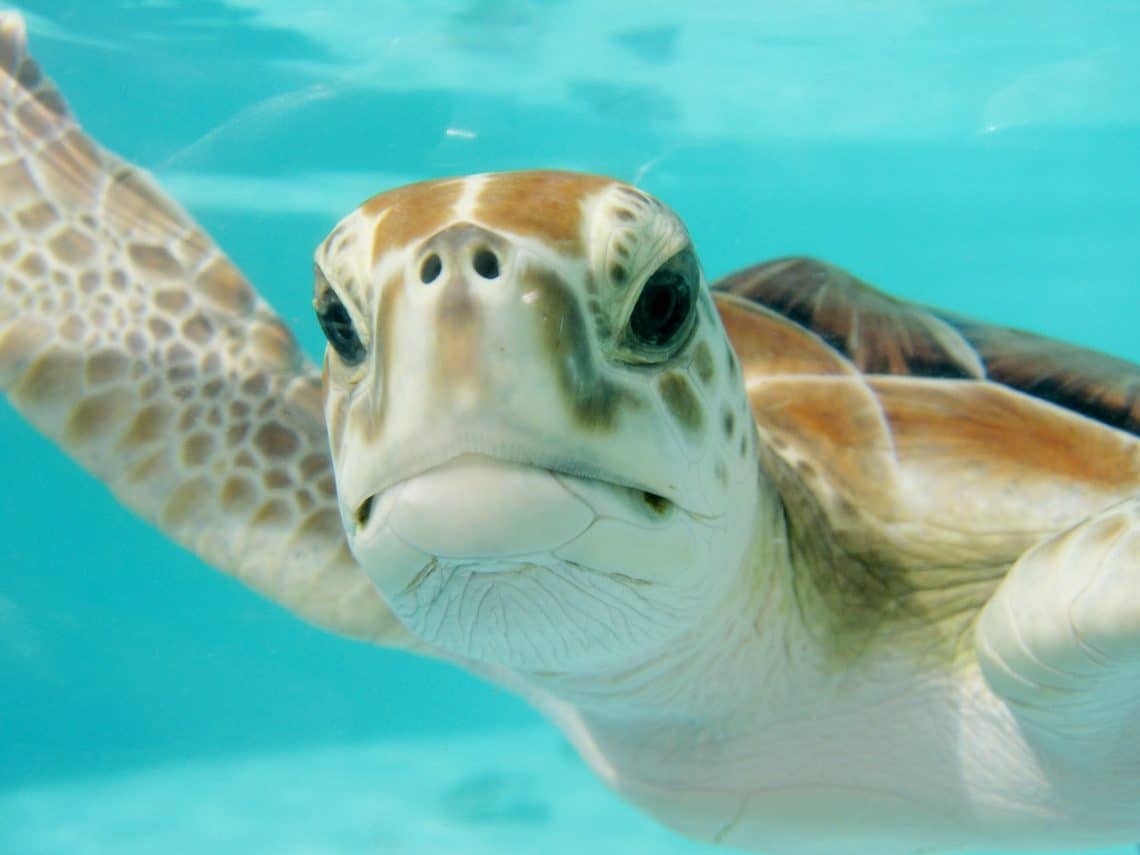 According to the Sea Turtle Conservatory, 80% of the plastic debris comes from land. It makes its way through multiple channels and into the water where sea turtles eat it or get caught in it. The most common items found during cleanups are food wrappers, plastic bottles, and cigarette butts – meaning we need to more conscious about all of our garbage, not just plastics. Sea turtles have also been killed by mistakenly eating helium balloons so please do not release helium balloons – especially along the coastline. We can act daily by simply being mindful of what you are throwing away, and support companies trying to reduce everyday waste.

From motor oil to lawn fertilizer, many of these toxic chemicals end up back in our environment, especially the ocean. Use biodegradable options when possible, and when not, use proper disposal methods to insure they do not end up polluting or harming wildlife.

Floridians can purchase a “Helping Sea Turtles Survive” license plate and proceeds will go towards helping care for sea turtles.

Be a Green Family

Using GPS satellite transmitters, the Sea Turtle Conservancy (the oldest sea turtle research and conservancy in the world) tag and track the migrations of sea turtles after nesting in several locations in the Caribbean, central America and the US. Why? Because the gathering of migration information allows the Sea Turtle Conservancy to continue to strive for more methods that will help save these amazing sea creatures. For instance, if they see that many seas turtles spend time breeding off the shore of Barbados, then they know they want to step up conservation education and efforts in that country.

I’m a huge fan of eco-tourism and believe this is a wonderful way to teach children social responsibility while also making lifelong memories. So why not take a vacation designed to help save the sea turtles? In the Caribbean, Four Seasons Resort Nevis has been partnering with Sea Turtle Conservancy for the last ten years with an annual Sea Turtle Conservation Weekend designed to allow visitors and residents help in efforts to take them off the endangered species list. This program has been designed to raise awareness about such an important issue directly affecting the local sea turtle population, and it gives guests the amazing opportunity to provide hands on help. It is a rare intimate chance to help protect this endangered species. 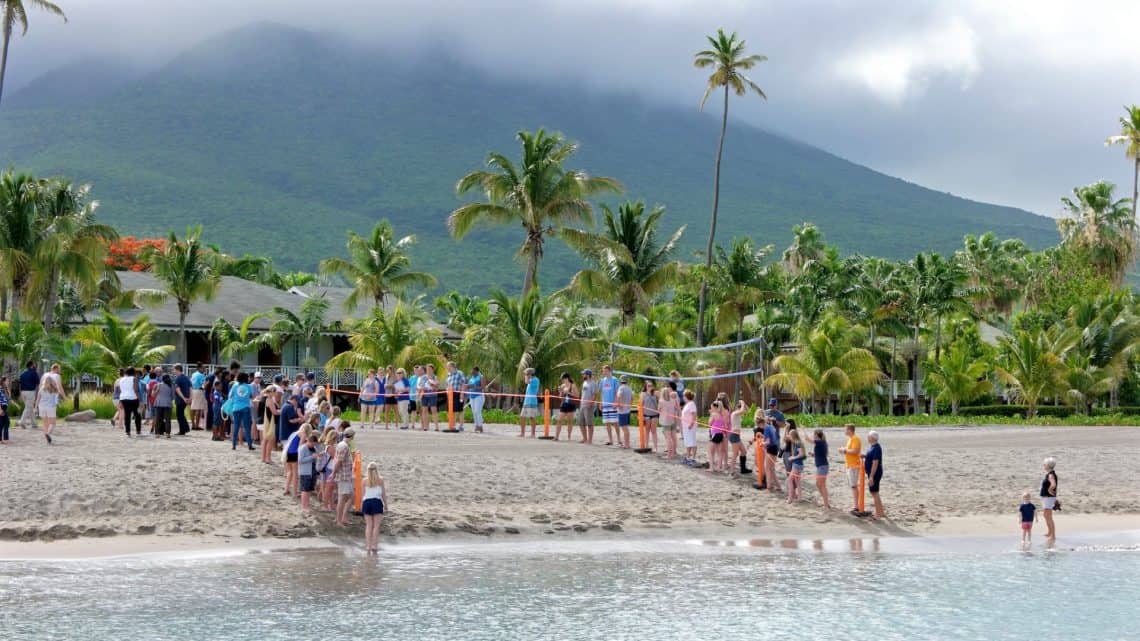 One special weekend in Nevis, every July, Four Seasons Resort Nevis guests can volunteer to help locate nesting turtles along local beaches during evening beach walks. Several beaches are chosen to be monitored and patience along with a hint of luck is required in hopes of finding a turtle who has decided to nest that evening. If they are lucky enough to find one, participating guests are rewarded for their patience with a live viewing of a mother sea turtle laying around 200 ping pong ball sized eggs in a carefully curated nest. Once the turtle has completed her nesting, the female turtle is safely taken back to the resort where it will have a transmitter put on and released back into the sea the next morning. A local resident passionate about sea turtles actually meticulously cleans the turtle’s shell and spends the night with the turtle. It’s a tender bond that often results in a poem to be read at it’s release!

At the morning release ceremony, guests are invited to see the turtle up close, outfitted with her new tracking device. After a brief presentation, the sea turtle is freed from her temporary enclosure and she eagerly makes her way back to the sea. As the turtles make their way around Nevis and sometimes even around the world, guests can keep track of their progress and feel good knowing they have helped increase the survival rate of these endangered species. 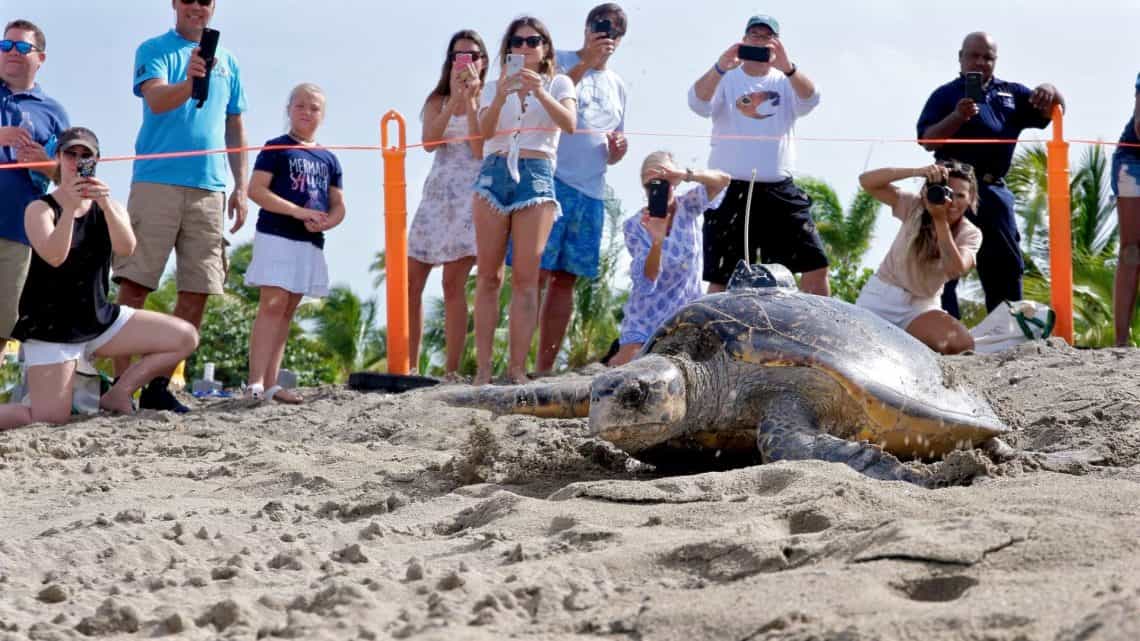 I especially loved that the children were provided with a special complimentary Sea Turtle Camp that educates in fun and engaging ways. From trivia, to crafts to STEM lessons, they are immersed in an eco-conscious program designed to inspire compassion and social responsibility.

If you can’t make it during the Sea Turtle Conservation Weekend itself, don’t fret. From July through October, Four Seasons Resort Nevis guests can also volunteer to help identify and mark sea turtles which helps the conservancy learn more about the migratory path these creatures take in efforts to help protect them.

My stay was hosted. Opinions are my own.