It’s hard to imagine that something unfinished, can be so beautiful, yet that’s the case with the Bermuda Unfinished Church in St. George. Frozen in time, this church has been left to the elements after numerous hurdles halted construction. The looming stone remnants remind one of emerging colonies of long ago with devoted parishioners huddled into pews illuminated only by candlelight. It provokes images of poets writing words of devotion in the cold stone houses of worship, gently gazing out of intricate stained glass windows. However, these visions and essence of this church has never existed. This worn rock monument built to house the god-fearing community was never a whole. 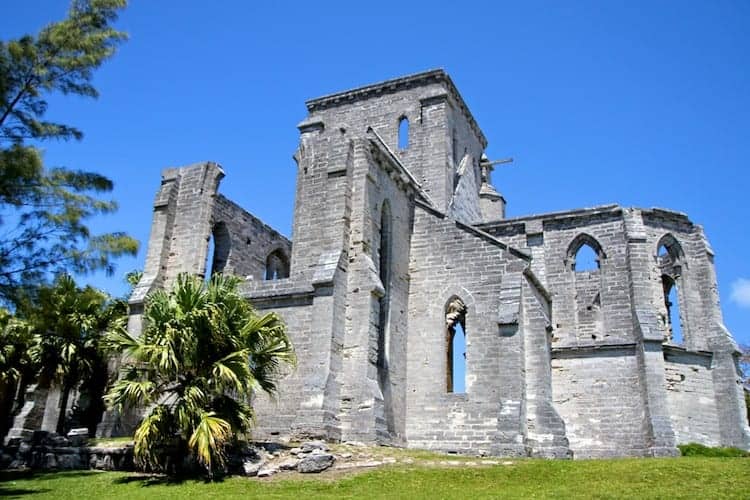 While it appears like ancient ruins, with no roof, and a floor of grass, it is a project that was never completed. In 1874, a storm that ravaged Bermuda damaged the original church known as St. Peters. The damages were beyond repair, and construction began on this new, massive stone church designed by Scottish Architect William Hey. The immense stone walls were inspired by the Gothic Revival architecture of the Mid 19th Century, and it was a complete contradiction to the wood post and palmetto leaves that had been used to build it’s predecessor. Disagreement within the Anglican community and financial struggles continually delayed progress. Many community members felt it was more important to restore St. Peters Church, since it had been built by the first settlers. The new church was eventually abandoned in conflict. The half-built stone structure sat idly until 1926, when a hurricane damaged much of it. Today, its remains still sit upon a hill in Bermuda. 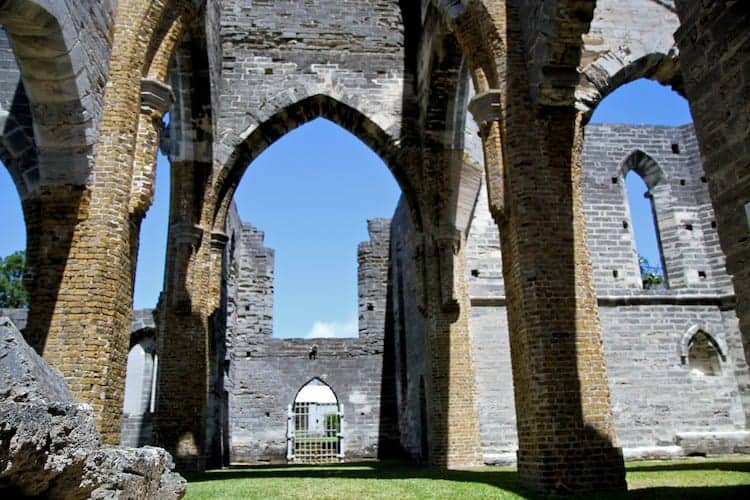 Despite the sad fact that this church never saw completion, if it had, the historic St. Peters Church would actually not exist. When this church was abandoned, efforts were refocused on the rebuilding of the original St. Peters Church. Today, St. Peters remains the oldest Anglican church outside the British Isles that is still in use. As one of the oldest churches in the western hemisphere, it is a living testament to the history of Bermuda. This history may have been lost had the stone church of St. George actually been finished. 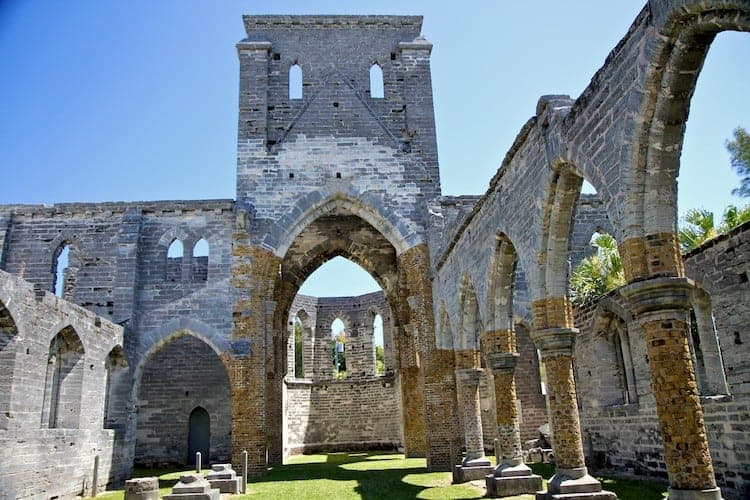 Today the unfinished Gothic structure, maintained by the Bermuda National Trust, is a popular site among photo snapping tourists and in 1992, the National Trust had the unfinished church declared a protected historical monument. Locals have often referred to the church as “the folly of St. George.” It was closed in 2010 due to concerns of structural issues, but in February of 2013 it re-opened to the public. While the church will never be seen as it was originally intended, there are many other completed structures throughout Bermuda, also designed by William Hey, that carry a similar Gothic style. Of the many, the Bermuda Cathedral in Hamilton beckons to the design of the unfinished church and gives tourists a glimpse of what could have been. 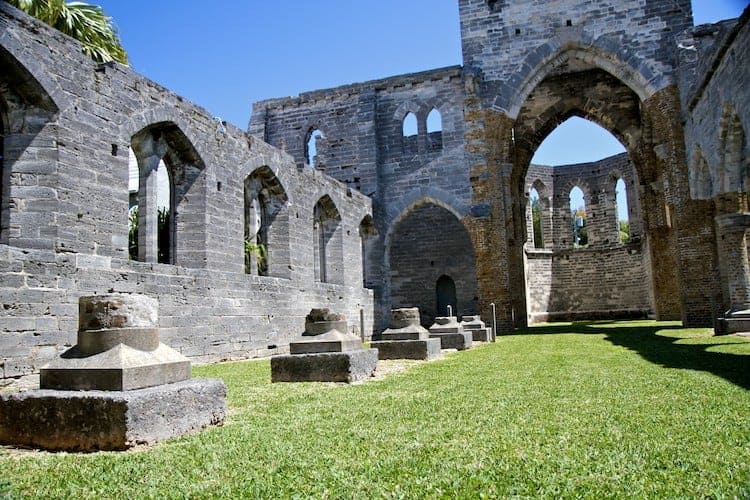 Something tells us that St. George’s unfinished church will not fade as did the intentions for its realization. Even though it was never completed, it is a representation of Bermuda. In a way, it is like a piece of art left behind by its ancestors. A canvas made of stone that characterizes that small space in time – as this one unfinished building captures the religion, architecture, politics, and people of 1874 Bermuda. 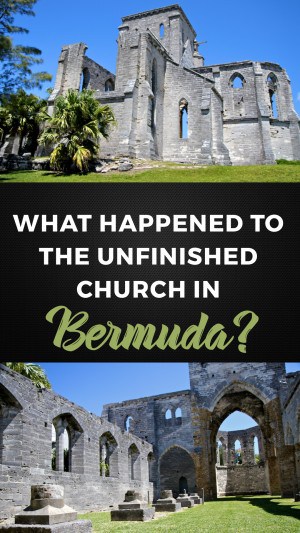