Channing Tatum’s latest movie, “Side Effects“, opens in theater this Friday. I should warn you watching movies with Tatum have their own side effects. Women have been known to drool, lose concentration, and spill sodas and popcorn while Tatum is on the big screen. Oh wait, that’s just me. However, you see a lot less of  2012 America’s Sexiest Man in Steven Soderbergh’s (“Traffic”, “Contagion”) psychological thriller. 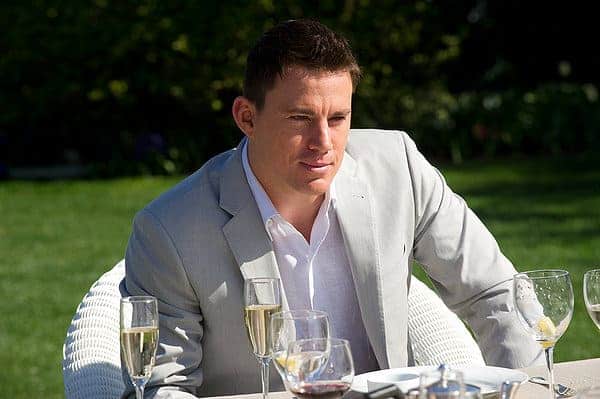 Let me first say this, I won’t go into much detail because the plot is full of twists, turns and misdirection, and I don’t want to spoil anything!

I recently read an interview where Director Sodenbergh was asked about the film, his response says it all.

“Here’s the problem, how do you sell a movie in which the best-case scenario for the audience is they know absolutely nothing? How do you convince people not to tell their readers anything? That’s the hard part.”

In the beginning, the Taylors, are a young couple in an upside down world, as Martin (Channing Tatum) is finishing a four year prison sentence for insider trading. Emily (Rooney Mara) his young wife is unstable as her world has gone from champagne and caviar to losing their upscale lifestyle and now working in a cubicle.

When Emily attempts suicide in her office parking garage, she’s treated by emergency-room psychiatrist, Dr. Jonathan Banks (Jude Law).  Banks and Emily make a deal, that he won’t have her committed, if she agrees to see him in his office on a regular basis for treatment. He begins a trial and error treatment plan going through SSRI’s like Zoloft, Prozac and eventually Ablexa, a new drug, with flashy ads. 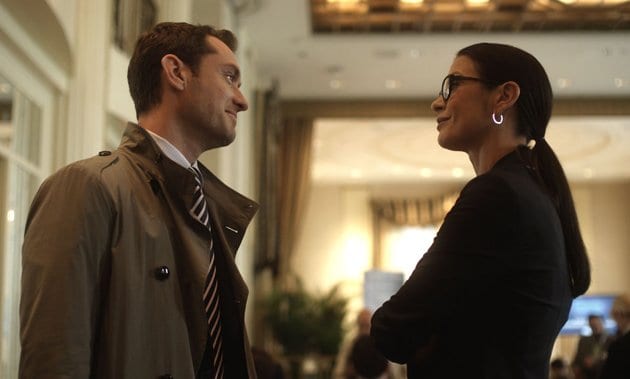 After Banks gives his wife Dierdre (Vinessa Shaw) a beta-blocker, to calm her nerves before a job interview, he justifies the drug by telling her “everyone’s taking them.” He goes on to say they don’t make you someone else, they make it “easier to be who you are.” A subtle or not so subtle reminder (from writer Scott Z. Burns), that as a society we’ve become almost immune to the danger of popping pills and self medicating.

Of course, we all know medication comes with side effects, most of them unpleasant, and eventually Banks treatment is called into question. “Side Effects” also stars Catherine Zeta Jones, as another psychiatrist that previously treated Emily and gives Dr. Banks a look into her psyche.

Overall Impression: An interesting, thought provoking thriller that is entertaining and enlightening. Its thrilling plot is on the same level as “Fatal Attraction” or “Basic Instinct”. Both Jude Law and Rooney Mara deliver powerful performances. My recommendation: don’t watch the previews, or read reviews that might contain spoilers, just go see it and enjoy the ride.

I attended an advance screening of the film, compliments of Open Road Films. No compensation was received and all opinions are mine.