The first time I ever touched an elephant, I was surprised by the coarse, bristly hairs that peppered its wrinkled gray skin. I stood in the shadow of the massive animal struck by the unsuspecting gracefulness. The long truck snatched up food and brought it to its mouth with ease. Its heavy feet stomped along the dusty ground as it lazed about, its ears unconsciously flapping away pestering flies. The solid tusks powerful and telling of the animals wild strength.

It was the first time I had truly considered elephants to be…well, beautiful. In their own right, they are magnificent creatures that showcase the wonder of wildlife. Ruled by a matriarch, herds follow as the wise leader delivers them to nourishment. This is the origin of the term “An elephant never forgets.” When water and food runs low, the matriarch remembers previous locations that provided necessities for survival. As a herd of elephants roam, they also provide crucial ecological development for the earth. They dig pools for water that other animals depend upon, and they carry seeds across miles of land contributing to new growth. Elephants are intelligent and emotional creatures that seek comfort in one another’s company. When a herd member dies, the elephants will remain by their side for hours and sometimes days as if mourning them. 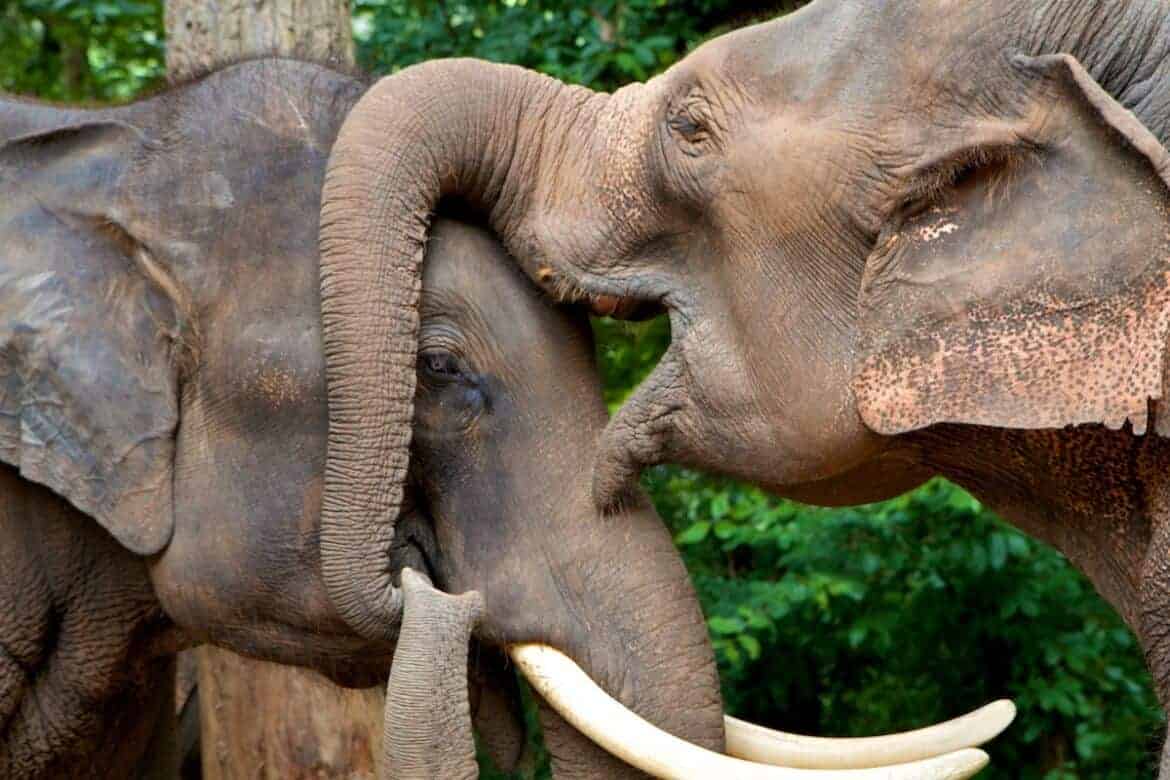 They are creatures that have walked this earth for millions of years, evolving as they have been weaved into the fabric of mother nature’s blanket, a blanket that connects each and every living thing and this world around us. Sadly, not everyone sees the sanctity of these animals’ lives, and the growing ivory consumption is fueling the deaths of these great animals at a rapid pace. It is a battle that affects all us whether we see it or not. A species is rapidly being depleted from a continent and with their deaths their environmental contribution is disappearing as well. The poaching of elephants and the ivory trade also helps fund many well known terrorists organizations. This is a problem that reaches far across the globe.

The Wildlife Conservation Society was started in 1895 in efforts to protect the lives of animals as well as the environment. Now, it has stepped up to save the lives of elephants. Nearly 96 elephants are killed every day in Africa. Slaughtered only for their tusks, these animals have become victims to the demanding consumerism fueled by people oblivious or just uncaring to the brutal slayings. The 96 Elephants campaign is working in a variety of avenues to stop these killings. Here are 5 ways you can help today…

Be a part of the solution and help save the elephants before it’s too late.

96 Elephants | Take A Stand from Wildlife Conservation Society on Vimeo.