Wearing its heart too obviously on its sleeve, the new family film Little Boy is a well-made, if overly earnest, faith-based fairy tale. Adults may appreciate the vivid, Norman Rockwell look of WWII-era California. Teens and the naturally cynical will find it overly sentimental, while small children are likely to be scared or confused by the subject matter of a father imprisoned in a POW camp, or by the internment of Japanese-Americans. A slam dunk it is not, but the treatment of the complex subject matter is fairly and artfully considered. On the strength of the acting alone it’s highly watchable, even though it falls well short of classic. 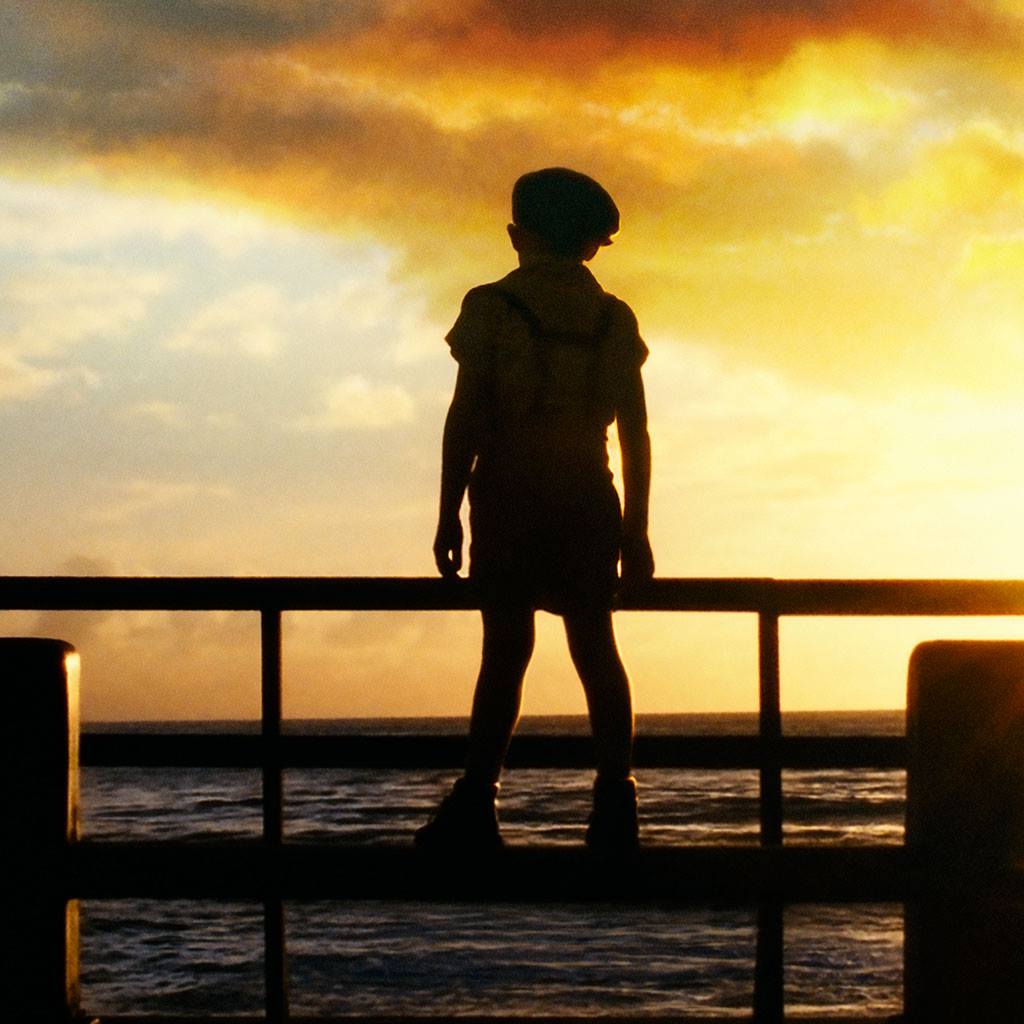 Pepper Busbee aka Little Boy is both little at seven years of age, and tiny in stature. The hazing he endures from the local bully causes him to seek refuge in the arms of his loving father, played by the perfectly cast Michael Rapaport. The two go on fantastical adventures, inspired by a comic book magician. These father-son bonding scenes are directed creatively by Alejandro Monteverde, and he imbues them with the visual flair for which his fellow Mexican directors have become famous. But as it often does, World War II intrudes. Pepper’s older brother London has flat feet, and so off Dad goes, off to the Pacific Theater, off to the relentless assaults of the enemy, where he quickly and conveniently becomes a prisoner of war.

Pepper realizes that his father is in jeopardy, and after listening to the Biblical sermon of the mustard seed of faith being able to move mountains, he determines that he will free his father. At this point the movie forks off into tangents that it can’t hope to sustain, but is fortunately rescued by three admirable feats of acting.

As the older priest, the always-excellent Tom Wilkinson pulls off a difficult role. His character must encourage Little Boy to exercise his faith, without creating false hope. He creates a near-impossible list of tasks the boy must accomplish. The most difficult of these involves befriending the resident Japanese-American (Cary-Hiroyuki Tagawa), bitter after his release from internment and resolved to accept even more discrimination from the neighbors.

The scenes of the town’s children heaping abuse upon the poor man are really not much different than watching a group of psychotic eight-year olds scream the “N” word on an antebellum Georgia plantation. While historically perhaps accurate, the effect is no less shocking.

Tagawa however saves the day with class and dignity as he sets off on the road to friendship and understanding with Little Boy. Emily Watson also shines as Pepper’s mother Emma. She instills believability into the proceedings just as the coincidences pile up to the ceiling and the plot threatens to go off the rails. And while child actors in huge roles are usually a mixed bag, the 10 year old Jakob Salvati fills the role of Little Boy seamlessly.

Kevin James puts in an appearance as the lonely and more than slightly creepy local doctor who tries, painfully, to court Emma while she is still very much not yet widowed. Perhaps. It’s a bizarre and somewhat fascinating train wreck of an idea that nevertheless belongs in a completely different movie.

[infobox]Greg Freitas has written about the movies for Movieline, Hollywood Life, Hollywood.com, and more. He owns Traveler’s Bookcase in Los Angeles with his wife Natalie Compagno.[/infobox]