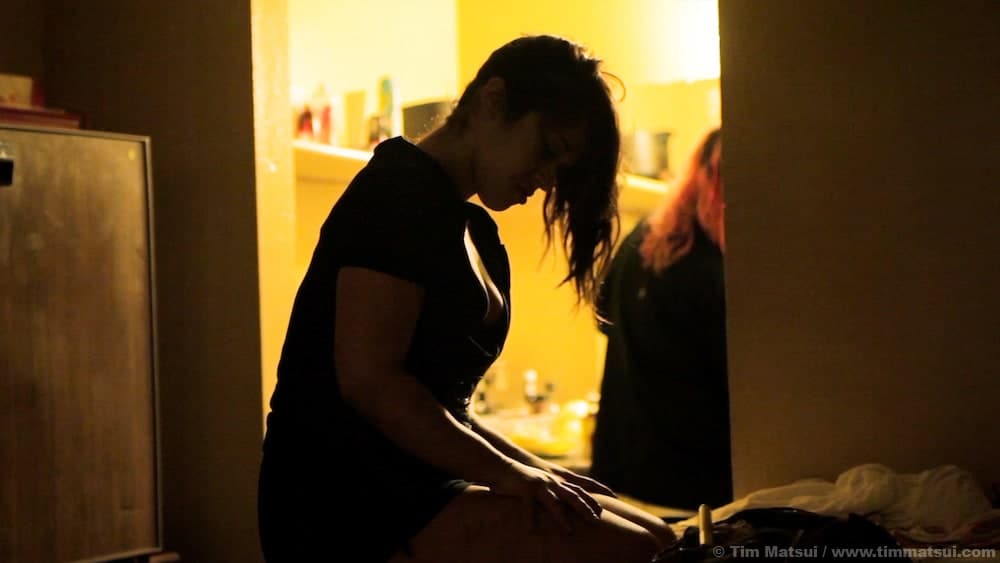 Is there anything you wouldn’t do to protect your child? I want you to think about that for a moment… Now, what if your child was missing or in imminent danger? What if they were being held against their will? Or forced into a life of misery or abuse? There probably isn’t much you wouldn’t sacrifice to have them safe in your arms once again.

In the documentary, The Long Night, director Tim Matsui captures the story of a father desperate to save his runaway daughter from a life of prostitution in Seattle. As the father and daughter chronicle their heartbreaking tale, Matsui provides the parallel story of another young woman caught in the world of sex trafficking; only she has no family trying to save her. While Matsui displays the hopelessness of these young women, he sheds a small ray of light on a Seattle law enforcement agent that decides to help these women instead of admitting them to a repeated cycle of abuse, captivity, and a lack of options.

Many of us hear about prostitution and assume that those women have chosen that lifestyle and can leave on their own freewill. This naïve assumption is only perpetuating a growing problem, and it shows how unaware we are of what is happening in our own backyard.

[infobox]According to the U.S. Department of Health and Human Services, they estimate that 300,000 runaways become involved in prostitution. Many are running away from homes of physical and sexual abuse.[/infobox]

In The Long Night, a young woman called Natalie, confesses to her adolescent notion of running away in hopes of adventure. At the age of fifteen, Natalie left her loving family and hopped on a bus to Seattle. 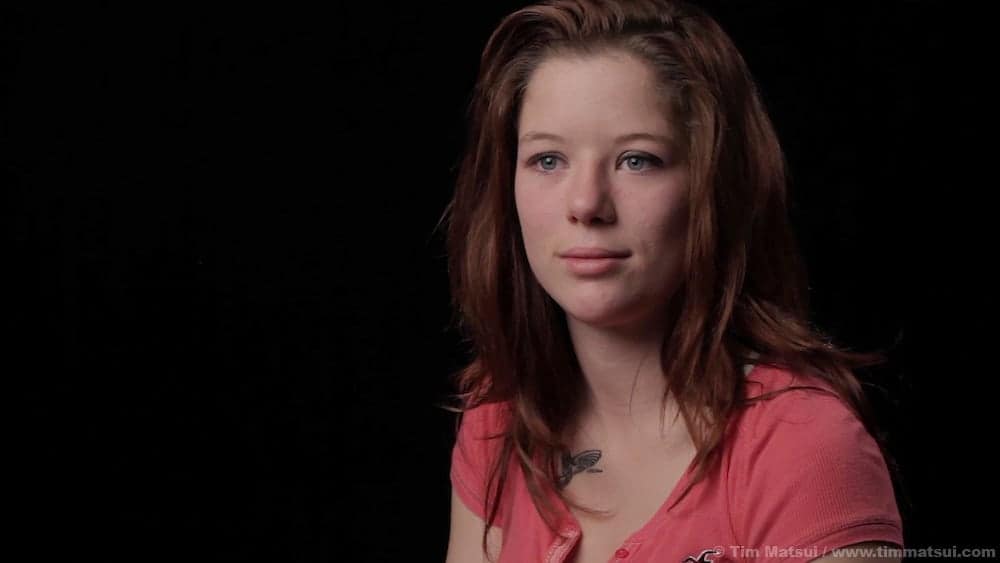 In the city, Natalie found a homeless shelter where she met another girl much like herself, and the two decided to go to California. Natalie’s new friend introduced her into the world of prostitution so they could make enough money to travel to California. Within twenty four hours of leaving home, Natalie found herself committing unspeakable acts for money. She only lasted a few days before she went home with a heavy heart and an overwhelming feeling of worthlessness. At home, she tried to go back to her old life, but she was ostracized and unable to talk about what had happened without being judged. Caught between her shame and feeling like she was discarded, Natalie left again. She was quickly swept away by an older man that once again pulled her into a life of abuse, prostitution, and captivity.

[infobox]A study from the National Institute of Justice found that trafficking victims generally do not seek help because of fear of retaliation and/or they believe they are in love with their captors.[/infobox]

While Natalie lost herself in the world of sex trafficking, her father tried to find her. He searched ads online for girls, trying to find a lead that would help him save his child. He trailed pimps and went down every dark alley. At one point, he confesses that he would have killed to get his daughter back. Hearing about what happens to these young women, it is to sympathize with this father’s willingness to do anything to save his little girl.

[infobox]The U.S. Department of State estimates that $4 billion is generated annually by the worldwide brothel industry.[/infobox] 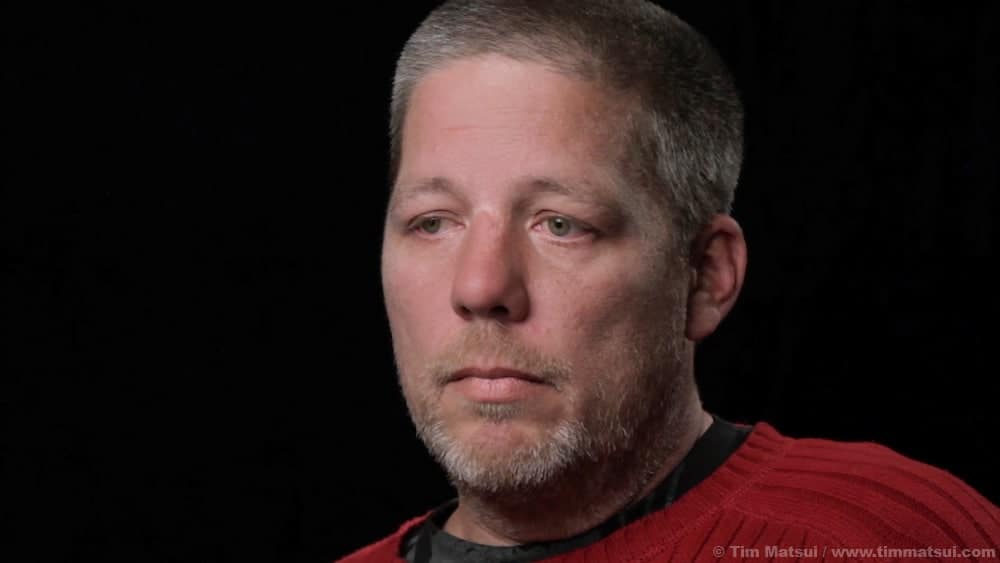 In the documentary, another young girl invites the camera into her life. In one of the first scenes, the crew films as she shoots heroin into her neck in a McDonald’s bathroom. The veins in her arms are destroyed and covered with scar tissue from years of drug abuse. Tearfully, she tells the camera that she does heroin because it helps her forget. She can’t stand the reality of who she is and what she has done so she does heroin to cope.

[infobox]The U.S. Department of State reports that female sex trafficking victims are at a higher risk of STDs, tuberculosis, and permanent damage to their reproductive system. 68% of victims reportedly met the clinical criteria for post-traumatic stress disorder.[/infobox]

The documentary exposes the other end of the spectrum and interviews a local law enforcement agent that made a dramatic change in the world of trafficking in Seattle. In the midst of the Pacific Highway where prostitution is notorious, Officer Andy Conner spent years patrolling the area and arresting young women on the street. Eventually, he found himself unsure of how he should handle what seemed to be a growing problem. It was his job to enforce the law, but as he arrested the same girls over and over, only to be released, he wondered what he could do to solve the issue. After arresting the same two girls numerous times in one week, he finally stopped and asked them “Why do I have to keep arresting you? Why are you still out here?”

One girl was only 17 years old and had been working on the streets for years. As if it were obvious, she told him “I don’t want to be here.” The young woman told Officer Conner that in fifth grade, her drug dealing father took her out of school and began selling her to his customers. After a few years, her father went to jail for possession, and she was left at the mercy of pimps. With no support, no education, no family, it was the only life she knew.  Then, she asked the officer something that he never imagined he would hear, she said, “Will you help me get out of this life?” The question stopped him cold. Never had it occurred to him that these women couldn’t leave these lives. Officer Conner realized that his job was not only to enforce the law but also to help people.

[infobox]Studies performed by the National institute of Justice found that trafficking is associated with organized crime which causes critical security risks for anyone that provides shelter for the victims.[/infobox]

After weeks of searching for services or shelters that could help these girls, he found that none existed. There were no resources, no shelters, and no one that these girls could turn to.

Officer Conner took it upon himself to help these women, and the Genesis Project was born. It is a shelter where women can go to find housing, food, options for education, resources for rehab, and above all a new life. It is designed to bring in the victims of sex trafficking and help them break the cycle of abuse, addiction, prostitution, and a life that is hopeless. While this project has provided help to many, it is only one shelter, in one city, in one state. Sex trafficking is happening all over the U.S.

We need awareness in order to tackle this problem. First we need to understand that this is not a third world problem. This is happening in our backyard to our friends and family. Our daughters, nieces, sisters, friends…are all susceptible to this danger. We are not immune because we live in a wealthy country. Even girls and women from loving homes are not safe from this threat. Most importantly, we cannot ostracize these victims and assume that it is a life they have chosen. Many of these women are brainwashed and slowly pulled into this lifestyle, and when they realize what has happened, they are much too deep to escape. They feel trapped, hopeless, and worthless.

Help raise awareness. Help save a woman’s life. Help protect the girls of the future.

How Can You Help?

Surf and Sunshine is a proud member of the Global Team of Social Good Moms.

22 thoughts on “Sex Trafficking in the US: How, Where and Why?”