It’s time to start thinking about Halloween! With kids growing so fast, we’ve found some of the best ways to handle Halloween costumes is by making them at home. Check out these adorable DIY Peter Pan Costumes – kids can be Peter, Tinker Bell or even one of the Lost Boys! 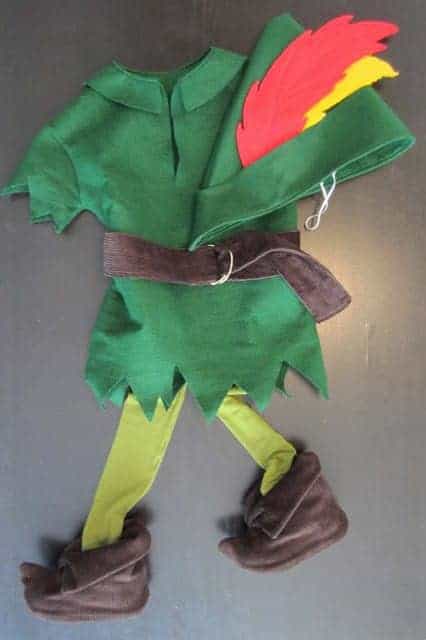 This Peter Pan costume created by Staying Steyn is simple adorable. She used some really simple sewing techniques and had the ingenius idea of tracing along her child’s shirt to get the sizing just right. 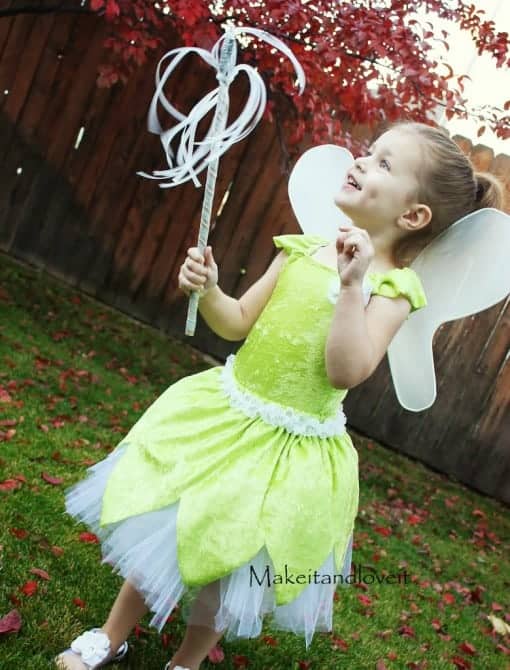 Make It and Love It has some great sewing tips but this Tinker Bell costume is amazing. Everything, right down to the fairy wings is DIY.

The Lost Boys are some of my favorite characters in Peter Pan. They’re constantly up to nearly harmless mischief.

The only Lost Boy without a speaking voice; to compensate for this, he uses a large pad of paper to communicate (though this isn’t revealed until Return to Neverland). Tootles is the youngest of the Lost Boys and seems to be the most cunning of the group. Tootles wears a skunk costume. In the book series it is revealed that Tootles’s real name is Pentiss. His surname is never revealed.

Slightly is the second in command of the Lost Boys. He wears a fox costume and is shown to be the oldest member (and the tallest) of the Lost Boys. In the book series it is revealed that Slightly’s real name is James. His surname is never revealed.

Where is that sneaky Captain Hook hiding? We’d love to see your favorite DIY Captain Costume photos and links. Please share below!