Ahh, Han Solo. Our favorite smuggler and notorious troublemaker. With a penchant for getting himself into tough jams and a finesse for talking his way out of them, we watched Han traverse the galaxy with trusty sidekick, befriend and mentor Luke, fall in love with Leia, and then rip our hearts out as he was frozen in Carbonite. Yet of all the adventures we tagged along, little is known of our favorite scoundrel and Captain of the Millennium falcon. Born on Corellia, he was orphaned at an early age and taken by the pirate Garris Shrike to serve on his crew. This lead him to a life of smuggling first good and then humans before taking up the cause of galactic freedom in a fight against the Empire. 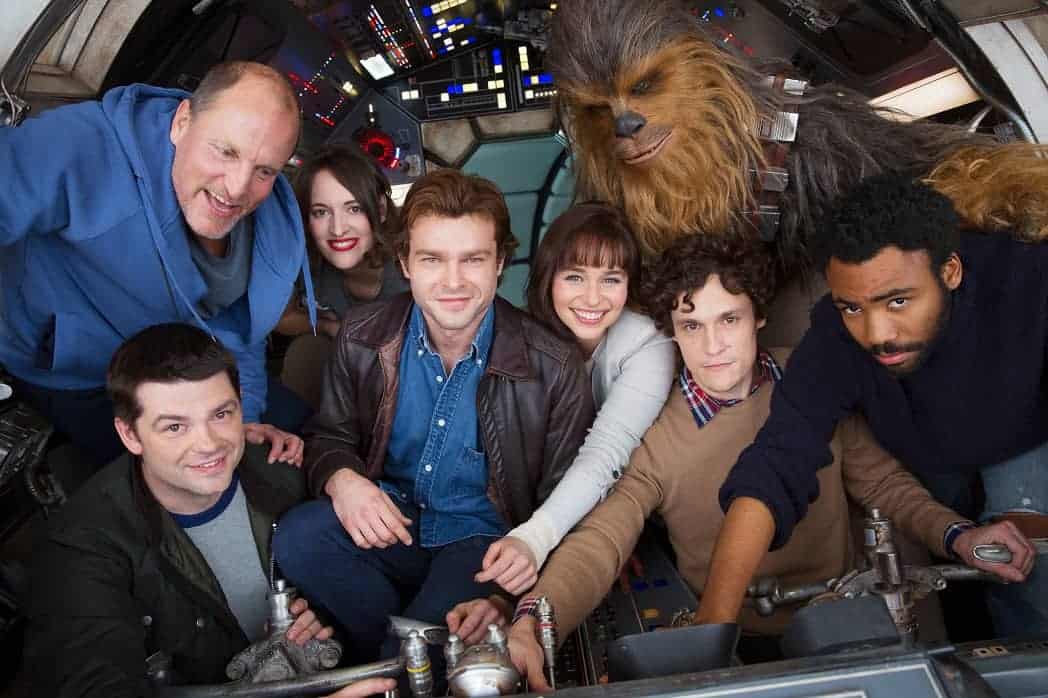 With the return of the franchise and the premiere of The Force Awakens, it was our hope that more would be revealed of Han’s story. Instead, we watched as he was betrayed by his kin. To some, it may have appeared to be the end of Han Solo, but the force had other plans.

The new movie will give us a peek into the duo’s adventures before the events of Star Wars: A New Hope, including their early encounters with that other card-playing rogue from a galaxy far, far away, Lando Calrissian.

Co-directers Phil Lord and Christopher Miller, had this to say about the upcoming film:

“Watching such inspired people from all over the world, with such unique voices, come together for the sole purpose of making art, is nothing short of miraculous,” Lord and Miller said. “We can’t think of anything funny to say, because we just feel really moved, and really lucky.”

In honor of the untitled Han Solo Star Wars Story, slated for release on May 25, 2018, we wanted to revisit and share some of our favorite one-liners from Han Solo.