There’s no better way to kick off Spring Break in Southern California than with a trip to Six Flags Magic Mountain. As an added bonus, Kia Motors America had partnered with the park to host Kia’s Ride and Drive Experience. I’ve been in the market for a new car for quite some time now. In fact, I’ve been driving the same one since I was a Junior in High School! It’s served me well and taken all over the west coast of the United States — from Northern California to Las Vegas to countless drives up and down the 5 freeway — my car has been everywhere, but its definitely on its last legs…er…tires. So I was especially looking forward to opportunity to check out Kia’s collection of cars. To join me on this excursion were two perfect companions: my brother Kory, who had never been to Six Flags, and my cousin Gordon, who is a car maven (among other things).

Upon arriving to the park there were plenty of signs pointing us to the Kia pavilion located just outside the park’s entrance gates. While everyone else was waiting for the park gates to open, the three of us got our day of thrill rides started by checking out the newest lineup of Kia cars. Everyone at the Kia pavilion were great! They were super knowledgeable about the cars and were able to thoroughly answer all of our questions. While our phones charged in the Kia lounge, we walked the entire line of cars. Since there were three of us, we figured each of us would test drive a different car. 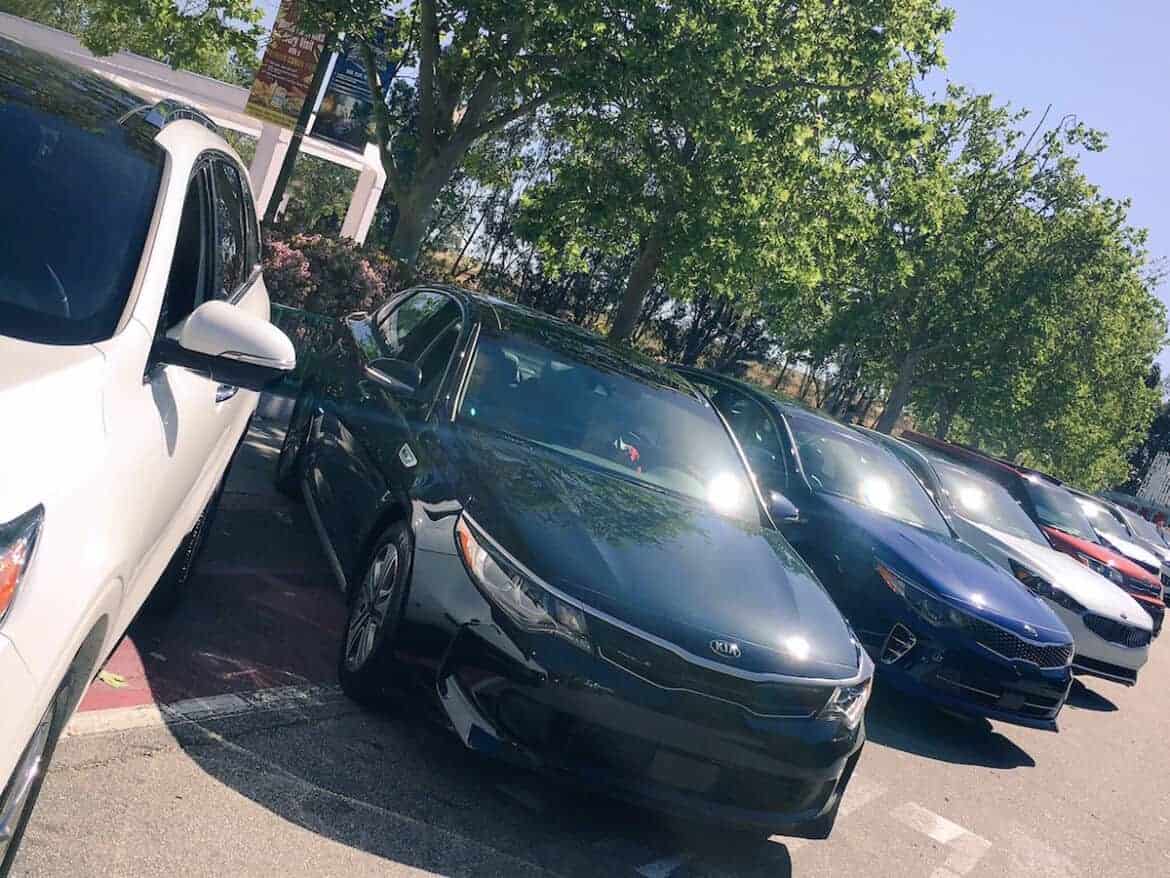 First up, Kory selected the Kia Sportage, a luxurious compact CUV. With a perfect white paint job, the Sportage looked as great on the outside as it felt on the inside. A wonderfully smooth ride matched with ultimate comfort. The designated test drive roads let us really test the power that was nothing short of exciting. As we pulled back into the lot, we all had a nice surprise when the back-up camera automatically activated as Kory was reversing into a parking spot.

I was next to test drive and I chose the Kia Soul. I’ve always been a big believer that your car tends to be an extension of your personality. To be frank, I haven’t really felt all that connected to my current ride, aside from my ability to parallel-park it like a champ. So when looking for a new car, style and appearance are always at the top of my list. Sleek and sophisticated with just a touch of whimsy, is what attracted me to the Soul. I love that it also comes in a variety of fun colors. This particular vehicle had a eye-catching wild metallic orange paint, definitely like something out of the future. Driving the car, I really liked how I sat higher on the road than in a sedan but I didn’t feel like I was in a massive SUV. It whipped around corners with ease and amongst a bunch of great features, my favorite was the panoramic sun roof. 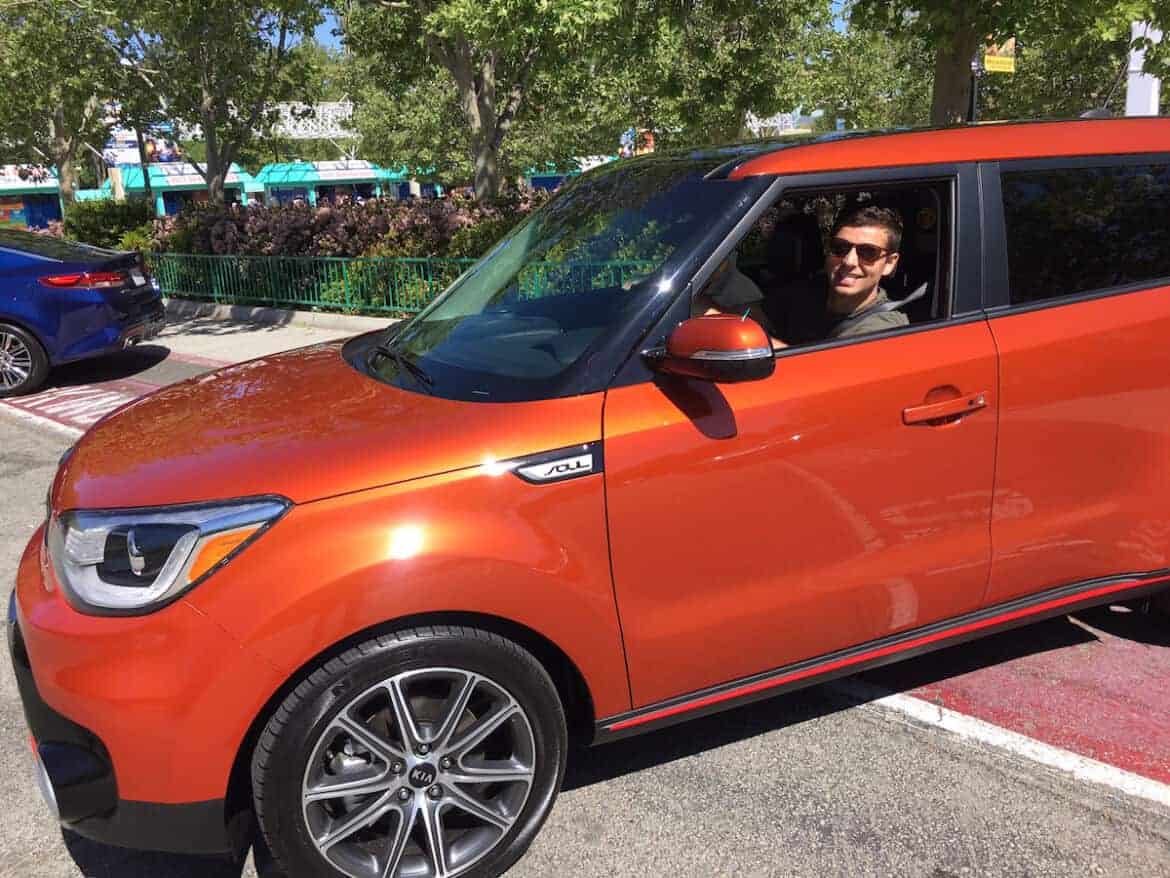 Last to take a test drive was Gordon. If there is anyone who takes the word “test” literally, it would be Gordon. From checking the mirrors, the stereo system, turning capabilities, and pick-up, Gordon put the Kia Optima through it all. An exhilarating ride from start to finish, he certainly got my adrenaline pumping. 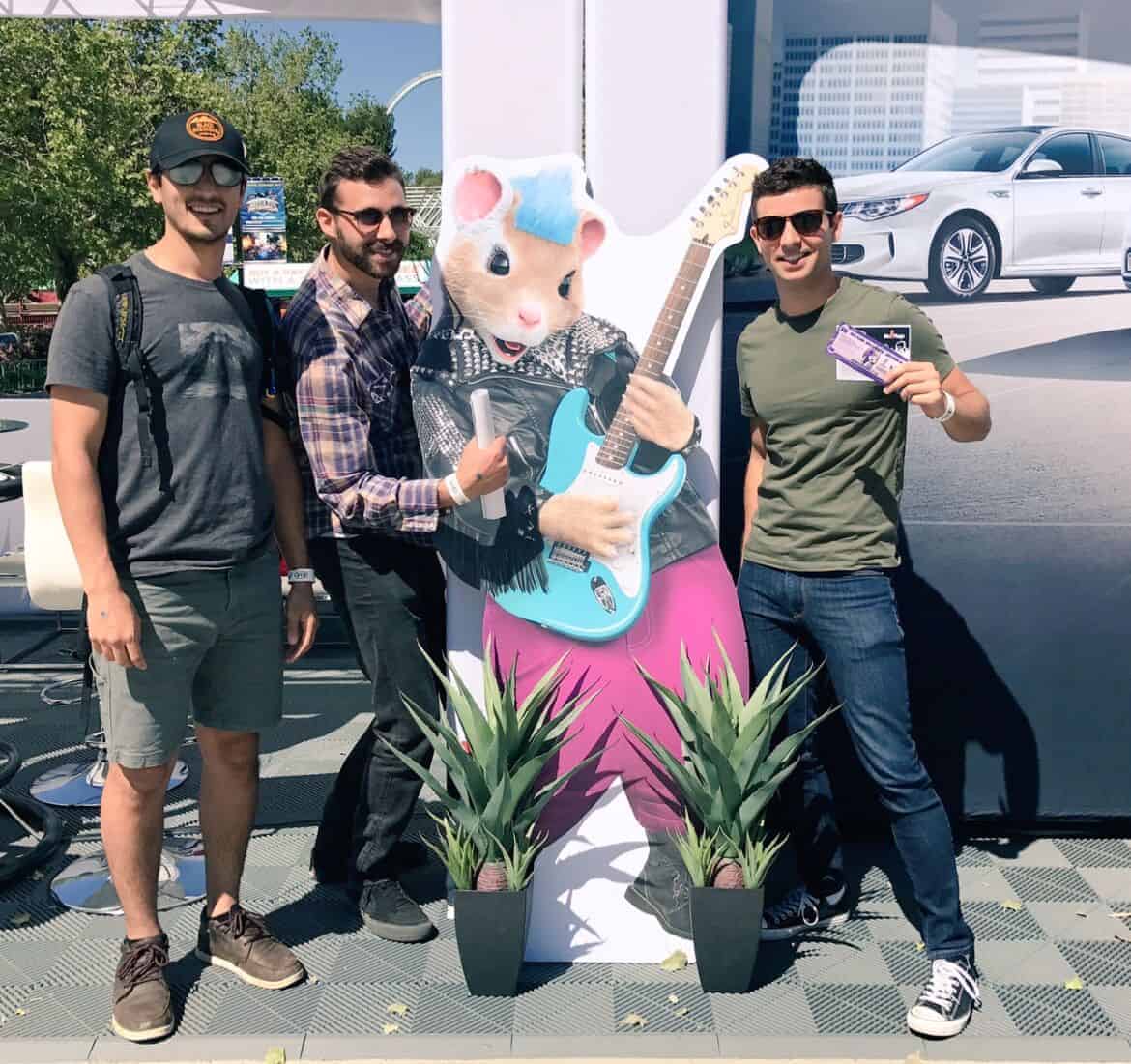 It was great to be able to drive three different Kia vehicles. We got to see the full range of what their vehicles have to offer. As a final farewell and thank you, we got a pick with Roxy the electric guitar playing hamster and were each given a front-of-the-line pass to use inside the park as well as $10 worth of Bugs Bunny Bucks to use at any food vendor. All three of us were eager to get in the park and keep our hearts racing at the thrill capital of the world, Six Flags.

There are still more fun Kia Ride and Drive Events coming up at select Six Flags locations. Visit one near you!

This is a partnered post. All opinions remain my own.