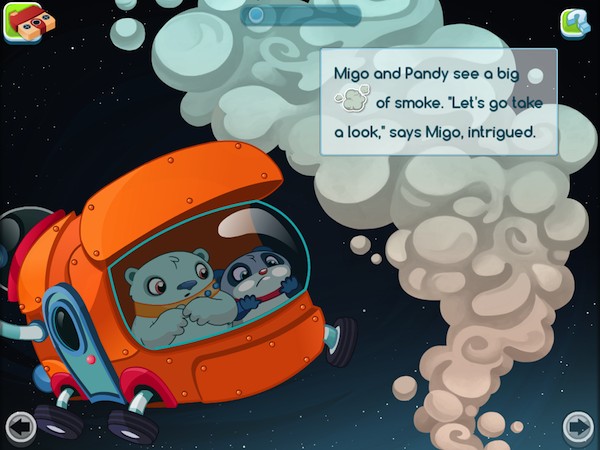 The staff here at Surf and Sunshine are raising a new generation of Techies. By now I’m sure you know our stance on technology and children, some of our favorite products like the VTech InnoTab and of course the beloved iPad.  so I’m not going to reiterate the hundreds of reasons why we embrace toddlers and technology. Instead, I want to introduce you to four new apps that have become hot buttons on our iPad. They’re all from the company CosmoCamp and all four apps are centrally themed around learning and imagination.

In July of this year I actually had the opportunity to speak with the founder of CosmoCamp. Like the SAS family, he was a parent who saw the value in technology for children. But like many of us, he was really frustrated by the limited number of apps out there that a) actually offered educational content and b) offered it in a way that our young children could fully utilize. Like most of you he was sick of apps that didn’t do what they promised, or once downloaded constantly bombarded our young kids with advertisements that they had absolutely no idea what to do with. So with a brilliant team of like minded folks, they set out to create CosmoCamp Apps for kids between the age of 2-5.

The premise of the Apps is that the team of loveable characters who travel to different worlds to help out their friends. There are currently 3 interactive story books: CosmoRide – The IncredRide, CosmoPicnic – Picnic Problems, and CosmoCake – The Sweet Adventure. As well as the CosmoCamp Coloring Book and CosmoMemo – a matching game. 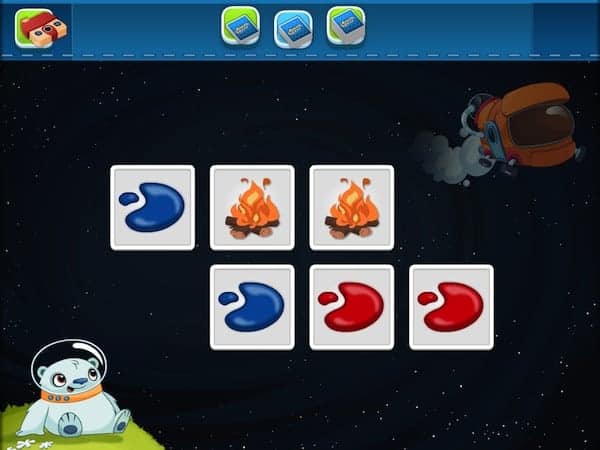 What we really found unique is that the apps are divided by age. If you’ve been around toddler age children you probably realize what a giant difference a year or even six months can make. Especially when you’re comparing children who are in school to those who are not. Which is why I really appreciate the age divisions. There is the “toddler” section for kids age 2-3 and “preschooler” for children age 4-5. Regardless of the app, these two sections are offered and feature different content. For instance in Toddler mode kids will see a shorter store, picto-words to introduce new words and a “Read to Me” mode.  In the Preschooler mode the story is longer, with more vocabulary. There is an addition of the “Read Along Mode” and the ability to record your own voice for every character. 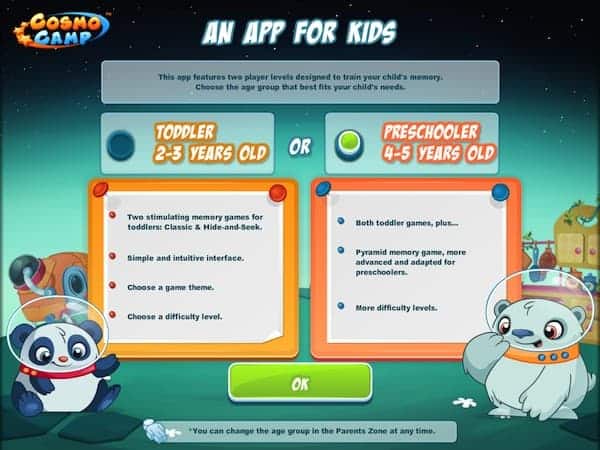 Despite being set up as a “book” the apps are still highly interactive. They remind me of a pop up picture books. Different parts of the “page” respond to touch and perform an action. Maddilyn loves to discover every moveable part before heading to the next page. 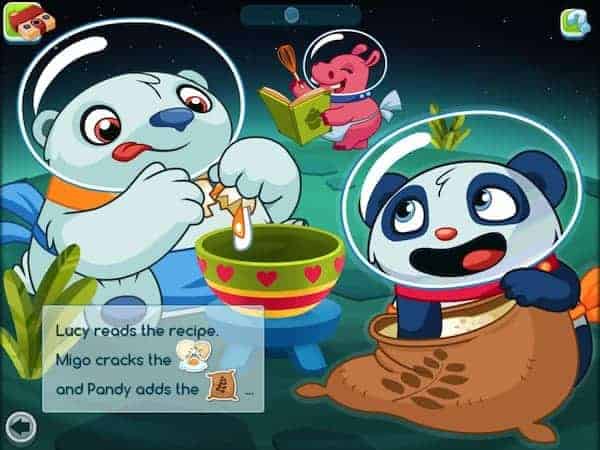 There are also times where a story can not progress unless some sort of interaction is performed. For instance, in this particular part of the CosmoCake story, we could not progress until we ‘decorated’ the cupcake by coloring it in. 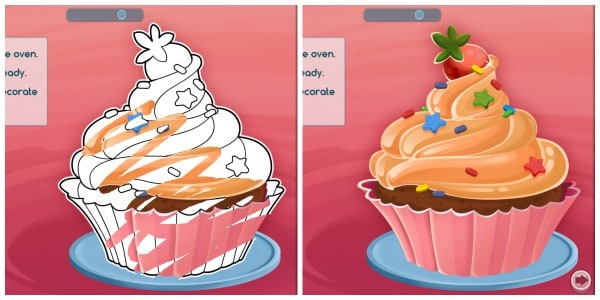 What I like most about these apps is that they’re simply fun. They remind me a lot of a preschool curriculum in that they are not “in your face” educational. There is no addition, subtraction, or the word ‘red’ flashing a million times. My toddler sits down to play for about 15 minutes at time – sometimes with me, sometime without – and during that 15 minutes she is simply having fun with a story book. But while she is having fun she is learning!

Those my friends, are the best apps. You can pick up all  5 of the CosmoCamp Apps in the App Store for $1.99 (except the CosmoCamp Coloring Book, which is FREE!)

2 thoughts on “Learning Apps for Toddlers That Actually Teach”