Have you ever experienced a natural disaster? Even just preparing for a potential threat is unnerving. The fear, the waiting, trying to anticipate the progress of an event completely out of your control. It makes us remember how small we truly are on this planet. Many of us prefer to not even think about the possibility of catastrophe, but for the people living in Pompeii in 79 A.D., it was a tragic reality.

Once a city bustling with a large population and a lively trading port, this world sat in the shadow of Mt Vesuvius forever doomed to be buried by a furious volcanic eruption. An estimated 2,000 perished during the disaster, and Pompeii was frozen in its moment of destruction. A completely forgotten city for over 1800 years, it was not until 1748 when archaeologists began exploring the area would they stumble upon its remains. As they began to uncover the city’s demise, they discovered artifacts that provided an intimate look at early Roman life. 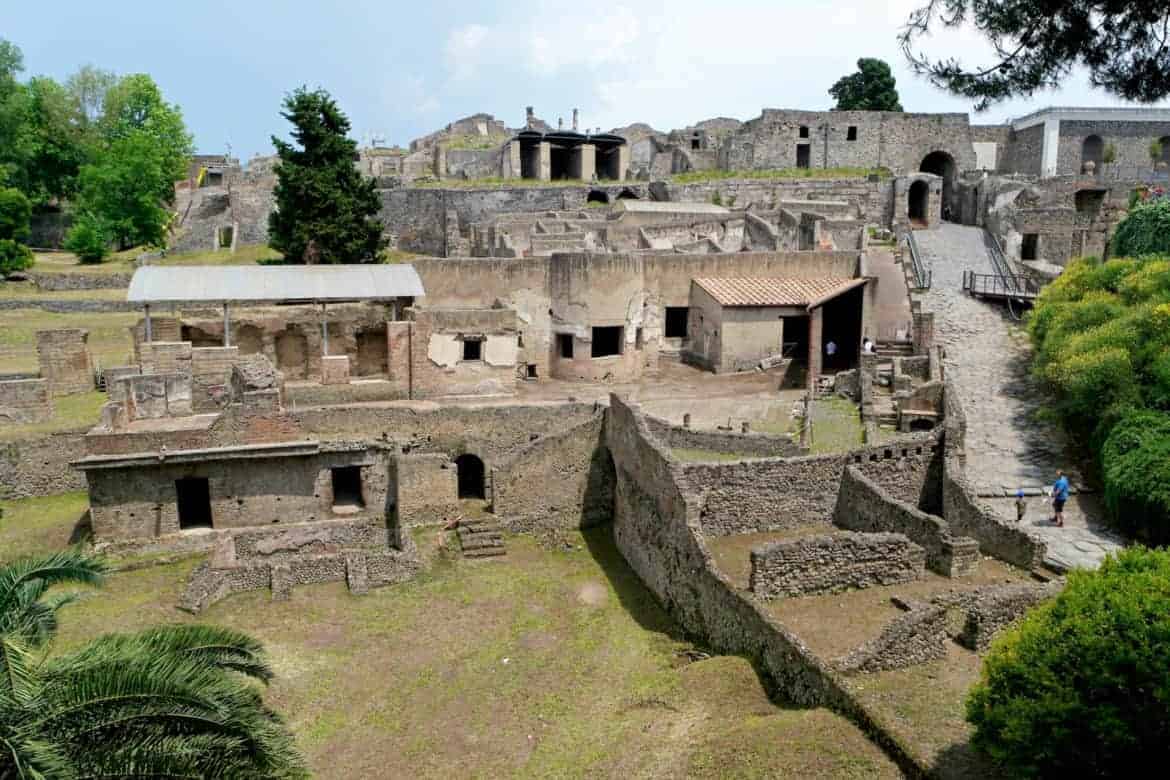 Mt. Vesuvius looms near the Bay of Naples in southern Italy with the city of Pompeii just five short miles away. The mountain has a long history with over 50 eruptions, and even today it remains one of the most dangerous, active volcanoes. Seventeen years before the events that destroyed Pompeii, Mt Vesuvius began to awaken. The rumblings caused an earthquake that wreaked havoc on Pompeii and nearby cities, killing many in its wake. When Mt Vesuvius erupted in 79 A.D. Pompeii was till trying to repair the damages from the earthquake. It had been an ominous warning of what was to come.

The area was originally settled by the Greeks and civilization thrived with the rich volcanic soil as well as a convenient proximity to the Sarno River. When the Romans infiltrated, the city continued to grow creating a thriving metropolis complete with bakeries, shops, housing, and hundreds of farms. The beauty of the Bay of Naples turned Pompeii into mainly a vacation location for the wealthy and distinguished Roman citizens. With elaborate baths, villas, and delectable foods, it was a place of luxury, an oasis that would be buried by the very Earth that had allowed the city to flourish. 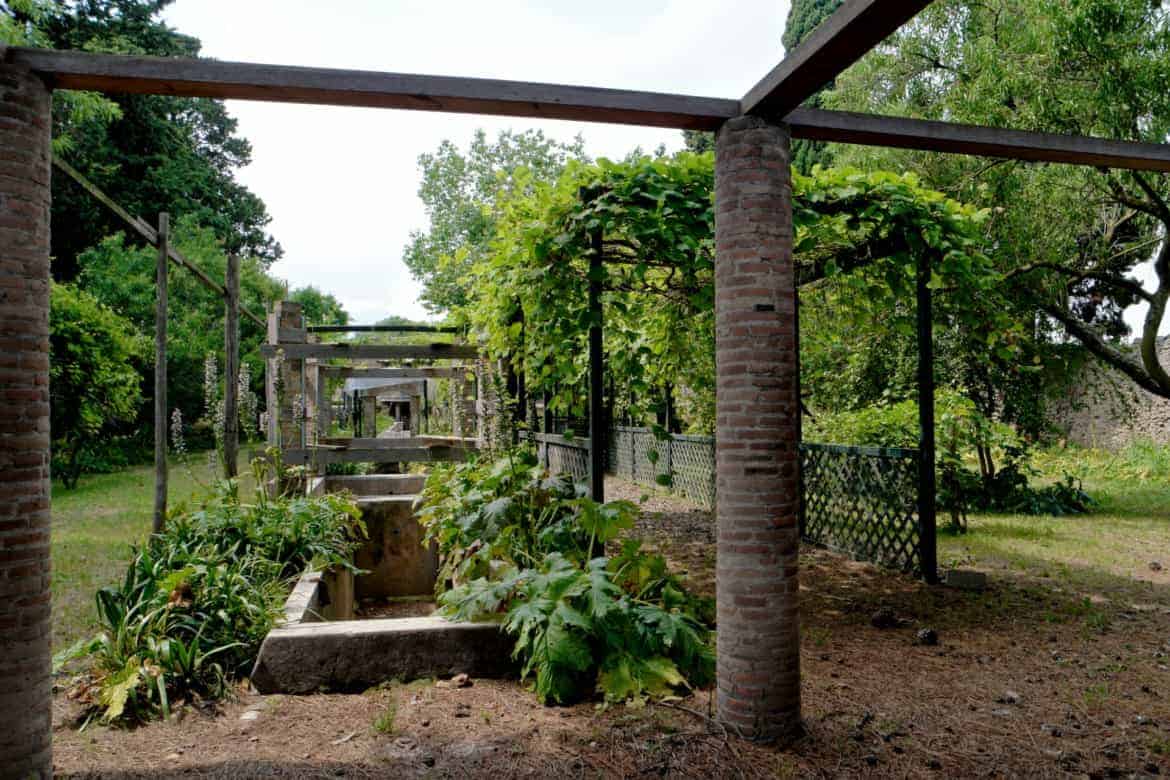 A day before the events that destroyed Pompeii, Mt Vesuvius began to stir. Many took the activity as a foreshadowing of trouble and fled to other cities; however, others stayed behind. Slowly, the volcano began to rage and emit urgent warning signs. Across the bay, a Roman Senator known as Pliny the Younger watched the horrifying details and wrote a detailed account. His piercing words attempted to define the unspeakable kind of fear felt by all those near the volcano. He described the black, deathly clouds that rose from the growling volcano and the hail of ash that turned to rock. Pliny feared the end of the world was near. His account of the eruption is the only surviving eyewitness account, and it has helped historians piece together a timeline. It is also the origin of the term “Plinian Eruption” which is used to describe volcanic eruptions similar to the one that destroyed Pompeii.

For those that remained in the city, volcanic ash began to rain down burying everything in feet of thick chalky dust and making the air unbreathable. Poisonous gas wafted from the volcano adding to the devastation. The couple thousand that had remained in the city, died in the early stages of the devastation brought on by Mt Vesuvius, but it wasn’t until late into the evening that the volcano erupted and finally covered the once prosperous city, sealing its grave for centuries.

In the eighteenth century, the area faced a drought and peasants began digging looking for water but all they kept finding were statues. The King at the time fell in love with the statues and tried to keep it a secret and purchased the land for almost nothing. Later when archeologists visited the area looking for general artifacts, they were astonished to find that the legends of the “Lost City”, were in fact true. The excavation has revealed thousands of buildings filled with items that define the time period, and a population of over 20,000 inhabitants in and around the city at the time of the eruption.

So of course when I had the opportunity to visit this lost city as an optional part of my Espresso Italia tour with Topdeck Travel, I didn’t hesitate to sign up. It’s incredibly difficult to accurately describe what I saw and the emotions that arose while walking through Pompeii. As the best preserved archaeological site in the world, it is also unique in that you life was completely frozen, not built upon or taken away like other places that have withstood the comings and goings of other cultures or people. Everything you see, touch, walk on – it is all as it was almost 2,000 years ago.

And while you first get transported back into time when making the climb up the cobblestone street through the main gates, the emotions really hit you when you stand in the piazza and realize the awesome size of the city. Not just a couple blocks of street with a spattering of buildings here and there, the city of Pompeii covers 170 acres. I was simply not prepared for this. Since the economy back then was based on agriculture, not technology, Pompeii was a thriving community that was incredibly wealthy due to having the most fertile soil in the Mediterranean. The homes of some of the wealthiest inhabitants were up to 54,000 square feet, with 2-3 stories, indoor fountains and lush gardens!

Everything you can think of a modern day town having, so did Pompeii – spa, gymnasium, hotels, restaurants, fast food, bakeries, barbers, general shops, wine bars, casinos, temples, municipal buildings and even brothels. In fact, many of the frescos that have remained intact depict a menu of sorts, to choose from, which actually made good business sense since this was a resort town with many foreign visitors that more than likely did not speak the language. Streets are smartly designed to avoid malaria and shop keepers had sliding doors to welcome visitors. 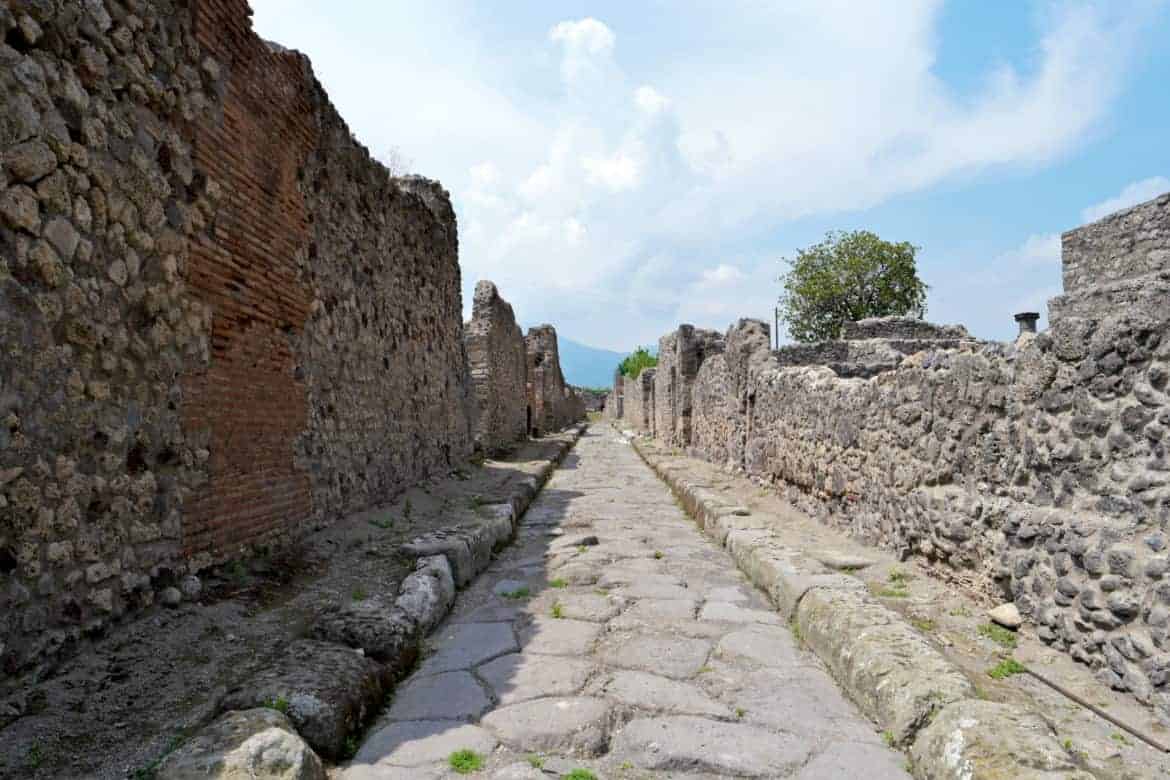 The discovery of Pompeii has given us a glimpse into Roman life and the world that once existed in the shadow of Mt. Vesuvius. Much of the city was perfectly preserved leaving behind ordinary materials used for every day living. There are also mosaics and graffiti that tell of life in Pompeii and even reveal details about specific citizens. The bodies of the deceased are entombed as they suffered their final moments, clutching their loved ones. It is an eerie, yet fascinating discovery that connects our sense of humanity with those that lived centuries before us. With 1/3 of Pompeii still buried under up to 70 feet of ash, there is still so much to discover and learn from the lost city that stands frozen in time.

Thank you to Topdeck Travel for having me as a guest on the Espresso Italia Tour. All opinions remain my own.

17 thoughts on “Exploring the Lost City of Pompeii”