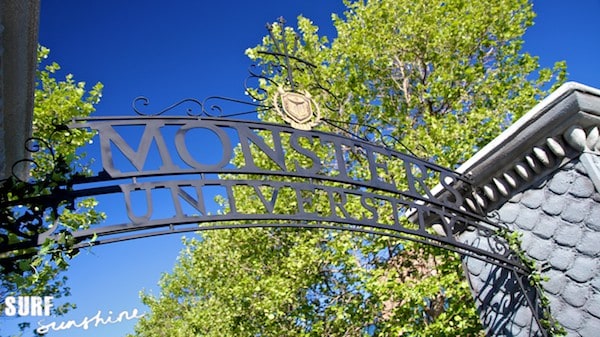 Remember last month when I attended Monsters University up at Pixar Animation Studios and took all those intensive courses? Well I just got an alumni notice for a special Monsters University Class Reunion June 17-19! Since we already aced our classes, this trip will be packed with fun, as we get to get a preview of Disney Home Entertainment’s upcoming releases AND a secret surprise from some Disney frat buddies!

AND, if that weren’t enough, rumor has it that Mike and Sulley have finally finished their student film about college life at Monsters University! I’ve been invited to their premiere screening and a monstrous blue & white tailgate party afterwards sure to be filled with plenty of shenanigans! YES!! I’m so excited that I’m already looking for the perfect blue and white outfit. Do I go toga, cheerleader, home coming queen?? I can’t wait to see the guys again! We all loved Mike at class, but honestly, he is kind of a geek. I totally had a crush on Sulley though!! 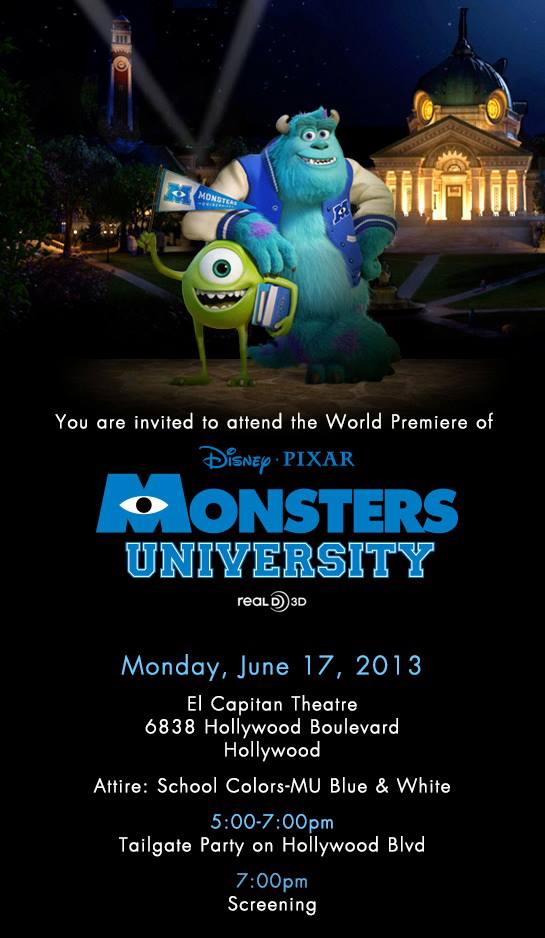 Of course, we were like the “test class”, but the official first day of school for ALL students (yes, that means YOU guys) is June 21 when Mike and Sulley’s film hits theaters everywhere. Mark it on you calendars so you won’t forget to load up the kids, and see how Mike and Sulley survived college life at Monsters University. I know that’s three weeks away, and the kids are already asking how much longer they’ll have to wait, so I was able to sneak into the student film building and grab a couple reels! (SHHH! Don’t tell Dean Hardscrabble – she’ll totally be mad!!)

The first reel shows that hilarious night that Sulley steals Archie the pig, the rival school’s mascot. We all just about died laughing at them running around trying to catch him while he was loose in Mike’s dorm room!

Archie is one slippery little pig and ends up leading the guys out of Mike’s room and down into the middle of Fraternity Row where pledge night is in full swing. I almost pee’d my pants as Mike flew by riding Archie like a horse. Turns out all the commotion caught the attention of ROR (Roar Omega Roar) and they asked Sulley to join! It was exactly what he wanted to have happen – we were so happy for him!

Unfortunately, through some events and because of some monsters who shall not be named (ahem), Mike and Sulley end up pledging Oozma Kappa together – the total dweeb squad. You’ll get to meet Squishy’s Mom in this reel, she is one of my favorite monsters!

Make sure and stay tuned for more details from the “Monsters University” premier eat the El Capitan in a couple of weeks. #MonstersUPremiere