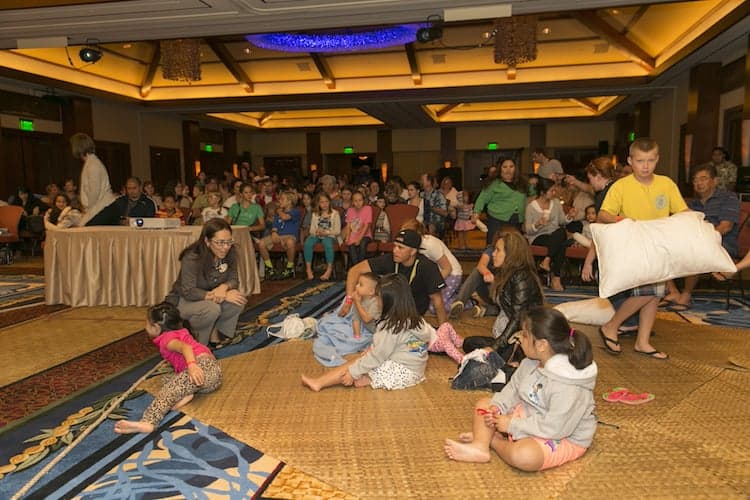 Disney’s The Pirate Fairy may not be in theaters until April 1st, but guests staying at Disney’s Aulani Resort and Spa in Ko Olina, Hawaii were able to enjoy a pre-release screening of the newest swashbuckling fairy adventure on Saturday evening. 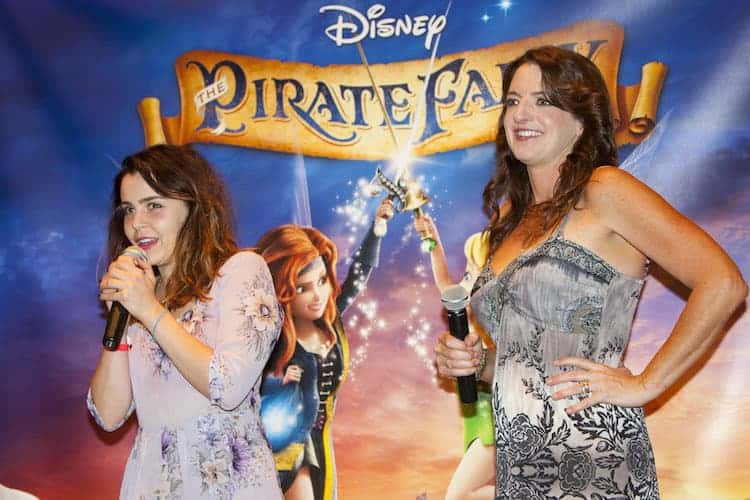 Hosted by Mae Whitman (voice of Tinker Bell) and producer Jenni Magee Cook, The Pirate Fairy was a huge hit with vacationers, especially those who are fans of both “Peter Pan” and the “Tinker Bell” movies!

We here at Surf and Sunshine have already enjoyed a pre-release screening of the film and truly believe that the film is great for the entire family. Following Zarina, a smart and ambitious dust-keeper fairy whose wild ideas get her into trouble, the worlds of “Peter Pan” and “Disney Fairies” combine for an epic adventure!

Official Synopsis: From the world of “Peter Pan” comes “The Pirate Fairy,” a swashbuckling new adventure about Zarina (voice of Christina Hendricks), a smart and ambitious dust-keeper fairy who’s captivated by Blue Pixie Dust and its endless possibilities. When Zarina’s wild ideas get her into trouble, she flees Pixie Hollow and joins forces with the scheming pirates of Skull Rock, who make her captain of their ship. Tinker Bell (voice of Mae Whitman) and her friends must embark on an epic adventure to find Zarina, and together they go sword-to-sword with the band of pirates led by a cabin boy named James (voice of Tom Hiddleston), who’ll soon be known as Captain Hook himself.

To celebrate “The Pirate Fairy” setting sail on April 1st, here are three reasons why your family should join in on the animated adventure:

With all the success of the Tinker Bell and Pixie Hollow animations, it’s actually quite surprising that the two worlds have never met before. Acting as a prequel to the Peter Pan story, viewers are able to see some of their favorite (and most hated) characters before they become their most well-known selves and learn a side to some of these classical characters that is a bit more approachable. ‘The Pirate Fairy’ takes place well before the days of Captain Hook as we know him, with a mixture of pillaging and plundering and classic Tinker Bell adventures that both boys and girls can enjoy.

There’s a few very catchy songs in ‘The Pirate Fairy’ including my favorite, The Frigate That Flies. According to director Peggy Holmes, having songs added into this film was a natural progression, given that swashbuckling songs are typical of pirate films.


The film’s main cast all joins in on the singing and dancing, with James (voiced by Tom Hiddleston) showing off his vocal abilities in a variety of songs, including in the special feature above.

Not much needs to be said besides that Croc himself is a reason to watch this film. Made while in a drawing room with John Lasseter, Croc was designed to be ‘toddler-like’ and ‘lovable’ and boy is he ever! Hatching before the fairies, Croc becomes the adorable baby of the film, who provides hugs when needed and overall provides a fan favorite to root for.

For more information on the film visit: http://fairies.disney.com/the-pirate-fairy and make sure to watch ‘The Pirate Fairy’ when it is released April 1, 2014.