It doesn’t matter how much you prepare for your baby, when something goes wrong, all that preparation crumbles.

During both of my pregnancies, I went into labor at just 31 weeks. After being hospitalized for days, I was sent home to wait it out and do my best to get closer to my due date. With my first son, he was born a month early and had to remain in the NICU for three days before he could come home. With my second son, I thought I was ready for a similar experience.

I thought I knew what to expect when he also arrived a month early, but I was so very wrong. 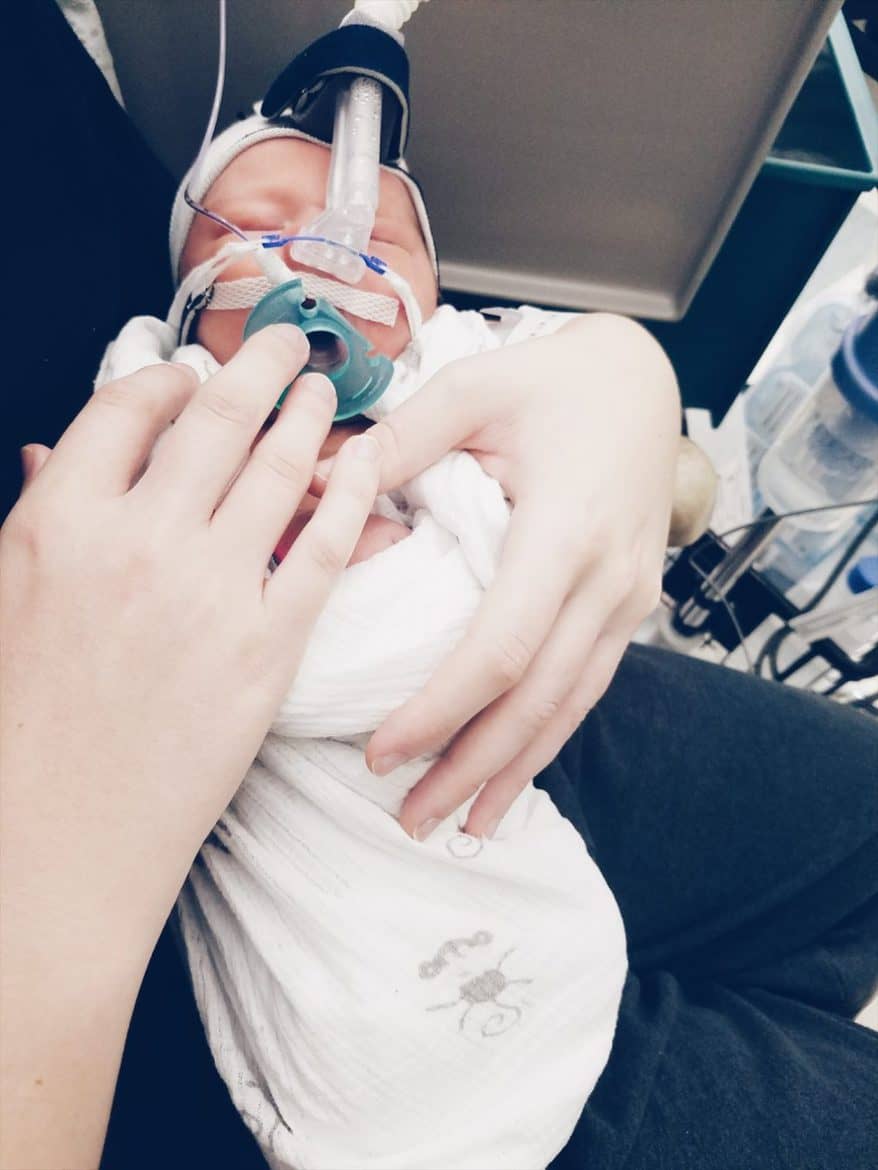 When he was born, the doctor handed him to me, and I immediately knew something wasn’t right. His skin was a pale, grayish color, and he was quiet except for a struggling, labored breathing. There were no sweet little wails as I held him for the first time, and I could feel the icy fear of anxiety rise inside of me.

I glanced up at the doctor, and I saw her looking at the nurse as she tapped her watch. A silent sign that something was wrong. They scooped up my son, doing their best not to scare me and took him to the incubator to assess his breathing. His little lungs weren’t quite ready to do all that work on their own.

It didn’t matter that I thought I was prepared, and I knew what to expect. I wasn’t.

You are never prepared to see your baby utterly helpless. The world stops, and nothing else matters. It was torture to see him laboring to breathe on his own. With so many tubes and machines hooked to him, it was difficult just to hold him. I sat by his side holding his little hand and did the only thing I could – wait for him to get better.

He was in the NICU for a week before I could take him home, and all those first moments of his life were overshadowed by fear and anxiety. 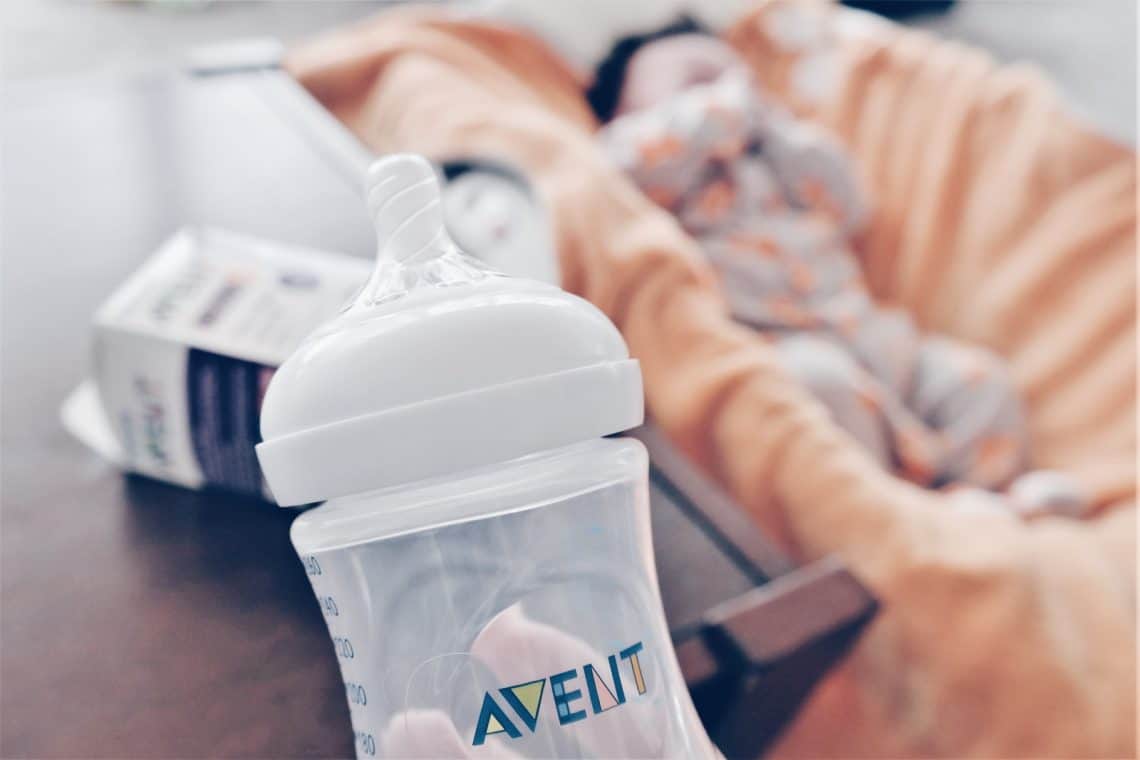 With both of my sons, feedings didn’t go as planned. Because they were born early, they had difficulty suckling, more so with my second son. I didn’t get to breastfeed right away as I had planned, and I had a hard time getting my milk to come in especially since I was separated from my babies the first days after they were born.

After considerable research, I decided to try bottles.

They have 30 years of experience collaborating with parents to create products to give babies the best possible start, and they are the #1 brand of baby products recommended by moms worldwide. I wanted a brand that was tried and true, not a new fad.

When multiple moms recommend a brand to me, it says a lot about that brand, and I took comfort in the fact that Philips Avent was such a trusted company.

After having my second son last fall, I was thrilled to see that Philips Avent had just introduced new bottles this January 2018. I tried the Philips Avent Natural bottle, and this has truly made feedings better for me and my son. My little guy took it with such ease!

When we finally brought him home, there were times that it seemed he would forget how to suckle. However, the Philips Avent Natural bottle has an ultra-soft nipple that resembles the breast and a flexible spiral design paired with comfort petals on the inside to increase flexibility and softness so it is easy for him to latch.

The best part is that it allows for both breast and bottle feeding without creating confusion.

The bottle can even be used to mix and match with the Philips Avent breast pump, and the wide neck bottle allows for easy cleaning without numerous parts to wash. And let’s face it, as moms, we all need less things to wash!

Its unique design also means there won’t be nipple collapse during feedings, and the Airflex vent technology helps vent air away from the tummy in order to help prevent colic and discomfort. The bottle has a unique shape that makes it easy to hold even for baby as they begin to use their hands.

I also love that as my son grows, there are varying nipples that feature different levels of softness and increasing flow rates to accommodate his needs. 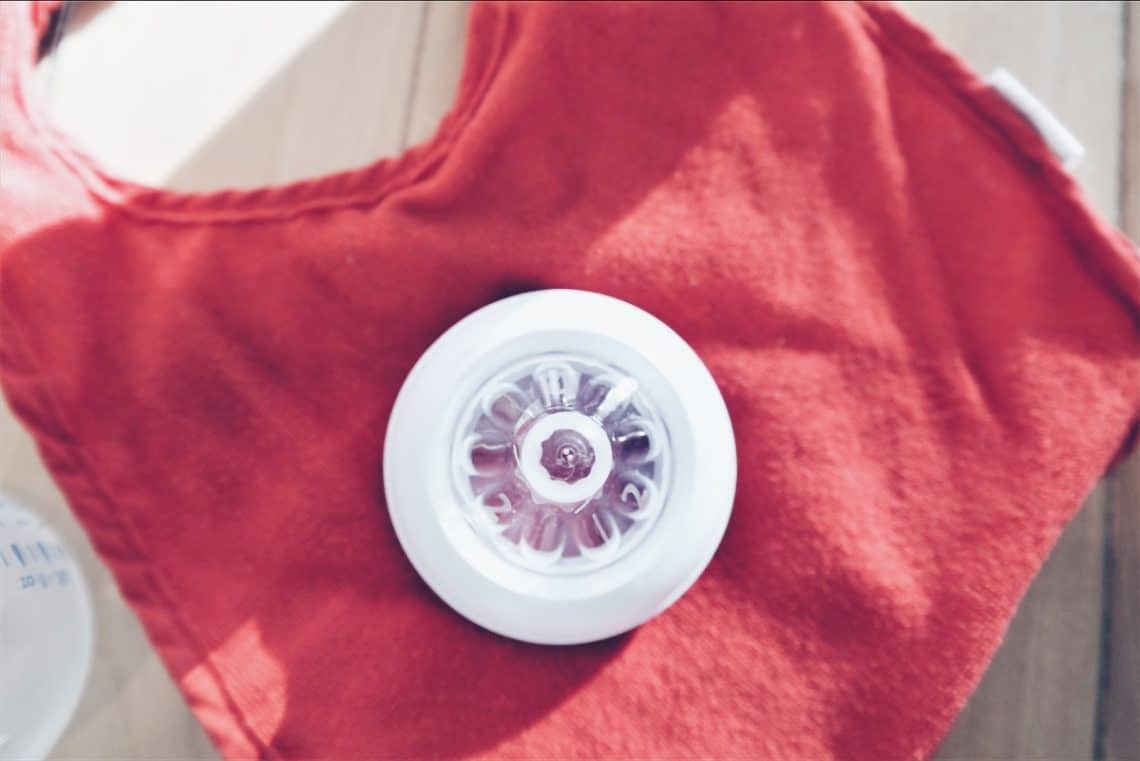 While the Philips Avent Natural bottle is the bottle that worked best for us, Philips Avent also now offers the Philips Avent Anti-colic bottle with AirFree vent, which is perfect if your baby has feeding issues. It is specifically designed to help babies swallow less air by keeping the nipple full of milk during the feeding, ultimately helping to prevent feeding issues such as gas, reflux and colic.

Having a new baby is hard enough, when they are uncomfortable and gassy, it can be outright miserable.

This Anti-colic bottle is designed with a vent that draws air away from the nipple, keeping it full of milk (even when the bottle is horizontal) so less air is ingested. Studies have even shown that babies fed with the Philips Avent Anti-colic bottles were 60% less fussy than those fed with other bottles, thanks to the special valve that prevents vacuum build up and helps prevent colic. 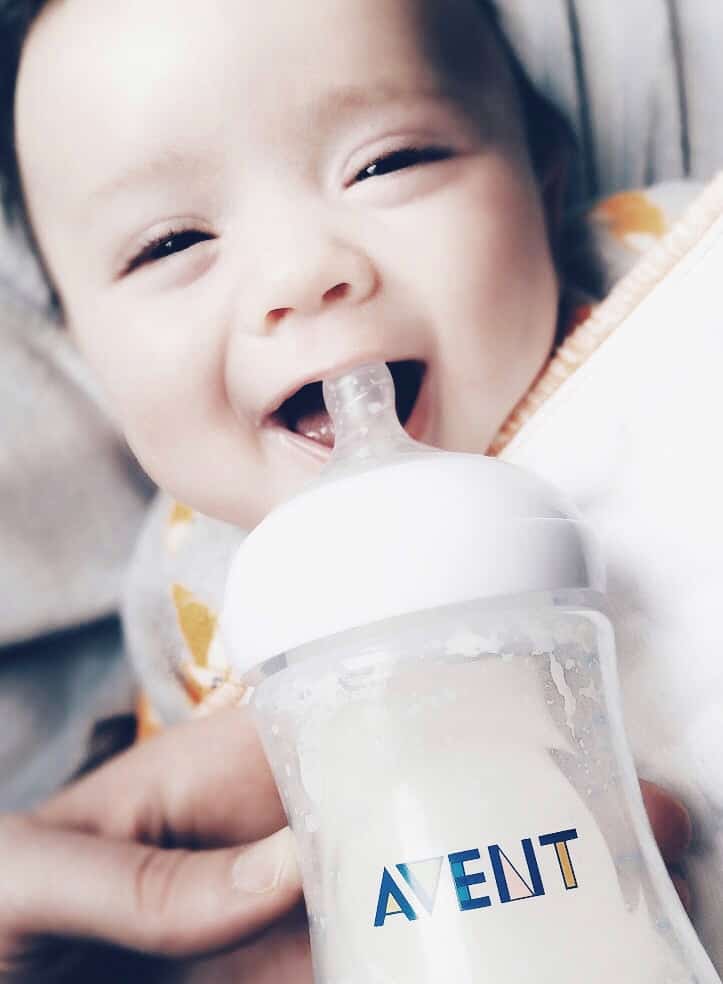 Philips Avent has such a wide variety of products to fit the needs of every mom that it was really an easy choice for my sons. As moms, our children are unique and special to us and that means their needs are too. We want products designed to meet those needs and help us keep some of our sanity too.

Philips Avent has been working for decades to help moms find what works best for their babies, and I can’t be happier with their bottles. They make it easier and more convenient to feed my boys even though they presented with their own unique difficulties.