Each year in March, our family takes an annual trip to Whistler Blackcomb in British Columbia, Canada. In March of 2009, Ben and I took our annual ski vacation and in November 2009 our son Whistler was born…you do the math.

Maybe it’s his name or maybe he just plain got it from Dad, but this kid has always loved the snow and was an instant “natural” on skis. Since then, the trips have become even more special. 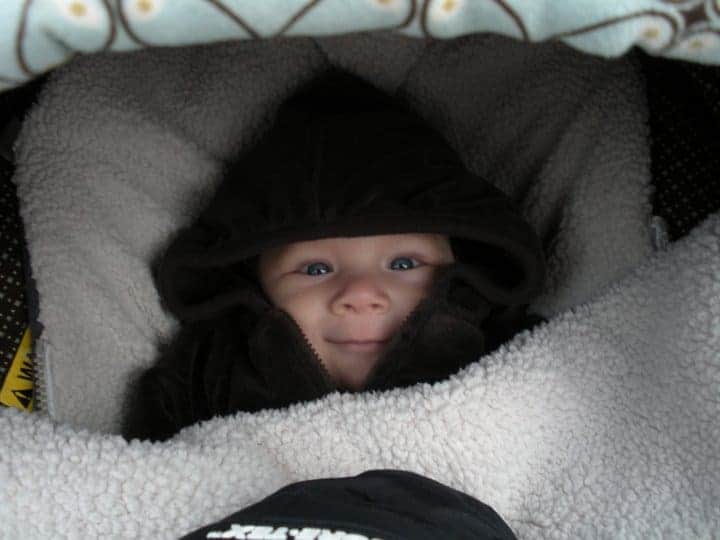 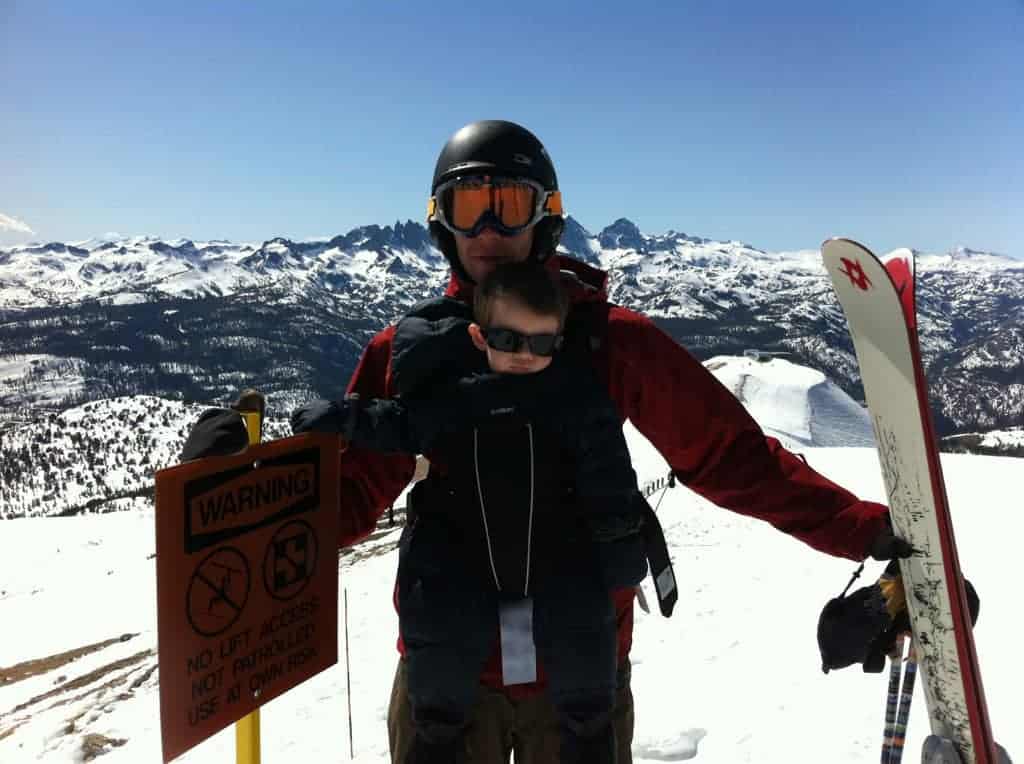 We went ahead and got the Lucky Bums Ski-Trainer Harness as well, preparing for a lot of falls and a lot of hard work but quickly discovered that at just a little over 2 years old, Whistler was born to ski.

Without even trying a “bunny slope”, Ben sent him on his way down a regular green with everyone else and he made it down without falling once in the two runs he tried.

With how well he did last year, this March we decided to sign Whistler up for the Whistler Ski School for Kids.

While Whistler was not too thrilled with the idea of us leaving him with a stranger, we were confident that this was the best thing we could do to nurture his innate snow skills. 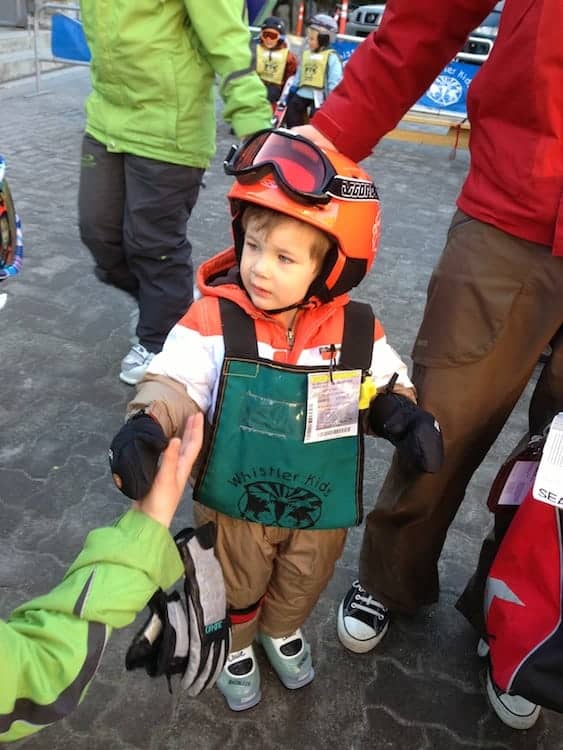 The kids are provided a hot lunch, snacks and multiple breaks depending on their age group and stamina level.

More than just learning to ski, the kids spend the day with their instructor sliding, exploring, learning and playing.

Because they’re outside so much we were asked to make sure W came fully equipped with warm clothing, all of his ski gear, a helmet, goggles and even lip balm.

Parents are asked to watch from afar or phone in to make the transition easier on the kiddos.

Even though the Whistler 2 Day Ski School is for kids of all ages, they are broken into groups to accommodate ability, attention span and stamina.

There weren’t any other 2 year olds, so Whistler was placed with the 3 and 4 year olds. Learning and play was intermixed with frequent breaks and story time between 11:30 a.m. and 1:00 p.m.

The school is focused on learning to slide and ski, but also creating a fun time for the kids. It was reassuring to know that there were only a maximum of 5 kids per instructor.

I loved knowing he would be receiving individual attention and that the instructor would be able to ensure everyone was kept safe as well.

His teacher was impressed with his ability and made adaptations to her planned activities for the second day to accommodate his skills, which I thought was fantastic!

By the end of day 2, he didn’t want to leave Ski School or his teacher.

Ben and I both agreed that putting him into the Whistler Kids Ski School was well worth the investment.

Not only did we see a marked improvement, but the kid just couldn’t get enough.

Even after skiing all day on his own (remember class is from 9:00 a.m. – 3:30 p.m.) he INSISTED that he take 1-2 more runs with Daddy on the mountain until the lifts closed down.

Since we take a yearly trip to Whistler, I love that he can keep coming back to the school to learn new things. Maybe someday he will get the chance to try the Ski with an Olympian program.

Til then, he’ll just have to follow in Dad’s oh so cool footsteps.