Have you always wanted to visit Falkland Islands? The Falkland Islands (also known as Islas Malvinas) are a place of wonder and peaceful ambiance surrounded only by the eternal blue swelling of ocean water.

A variety of wildlife call these Islands home, and they can be seen happily frolicking on the rocky shores.

It is a place where many settlers have come to lay claim, and visitors travel to experience its untamed charm.

Where are the Falkland Islands?

In the waves of the Atlantic ocean, some 3,000 miles north of Antarctica is an archipelago standing strong against the frigid battering of the sea, defiant in its wild beauty.

The Falklands consist of two main islands in the archipelago with a cluster of 778 surrounding islands.

The two main islands are known as East and West Falkland.

The Falkland Islands are a place of unblemished beauty and scientific significance in both geology and wildlife.

It is a peaceful community built upon the hard work of generations, and the continued work of present generations determined to keep the Islands strong, sufficient, and in their natural state.

There are tons of things to do on the Falkland Islands aside from admiring the animals including hiking, fishing, kayaking, climbing and mountain biking.

On the East Island is the capital of Stanley, the southernmost British outpost in the world. This is where most of the population lives.

With less the 3,000 people on the Islands, it is a place of strong community where many lineages can be traced back nine generations.

The Islands were first claimed in 1765 by Britain, but over time there were also French and Spanish settlements.

However, in 1832 Argentine forces invaded for three months before being forced out by the Royal Navy.

The Islands continued to grow and established the capital of Stanley.

It was a peaceful but sufficient existence until 1982 when Argentina invaded once again and occupied the Islands for over seventy days.

The British forces liberated the islands, but sadly almost 1,000 lives were lost in the battle.

It’s clear to anyone who visits nowadays that the residents of the islands are proudly British, displaying flags and other symbols of nationalism at every opportunity.

Over time, the Falklands have become stronger and more than self-sufficient.

Due to a large organic agriculture industry, the Falklands maintain their own economy with zero unemployment.

The wool production that once dominated the GDP, has now been replaced by the fishing industry.

However, the community is working diligently to create diverse forms of industry.

With plans to boost the production of fruits, vegetables, and meats as well as involvement with the production of oil and gas, the Falklands and its people are eager to continue the hard work that has been their foundation of their community.

Probably the most notable visual attraction in Stanley is the Christ Church Cathedral on Ross Road.

It is the southernmost Anglican cathedral in the world, built in 1892.

Quite simple by mainstream cathedral standards, it is still one of the most beautiful buildings in the Falklands.

Its modest steeple and shape may not be overly ornate, but the Shackleton Banner hangs inside and it shows off an unusual monument in the yard.

The prominent arch made from the jaws of two blue whales was erected in 1933 to commemorate 100 years of British rule, but today also reminds us of the once prominent whaling industry.

On East Falkland, just 20 km NW of Stanley, are a variety of fossils and geological formations with historical significance.

In fact, Charles Darwin travelled frequently to the Islands studying the geological findings which inspired his work on “Origin of Species.”

One of the most beautiful finds on the Falklands are the stone runs.

These land formations look like a sea of rocks, and it was caused during the first ice age from cycles of freezing and thawing.

The largest stone run in the Falkland Islands is known as the Princess Street, and it is almost a mile wide and about 2 miles long.

It is the biggest stone run of its kind in the world.

The formations on the Islands tell about its history, and prove that the Islands once existed on the east coast of South Africa.

The oldest rocks are almost a billion years old, and they are an important piece of geological history.

While the Islands are a place of serenity, it is the rare and untouched wildlife that attracts many of the visitors.

The stunning coastline is free of crowded developments and allows for up close interactions with marine life as well as the variety of birds and the immense flora and fauna that cover the islands.

One of biggest wildlife attractions (literally!) is the pinniped mammal as the Falkland Islands have the largest seals, sea lions, and walruses in the world!

Visitors can catch sight of these animals along the shores in addition to frequent orca whale sightings.

The Falkland Islands penguins are a favorite sight, as it is home to five different species of penguins – Rockhopper, Gentoo, Magellanic, King and Macaroni.

Of the five species, the endangered Rock Hopper penguin can be found nesting on West Point.

Instead of being orange, the feathers are instead yellow and black, shaped in a crest.

They have blood red eyes and are one of the world’s smallest penguins at just 50cm tall.

Rockhoppers mainly hang out and nest amongst the rocks and cliffs. But how do they get up there?

They actually propel themselves out of the water and land on the rocks with a big belly flop! It’s quite the sight to see.

The Falklands are the world’s most important site for these penguins whose existence is being threatened.

The Falkland Islands’ dedication to conservation has helped protect the Islands and keep them pristine and flourishing for future generations. 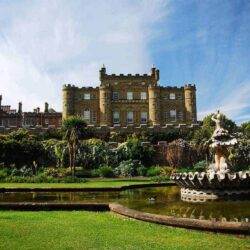 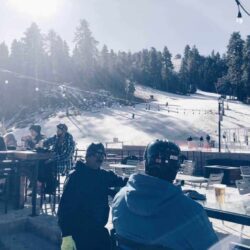 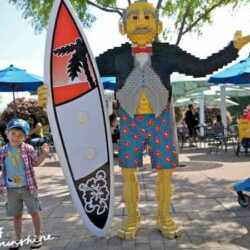 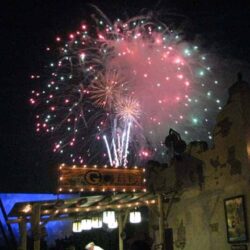 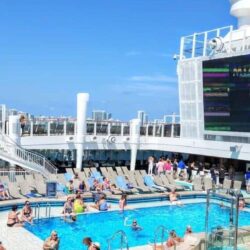 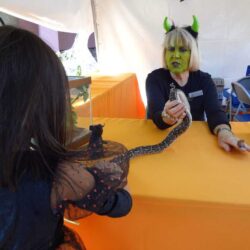 In the spirit of scientific research, the South Atlantic Environmental Research Institute was opened in 2012.

Based in the Falklands, it strives to conduct world class research in natural and physical sciences.

Working in the southern Atlantic ocean and extending into Antarctica, the SAERI is accepting research proposals, training students, and creating a research center that will explore the environmental science of the area.

You’ll also find plenty of Striated Caracara in the Falklands. A type of falcon, they are opportunistic feeders and will eat just about anything.

A favorite meal is baby penguins and you’ll also find them scavenging on the carcasses of dead animals.

Striated Caracara has also been seen overturning rocks for food, which shows problem-solving skills as well as the ability to adapt.

They are considered very smart birds!

Fun Facts about the Striated Caracara